This could be a transportation game-changer. 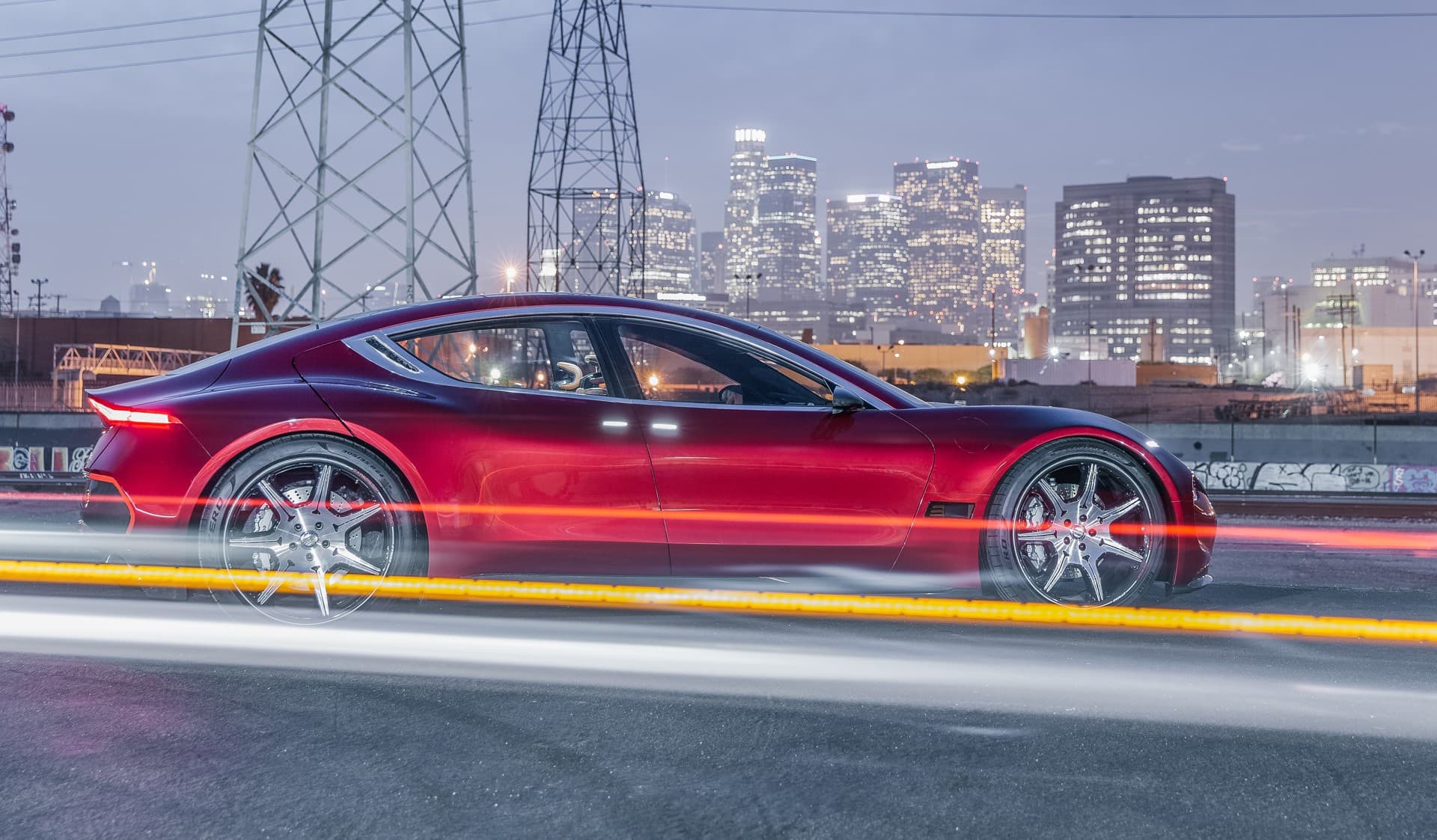 Henrik Fisker, a former chief designer for Aston Martin, claims that he will soon revolutionize the world of electric cars with a new, superior battery. After leaving the luxury car brand, Fisker started his own company and has filed patents on a new type of solid-state battery, which can be charged faster and has greater capacity than leading lithium-ion batteries, at least in theory.

In an interview with The Irish Times, Fisker said that “Everyone has gone down a road of working on what we call thin-film sheet batteries. One of the early scientists who worked on these was Dr Fabio Albano." When Albano left the company Sakti3, he brought his ideas for the next development in battery technology to Fisker.

“The breakthrough that Fabio brought to me, just over a year ago, was a development of the solid-state battery, and he said that he wanted to bring this battery into Fisker, and he really wanted to get it into a vehicle. He believed that he was close to a breakthrough,” Fisker told The Irish Times.

For now, the details of this collaborative design remain undisclosed. However, we do know that it will be able to hold 2.5-times the energy of a traditional lithium-ion battery and it will charge at a much faster rate. Fisker even suggests that this battery could be charged in as little as one minute.

In addition to these advantages, this mysterious solid-state battery would outprice competitors like Tesla that still use conventional lithium-ion batteries for their electric cars. According to Fisker, "the unique thing about our battery is that the solvent that we use to build the battery is the cheapest one you can get – water."

So far, the company has only showcased the battery at CES. But, should it amount to a commercially-viable product, the lithium-ion batteries that currently power electric vehicles (EVs) could give way to these batteries and EV capabilities and range could seriously advance.

Disclaimer: This article has been updated to reflect the fact that the battery was showcased at CES.

Read This Next
Stay Away
Tesla Is Having Extreme Trouble Hiring, for Some Reason
It Was the Tesla
Manslaughter Case Has a Strange Twist: Tesla That Killed Couple Was on Autopilot
Full Self-Delusion
Survey: 42% of Tesla Autopilot Drivers Think Their Cars Can Entirely Drive Themselves
Musk Antics
Elon Musk Has a Big Problem on His Hands
Please Elon
Why These Tesla Owners Are Going on a Hunger Strike Against Tesla
More on Advanced Transport
No Shortage of Money
7:48 PM on the byte
Tesla Short Sellers Are Suddenly Making Money
RoboHell
6:21 PM on the byte
Can We Please Stop With These Offensively Stupid "Robotaxis"?
Apple Car News
Yesterday on the byte
Apple Gives Up on Making Its Upcoming Car Fully Autonomous
READ MORE STORIES ABOUT / Advanced Transport
Keep up.
Subscribe to our daily newsletter to keep in touch with the subjects shaping our future.
+Social+Newsletter
TopicsAbout UsContact Us
Copyright ©, Camden Media Inc All Rights Reserved. See our User Agreement, Privacy Policy and Data Use Policy. The material on this site may not be reproduced, distributed, transmitted, cached or otherwise used, except with prior written permission of Futurism. Articles may contain affiliate links which enable us to share in the revenue of any purchases made.
Fonts by Typekit and Monotype.