Mars "Appears the Size of the Full Moon" Hoax... Again 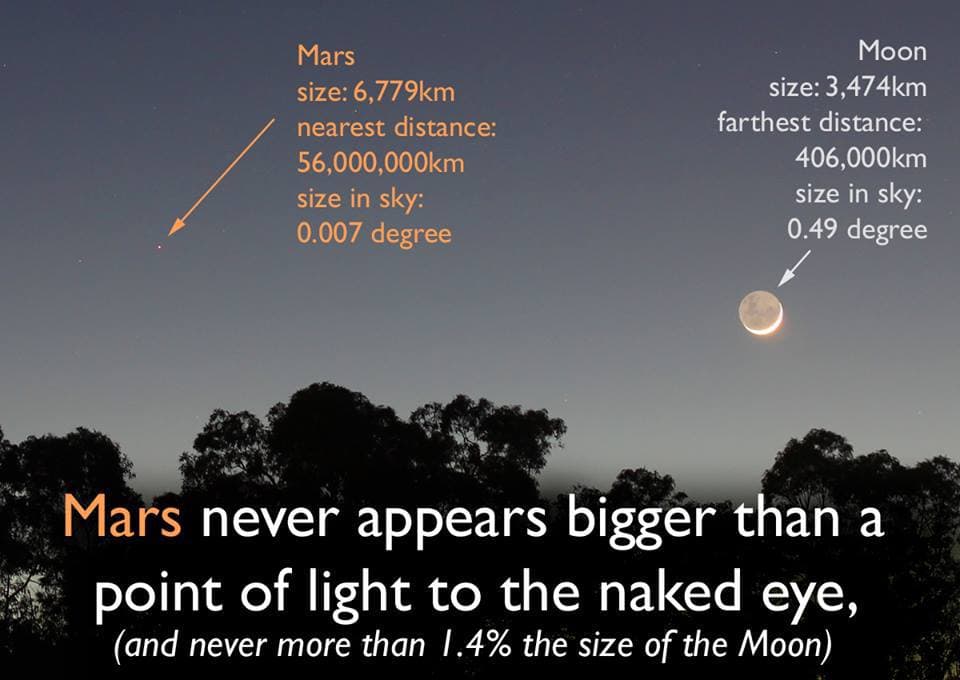 ALERT! A Mars hoax is making the rounds… Again.

I recently saw a post claiming Mars was going to appear as large is the full moon to the naked eye. That would be REALLY COOL… assuming it was real. Whereas my inner “I wish that was true” jumped with glee, my BS alarms went off and my hopes and dreams subsequently came crashing down.

For some perspective, here are some numbers for you:

What would it take for Mars to appear the same size of the Moon in our sky? Since Mars is twice the Moon’s size, it would have to be within two-times the average Earth-Moon distance. In other words, Mars would have to pass within about 768,800 km (477,800 mi) of Earth (or, about 72 times closer than its 2003 pass).

The hoax consistently places this phenomenal event to occur on August 27, so it’s affectionately been deemed “Mars Hoax Day.” This hoax has resurfaced every year since 2005 and shows no sign of slowing down.