Members of the House got their chance to take a swipe at the piñata that is the Facebook CEO. 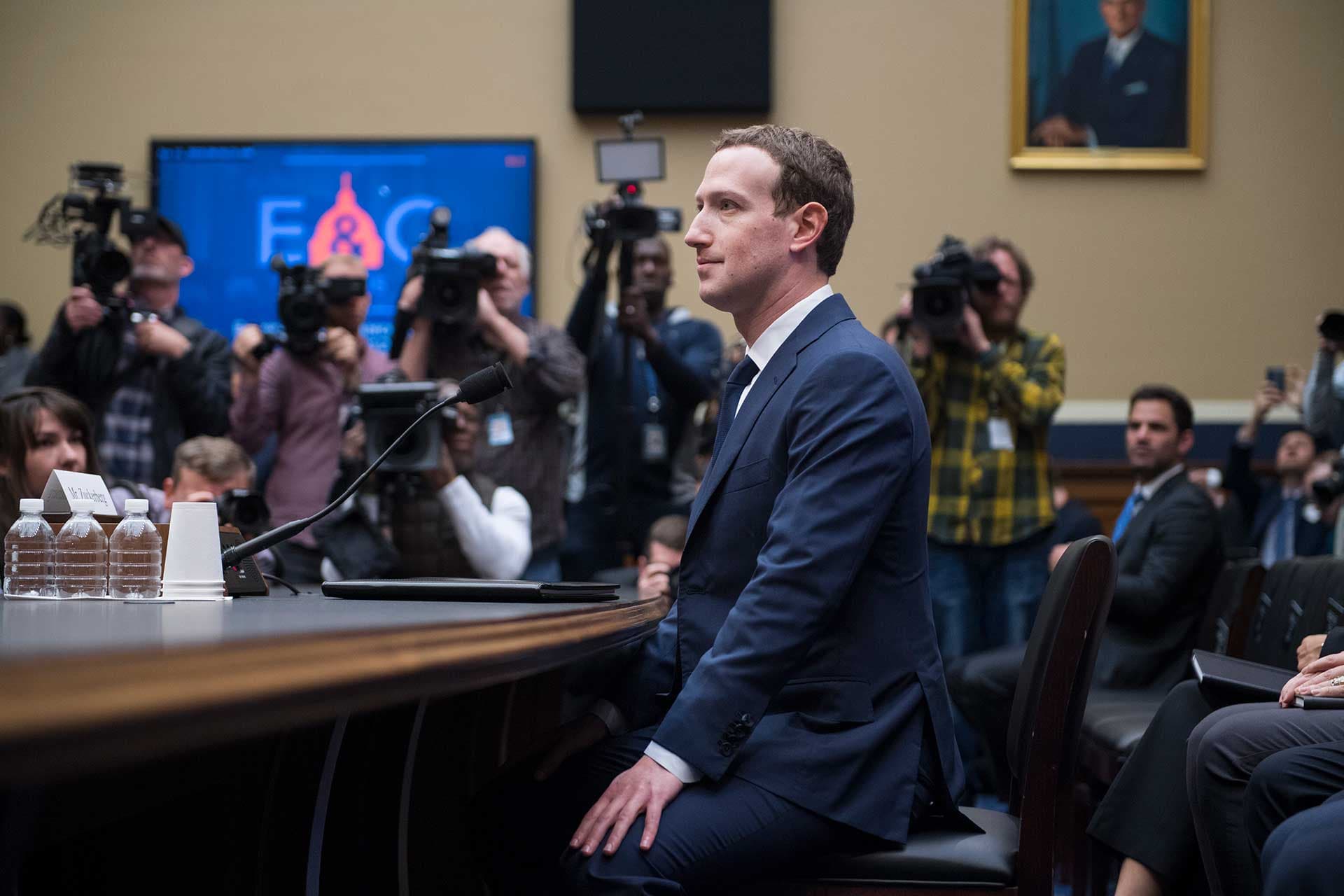 If you watched Mark Zuckerberg's testimony to Congress both today and yesterday, you might have felt like you're were stuck in some incredibly awkward (and somehow paler) version of Groundhog Day.

Lots of the same questions from lawmakers.

Lots of the same answers from Zuckerberg.

While yesterday's hearing involved a pair of Senate committees, today's testimony was for the benefit of the House Committee on Energy and Commerce. Each of the committee's members had four minutes to take a swing at the piñata that is Facebook's CEO, and a majority used their time to ask questions focused on the same topics the Senate covered yesterday. A brief recap:

Most of Zuckerberg's answers to the above echoed those he gave either to the Senate committees yesterday or in other statements. In general, though, the phrases that came out of his mouth the most were probably:

I'll have to look into that and get back to you.

So, lots of the same. But some things were different. Let's get into that.

"You are hurting people."

The lawmakers noted that drugs are often bought and sold through illegal pharmacies on Facebook, and pushed Zuckerberg to commit to stopping those pharmacies from posting ads. "With all due respect, Facebook is actually enabling an illegal activity and, in so doing, you are hurting people," said McKinley.

Bilirakis asked for a "definitive" answer as to when Facebook planned to remove the ads (as soon as possible after users flag them, according to Zuckerberg).

Cramer was even more direct in his questioning, asking how quickly Facebook would remove the ads if leaving them up resulted in a $1 million fine, possibly hinting at future regulations.

We saw a few visual references yesterday, including a hefty printout of Facebook's user agreement, but House members seem to really like their props.

McKinley had images of ads selling opioids, while Rep. Marian Walters (D-CA) prepared screenshots of Facebook's app and photo privacy settings so she could ask Zuckerberg to explain the difference between them.

Later, Rep. Jeff Duncan (R-SC) brandished a pocket-sized copy of the U.S. Constitution during his questioning, noting that he had a copy he wanted to give Zuckerberg after the hearing.

There's a lot Zuckerberg doesn't know (or says he doesn't know) that House lawmakers think he should. And they weren't afraid to call him on it.

"You are collecting personal information on people who do not even have Facebook accounts. Isn't that right?" asked Rep. Kathy Castor (D-FL). After Zuckerberg gave his response - "I'm not sure. I don't think that that's what we're tracking." - she gave her own: "No, you're collecting."

Rep. Diana DeGette (D-CO) asked Zuckerberg some version of "You're the CEO, right?" three times when he denied knowing the answer to her questions about Facebook's goings on, seemingly implying that he should know.

Rep. Debbie Dingell (D-MI), meanwhile, was equally unimpressed with his knowledge base, rattling off a list of six "key facts" Zuckerberg said he didn't know during the course of the hearings.

For now, Zuckerberg will get to go home, robotically drink some  water, and take a well-deserved rest. The scrutiny is guaranteed to continue in the morning.

Read This Next
Confrontation is Hard
Former Facebook Exec Says Zuckerberg Has Surrounded Himself With Sycophants
Zesus
Interesting Theory: Mark Zuckerberg Is Trying to Become God and Build Heaven
Make Mark Happy
Facebook Employees Seem Completely Confused by the Metaverse
Midlife Crisis
Rumors Swirl That Mark Zuckerberg Is Fighting at a UFC Show
Mark's Bad Year
Layoffs Hitting Facebook as Zuckerberg's Vision Stumbles
More on Future Society
Musk Rats
Yesterday on the byte
Twitter Is Quietly Re-Suspending the Lunatics Elon Musk Let Back On
Going Wireless
Wednesday on futurism
Hackers Took Over a Subdomain of Wired.com for Several Months and Replaced It With Sleazy Online Casino Content
Spreadsheet Guy
Tuesday on the byte
Sam Bankman-Fried Posts Excel Docs That He Says Shows Nothing Was His Fault
READ MORE STORIES ABOUT / Future Society
Keep up.
Subscribe to our daily newsletter to keep in touch with the subjects shaping our future.
+Social+Newsletter
TopicsAbout UsContact Us
Copyright ©, Camden Media Inc All Rights Reserved. See our User Agreement, Privacy Policy and Data Use Policy. The material on this site may not be reproduced, distributed, transmitted, cached or otherwise used, except with prior written permission of Futurism. Articles may contain affiliate links which enable us to share in the revenue of any purchases made.
Fonts by Typekit and Monotype.