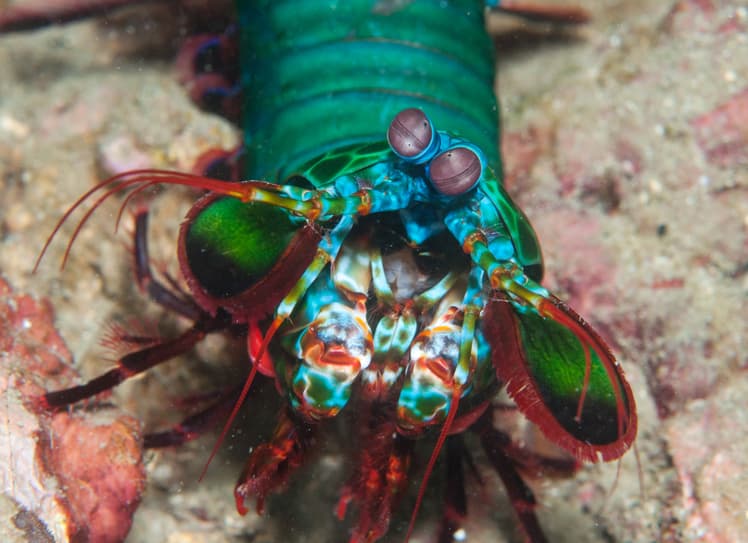 The mantis shrimp is pretty cool and has been full of surprises. Recently, scientists discovered that the mantis shrimp possesses another incredible ability; it can actually see various types of cancers. In a clever stroke of ingenuity, scientists have replicated the shrimp's eyesight and put it into a camera that could be used in the future.

The mantis shrimp is able to see cancer because they have compound eyes. Their 'unique' eye structure is very sensitive to polarized light. This is useful for scientists because polarized light reflects differently depending on the type of tissue it hits, and this includes a unique reflection for cancerous tissue.

"We see color with hues and shades, and objects that contrast – a red apple in a green tree for example – but our research is revealing a number of animals that use polarized light to detect and discriminate between objects," said Justin Marshall, a researcher at the Queensland Brain Institute, "Humans can’t see this, but a mantis shrimp could walk up to it and hit [the cancer]."

Marshall and his team are currently trying to develop a camera capable of using polarized light the same way a mantis shrimp does. If successful, the end game could actually include getting these cameras into smartphones and such which would allow people to scan themselves for cancer in the comforts of their own home.

Today, many of the imaging systems we use to hunt for cancer use polarized light, but their limitations tend to be great. If successful, the "mantis shrimp cancer detector" could play a major role in helping doctors and patients find cancer early so it can be treated as soon as possible.