Man Sets Record for Farthest Flight on a Hoverboard 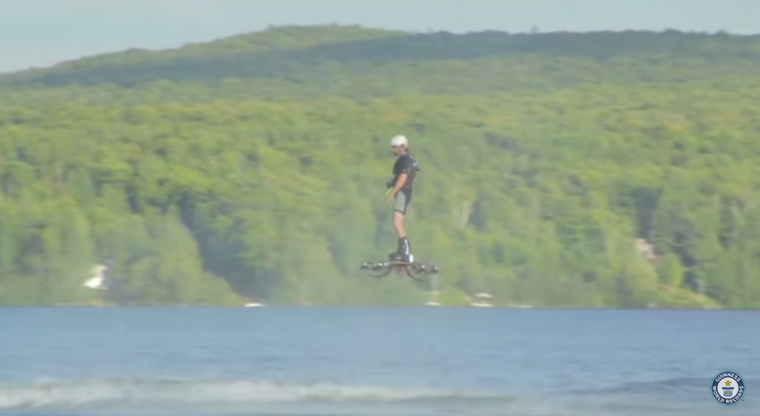 "Back to the Future" predicted that we would all be flying about on hoverboards by now. Unfortunately, this prediction proved to be a little bit off. But although we can't soar down the street and ride off into the sunset, we can soar around at least a little bit.

Case in point, the Guinness World Records recently stated that Catalina Alexandru Duru completed the farthest flight ever traveled on a real life hoverboard: 905 feet and 2 inches (about 275 meters). For comparison, a miles is 5280 feet (a kilometer is, well, 1000 meters). So he didn't fly terribly far, but this is just a prototype. With modifications, later models may be able to stay aloft and cover more distance. Duru was also able to fly 16 feet in the air (4.8 meters).

The machine was built and designed by Duru and is propeller-based (unlike prototypes developed by other companies, which rely on electromagnetism). Since it is propeller based, it can be used anywhere; however, as you see in the video, tests are done over water because of how high it can fly.