Scientists Might Have Finally Figured out How LSD Works

They asked 25 people to trip for science. 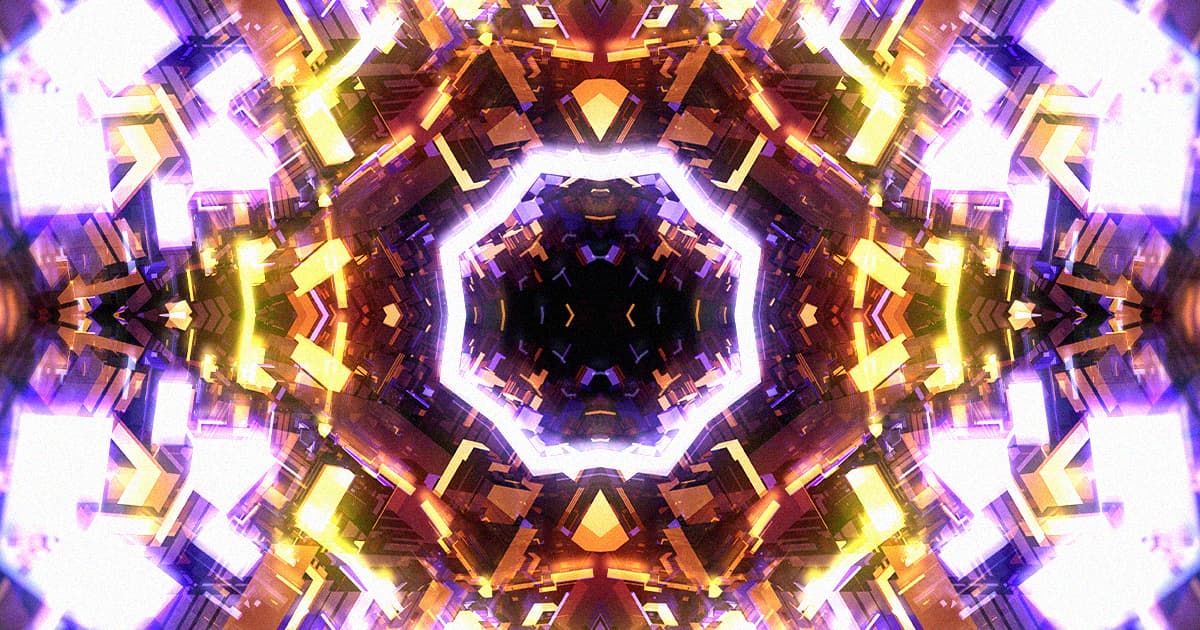 Since its discovery in 1938, the drug LSD — that's lysergic acid diethylamide — has puzzled researchers. They knew the drug had a profound effect on people, causing hallucinations and an altered state of consciousness, but they couldn't figure out why.

Now that could be changing.

A research team from the University Hospital of Psychiatry Zurich thinks it's figured out what's going on in the brain when someone "trips" — and the discovery could play a major role in future research on psychiatric disorders.

For their study, which was published in the journal PNAS on Monday, the researchers gave 25 volunteers LSD while scanning their brains. They also gave some of those volunteers ketanserin, a drug that blocks serotonin receptors. Serotonin is a neurotransmitter previously suspected of playing a role in the LSD experience.

When the researchers had the volunteers answer a questionnaire designed to determine whether someone is "tripping," they found that the people who took the ketanserin experienced none of the subjective drug effects of the LSD.

Now that we have a better understanding of how LSD affects the brain, researchers believe they can use that information to study disorders that produce the same effects as the drug, such as depression and schizophrenia.

"We are getting nearer to understanding the complexity of what happens with LSD in the brain," researcher Katrin Preller told The Guardian, "and that is particularly important if we are to develop new medicines."

Read This Next
Futurism
Researchers Used CRISPR to Manipulate the Social Activities of Ants
Futurism
Not Just a State of Mind: Scientists Locate the Physical Source of Depression in the Brain
Futurism
Scientists Identify 15 Genes Related to Depression, Thanks to Crowdsourced Genetic Study
Futurism
MRI Reveals How Schizophrenic Brains Can Regenerate, Opens New Doors for Treatment
Futurism
Scientists Have Discovered a Genetic Cause for Schizophrenia
More on Hard Science
It From Bit
Nov 22 on the byte
A Scientist Is Crowdfunding an Experiment to Check if We Live in a Simulation
Water Carrying
Nov 20 on the byte
Evidence Grows That Soggy Meteorites Gave Earth Its Oceans
Shroom News
Nov 20 on the byte
Scientists Build Circuit Boards Based on Mushrooms
READ MORE STORIES ABOUT / Hard Science
Keep up.
Subscribe to our daily newsletter to keep in touch with the subjects shaping our future.
+Social+Newsletter
TopicsAbout UsContact Us
Copyright ©, Camden Media Inc All Rights Reserved. See our User Agreement, Privacy Policy and Data Use Policy. The material on this site may not be reproduced, distributed, transmitted, cached or otherwise used, except with prior written permission of Futurism. Articles may contain affiliate links which enable us to share in the revenue of any purchases made.
Fonts by Typekit and Monotype.