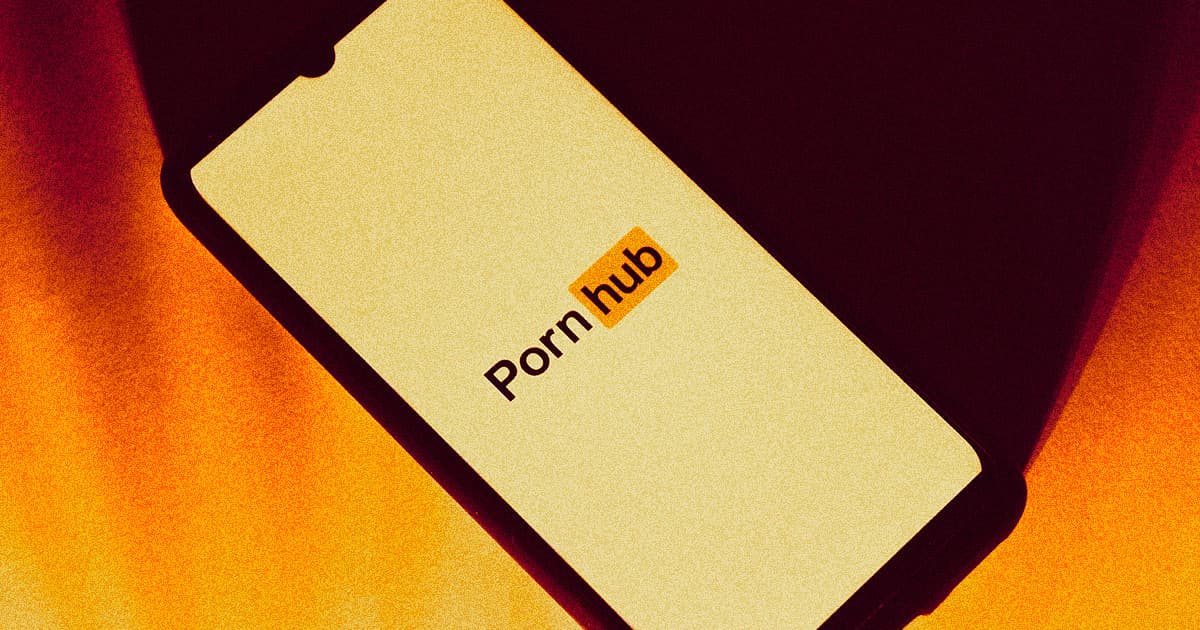 Minors "are getting unlimited access to it on the internet," Representative Laurie Schlegel, the author of the bill, told New Orleans' Fox8 News. "If pornography companies aren't going to be responsible, I thought we would hold them accountable."

But even so, the bill raises alarm bells. It feels invasive, critics say, and smacks of the sort of state surveillance and moral policing associated more with totalitarian states like Iran or China than the United States. At the end of the day, does anybody want the government peering at the smut they're watching? Is anyone sure it'll never leak, or that the data won't be used for nefarious purposes in the future?

"They claim that they don't keep all the information, that they'll just verify how old you are," Representative Mandie Landry, the only Louisiana house lawmaker to vote against the bill, told Futurism. "That's bullshit."

"I'm not sure where this information is actually going, who has access to it," said Blanchard. "And even if a representative that I've apparently elected is telling me that they're not collecting my information, I don't necessarily believe in that they have the grasp on the technology that would make me feel confident in the answer they're giving me."

Landry, an attorney, also pointed out that the law runs into more existential First Amendment questions that may render it both unconstitutional and unenforceable. And besides, she says, there are already many perfectly effective parental control systems out there.

"There's plenty of protections and programs that parents can put on phones and computers that don't run into First Amendment issues, or Commerce Clause issues, or data breach or overreach or anything," she added. "This is just way, way too far."

"There's a lot of loopholes," she added, and "negative angles to this."

And on top of it all, motivated adolescents — who are notoriously good at accessing any content they want, regardless of rules — will be able to outsmart the filter by obscuring their location with a VPN, many of which are available for free.

The law's advocates, of course, push back by saying they're just trying to protect kids.

"We require brick and mortar businesses to check ID before providing anyone access to this type of material but somehow we've given the internet a free pass," Schlegel said in a statement. "How does this make sense? And because it's free and easily accessible without any need to verify your age, hardcore pornography is just a click away from our children.

"I always like to tell people, 'This is not your daddy's Playboy,'" she continued. "What kids are seeing on the internet today is extreme and graphic, hardcore pornography."

Sex education in Louisiana, however, is far from comprehensive. Schools aren't required to tech sex ed at all, and if they do offer the program, parents are given the option of removing their kids from the class. Louisiana sex ed is also required to be an abstinence-only curriculum, a form of sexual education that researchers believe is harmful to kids' development as well as laughably ineffective at preventing outcomes like teen pregnancy and the spread of STIs. (This in mind, the CDC's most recent teen pregnancy stats have the state clocking in at third in the country for teen birth rates. And that's the 2020 number — post-Roe, Louisiana has a near-full ban on abortion in place, a reality that may have already exacerbated that figure.)

Also, critics point out, not everyone is a parent.

"I think we all agree that probably children and adolescents have too unfettered internet access. But I don't have kids in my household," said Blanchard. "I'm an adult, I should be able to watch material that is available to me that I pay for on my own devices with my own internet service."

And elsewhere, it may well be a major data liability, not to mention a discomforting digital overreach into citizens' bedrooms.

"It felt," said Blanchard, "like a total shock and violation."

Read This Next
Sounding Off
Adult Performers React to Law Requiring Photo ID to Watch Online Porn
Brands We Love
Why You Should Consider Becoming a Data Analyst this Year—And How to Start
Worst Timeline
Facebook Reportedly Let Marketers Advertise to Nazis
Privacy Tradeoff
San Francisco Built a System to Track Homeless People
Picture (Im)Perfect
1,300 Photos of Your Kids Will Be Online Before They're Teens
More on Future Society
Bird Crap
Feb 4 on the byte
It Looks Like Elon Musk Is Actually Building a Twitter Payment Platform
Balloon News
Feb 3 on futurism
China Says "Spy Balloon" Soaring Over America Is Completely Innocent
Down in Flames
Feb 1 on the byte
Elon Musk Apparently Thinks Twitter Is a "Flaming Dumpster Rolling Down the Street"
READ MORE STORIES ABOUT / Future Society
Keep up.
Subscribe to our daily newsletter to keep in touch with the subjects shaping our future.
+Social+Newsletter
TopicsAbout UsContact Us
Copyright ©, Camden Media Inc All Rights Reserved. See our User Agreement, Privacy Policy and Data Use Policy. The material on this site may not be reproduced, distributed, transmitted, cached or otherwise used, except with prior written permission of Futurism. Articles may contain affiliate links which enable us to share in the revenue of any purchases made.
Fonts by Typekit and Monotype.