This jet can take out traditional enemies and the threats of the future. 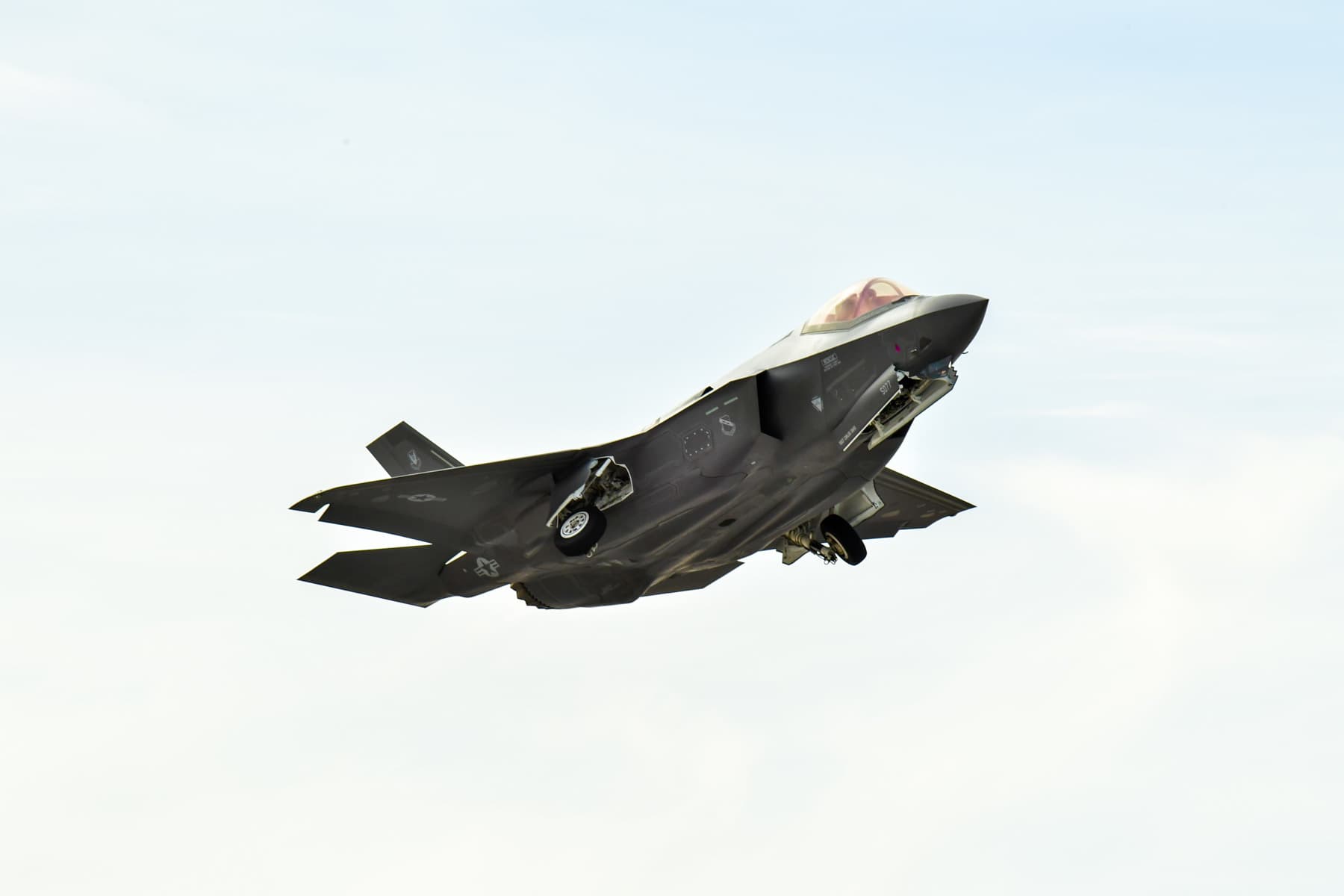 Each year at the Red Flag exercise organized by the United States Air Force Warfare Center (USAFWC), the air forces of several NATO countries gather at the Nellis Air Force Base in Nevada for a series of advanced aerial combat training exercises. This year, one fighter plane took center stage at the event, according to a report by Aviation Week.

Lockheed Martin's F-35 Lightning II stole the show, outperforming its competition with a ratio of 15 kills for every one F-35 that was downed — and it all happened in an increased threat environment. "In the past, the non-kinetic effects were not fully integrated into the kinetic fight," Air Force Cyber Forward director Col. Robert Cole explained in a statement.

"This integration in an exercise environment allows our planners and warfighters to understand how to best integrate these, learn their capabilities and limitations, and become ready to use [these combined resources for maximum] effect against our adversaries," he added.

Lockheed Martin's latest fighter is different from those that preceded it precisely because it's meant to face multiple threats at a time and react to increasingly complex warfare scenarios. The F-35 is the most advanced multi-role fighter "combining advanced stealth capabilities with fighter aircraft speed and agility, fully-fused sensor information, network-enabled operations, and advanced logistics and sustainment," according to Lockheed Martin.

This means that it's not just capable of taking on conventional threats and enemy surveillance, it can also deal with cyberthreats and electronic warfare. "Before, where we would have one advanced threat and we would put everything we had — F-16s, F-15s, F-18s, missiles, we would shoot everything we had at that one threat just to take it out — now we are seeing three or four of those threats at a time," Lt. Col. George Watkins told Aviation Week. "Just between [the F-35] and the [F-22] Raptor, we are able to geolocate them, precision-target them, and then we are able to bring the fourth-generation assets in behind us after those threats are neutralized."

In short, the F-35's advanced capabilities make it the fighter jet of the future, ready to take on more modern threats. As Watkin's said, "It's a whole different world out there for us now."

Read This Next
Force of Nature
"Biobots" Will Serve Alongside South Korean Soldiers by 2024
Futurism
Russia Is Pressing Forward with Its Autonomous Warfighter Program
Futurism
The US Plans to Spend $1.2 Trillion on Nuclear Weapons Over the Next 30 Years
Futurism
Russia's Next-Gen Combat Suit is Getting Tech That's Resistant to Nuclear Blasts
Futurism
Expert: The U.S. Needs to Do More to Prepare for Autonomous Warfare
More on Robots & Machines
Balloon Pop
Yesterday on the byte
Footage Shows Chinese Balloon Being Shot Down
From the Dept. of...
Thursday on futurism
The Best Mini Fridges of 2023
Blow Up Doll
Monday on the byte
Ukraine Accuses Russia of Using Inflatable "Dummy Tanks," Which Deflated
READ MORE STORIES ABOUT / Robots & Machines
Keep up.
Subscribe to our daily newsletter to keep in touch with the subjects shaping our future.
+Social+Newsletter
TopicsAbout UsContact Us
Copyright ©, Camden Media Inc All Rights Reserved. See our User Agreement, Privacy Policy and Data Use Policy. The material on this site may not be reproduced, distributed, transmitted, cached or otherwise used, except with prior written permission of Futurism. Articles may contain affiliate links which enable us to share in the revenue of any purchases made.
Fonts by Typekit and Monotype.