Lockheed Breakthrough In Nuclear Fusion Energy: Will It Work? 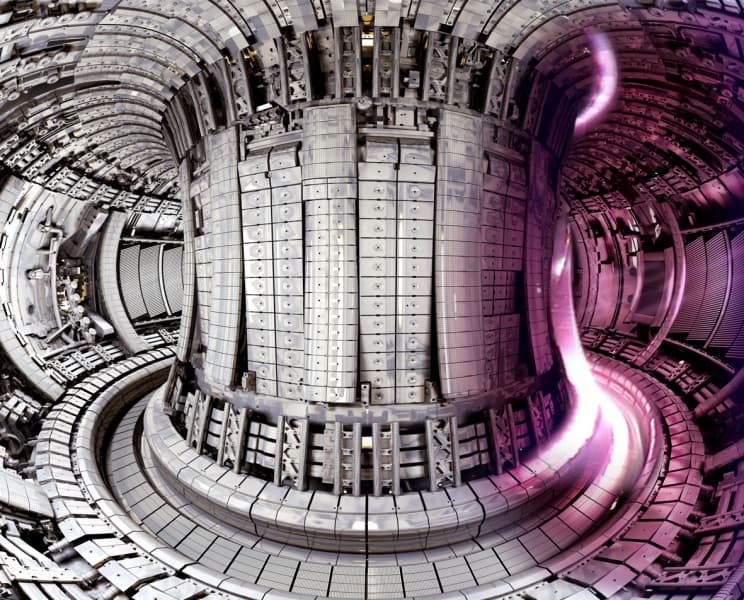 This week, Lockheed Martin announced an amazing new breakthrough in nuclear fusion reactors. If development is successful, this would completely  revolutionize energy production on our planet, allowing us to produce vast amounts of energy with little waste or cost. If that's not enough, the team asserts that the reactor will be small enough to fit on the back of a truck.

This reactor, like all fusion reactors, will mimic our Sun in that it fuses two hydrogen atoms into a single helium atom (conversely, nuclear fission breaks a single atom into two atoms). What's more, the reaction releases ten times more energy per mass as our regular fission reactors, and it does so without all the harmful nuclear waste. According to company, the major breakthrough in this new development relies on the use of a small “magnetic bottle” that would be able to contain the hundreds of millions of degrees of heat that is created by the nuclear fusion reactions. Ultimately, dealing with the excessive amount of heat is where other projects fell short.

In their statement, Lockheed asserts:

By containing this reaction, we can release [the heat] in a controlled fashion to create energy we can use. The heat energy created using this compact fusion reactor will drive turbine generators by replacing the combustion chambers with simple heat exchangers. In turn, the turbines will then generate electricity or the propulsive power for a number of applications.

Tom McGuire, who heads the project, told reporters that initial trials demonstrated the feasibility of building a 100-megawatt reactor measuring seven feet by 10 feet, which could fit on the back of a large truck, and is about 10 times smaller than current reactors. Lockheed’s work on fusion energy could help in developing new power sources amid increasing global conflicts over energy, and as projections show there will be a 40% to 50% increase in energy use over the next generation, McGuire said

Of course, the design has some detractors. Environmentalist and energy scientist James Conca notes that the company does not explain many important details: "Lockheed’s approach has superconducting magnets operating without any significant neutron or radiation shielding. This is not plausible....It’s really hard to shield neutron and gamma radiation in the real world and their design does not even mention this."

Similarly, University of Texas physicist Dr. Swadesh M. Mahajan seemed to doubt Lockheed Martin's science. "Getting net energy from fusion is such a goddamn difficult undertaking. We know of no materials that would be able to handle anywhere near that amount of heat."

But Dr. Mike Zarnstorff, deputy director for research at the U.S. Department of Energy's Princeton Plasma Physics Laboratory, remains cautiously optimistic. "We don't know what the promise of this experiment is -- these type of ideas have been explored in the past -- but maybe there are new ideas here that will somehow address the previously found challenges,"

So maybe there is still a ways to go, but if the breakthrough does pan out, we could see major changes in the next few years.