This Could be the Most Life-Like Robotic Hand Ever Developed 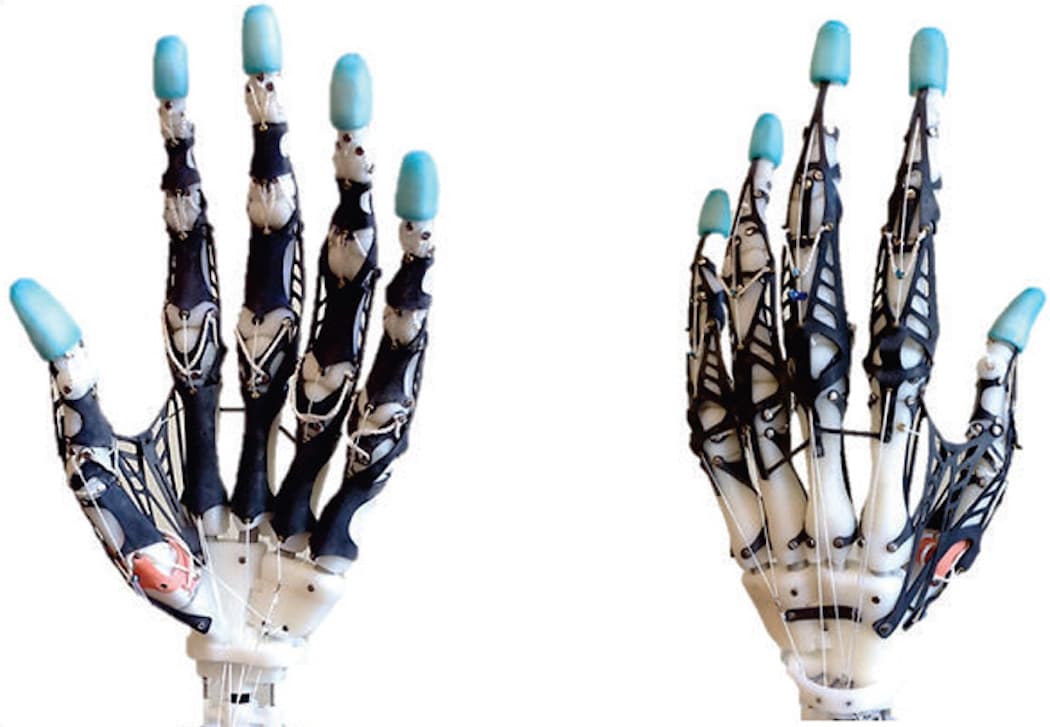 Image by University of Washington

Despite advances in technology, when it comes to prosthetics, it’s still going to be a battle between form vs. function.

For instance, you can have robot hands that can reliably reach out and grip things, but it's at the expense of looking like a mildly threatening Terminator. Or you can opt for a more anthropomorphic hand that maintains a relatively human aesthetic, but without a lot of the functionality.

Following the theory that humans, and our ability to function, are a product of millions of years of evolution, it’s going to be pretty hard to replicate the nuanced movement of any human body part.

But Zhe Xu and Emanuel Todorov from the University of Washington are trying to tackle the complexity of a real hand and have built a robot version that could be the most detailed and kinematically accurate one in existence.

The researchers crafted their hand from scratch, beginning with laser scanning a human skeleton and 3D printing artificial bones that will allow them to copy the unfixed joint axes of human hands, which lend themselves to dexterity.

They used Spectra strings to create joint ligaments—these are responsible for stabilizing joints and the hand’s range of motion. Also made of Spectra are extensor and flexor tendons; while laser-cut rubber sheets were applied around fingers to support flexibility and torque.

To recreate muscles, 10 Dynamixel servos with a cable routing mimicking the carpal tunnel of the human hand were added as a final touch.

Typically, robotic hands are able to move because of programming. But because of it’s construction, Xu and Todorov’s hand actually is able to mimic hand movement in operation. And because of how closely it is able to mimic the movement, function, and dexterity of a human hand, the scientists behind it are suggesting that it could one day be used as a 3D scaffold for limb regeneration.