Save Big on LEGO, LeapFrog, PlayDoh and More with Labor Day Toy Deals

Nab these discounts while you still can. 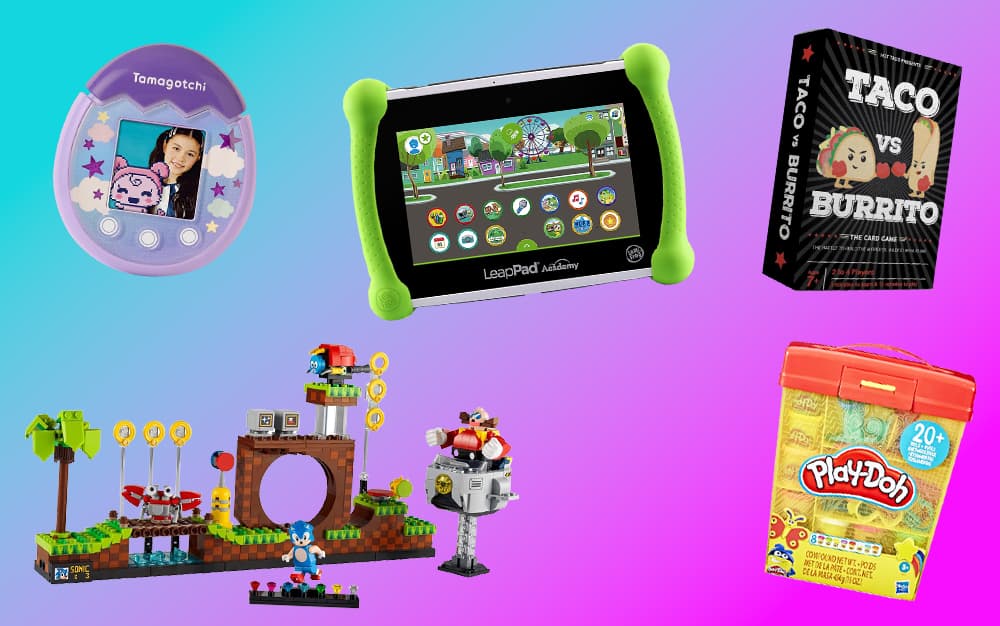 Labor Day is a day for relaxing, picnics, family, and putting all your white clothing into storage. The three-day weekend is also another great time to take advantage of deals on everything from mid-sized sedans to mattresses, but there are also plenty of great deals to nab on popular kids toys, either to spoil your little ones or get a jump on the holiday rush. Here are some of the best deals on toys available this Labor Day.

Who would have thought that almost after two decades of lackluster games, Sonic the Hedgehog would have a major comeback? Not only is the Blue Blur conquering Hollywood, but also the world of toys, like this gorgeous LEGO set. This set has more than 1,000 pieces, and includes our spikey haired hero, his nemesis, Dr. Robotnik, seven Chaos Emeralds, and of course, the backdrop of one of the most iconic video game levels, Green Hill Zone. If there was a toy that could get little gamers to unplug, it’s this one.

Play-Doh is as fundamental to happy childhood as Sesame Street and Easy Mac, but the messes it creates can be dastardly. Luckily, this set not only contains tons of Play-Doh and accessories for hours of fun, but it serves as a handy and adorable storage bin as well. Kids can stretch their creativity muscles and learn how to pick up after themselves in one handy and affordable toy.

Kids love video games, but most of the titles they play aren’t exactly feeding their heads. LeapFrog LeapPad Academy is a tablet made for kids as young as three, and is chock full of educational games and experiences across subjects in coding, reading, math, science, spelling, puzzles, and logic. It works online and off, with plenty of parental controls to monitor their screen time. Best of all, you can save big on it, but only for a limited time.

You don’t have to be a ‘90s kid to understand the charm of Tamagotchi, but it certainly doesn’t hurt. However, just about every generation, from boomers to zoomers, can enjoy the fun of raising a little digital monster from an egg, feeding it, playing with it, scolding it when it’s naughty, and even cleaning up its poop. Like the classic toy, this one also lives on a keychain or in your pocket. Unlike the original, the screen is in full color and packs plenty more possibilities for fun.