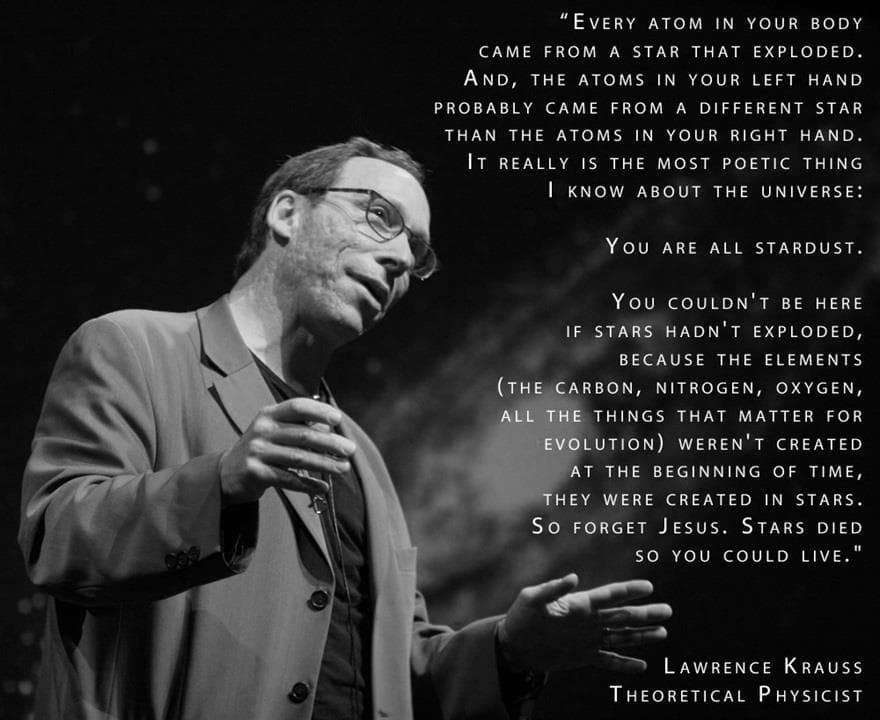 Lawrence Krauss is, perhaps, one of the most prolific physicists of the 21st century thus far. With over 300 science publications under his belt - including best selling books (I'm not ashamed to admit that I own all but one) such as: "The Fear of Physics, "The Physics of Star Trek" and (my personal favorite) "A Universe From Nothing: Why There is Something Rather Than Nothing -  it isn't hard to understand why Krauss is positioned in the forefront of modern theoretical physics.

His passion for the physical laws of the universe is abundantly clear to anyone willing to pop open one of his books. Not only has he sold hundreds of thousands of copies of his books worldwide, one even opened at number 11 on the New York Time's best-seller list, which is an honor (to say the very least.) But how much do you know about professor Krauss?

Born in New York City in 1954 before moving to Toronto, where he subsequently grew up, Lawrence Krauss is one of the most well-respected (and in some respects, most controversial) theoretical physicists in the world.

He received undergraduate degrees in both physics and mathematics from Carleton University in Canada. Afterwards, he studied physics at the famed Massachusetts Institute of Technology, where he received a Ph.D. in physics. Soon after receiving his doctorate, he joined the Harvard Society of Fellows and the departments of Physics and Astronomy at Yale University.

In his studies he became interested in the interface between particle physics and basic cosmology, particularly during the first epoch of the universe after its inception.

Apart from his huge bodies of work in cosmology, particle physics and theoretical physics, Krauss has been a huge proponent of man-made climate change and an even larger opponent of string theory, which aims to eloquently tie together gravity and and quantum mechanics. To Krauss, this is a nightmare. Mainly because it is nearly impossible to prove, as many aspects cannot be tested or verified.

Another controversial theory he put forth recently is that the act of observing the nature of dark matter and dark energy may play a yet-to-be-determined role in shortening the lifespan of the universe.

Krauss was also one of the very first physicists who put forth the theory that most of the mass and energy of the universe likely resides in 'empty' space between galaxies - now known to not be empty at all.

Instead, it's filled with a soupy mixture of subatomic particles, virtual particles that pop in and out of existence at alarming frequencies, quantum fields (like the Higgs-field that plays a role in distributing mass to certain particles) and of course the mysterious dark energy that is driving the expansion of the universe.

Some of the work he has been (and still is) doing could very well revolutionize modern physics, but in the mean-time, Krauss can be found at Arizona State University, where he teaches (among other many other things).