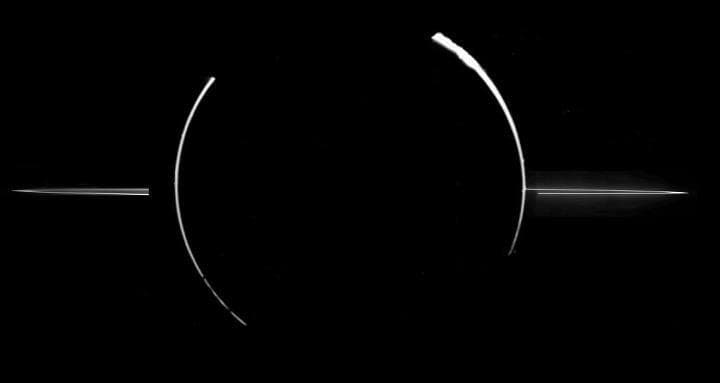 Take a quick look at the picture and try to guess what it is. I’ll give you a hint, it is a planet in our solar system eclipsing the sun from the point of view of the spacecraft. Obviously, this ringed planet is Saturn, right? Wrong.

This picture of Jupiter was taken by the Galileo spacecraft, which orbited the planet from 1995 to 2003.

Jupiter’s ring system was originally discovered by the passing Voyager 1 spacecraft in 1979, Voyager 2 was then reprogrammed to take more comprehensive pictures and confirmed the discovery. Later data from Galileo showed these rings were created by meteor impacts from some of the planets nearby moons (primarily Adrastea and Metis). Normally, when meteors impact and eject this kind of debris, it falls back onto the moon it came from (just like it did for Earth’s moon). Because Jupiter has such a strong gravitational pull, this dust instead formed the faint ring system around our largest planet.