ITER: On Course for Fusion Power 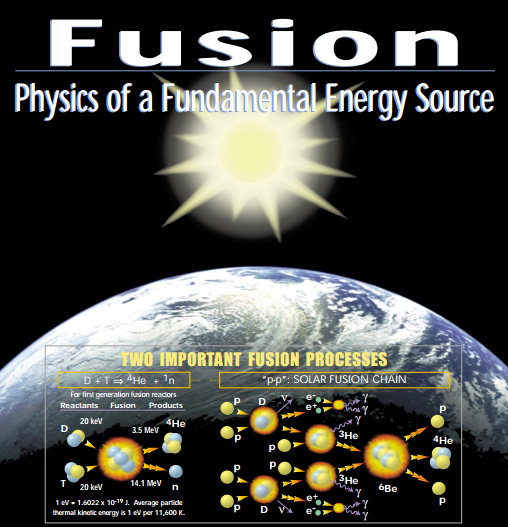 There is no doubt that conventional fossil fuels are running out.  The Saudi lands, once rich with vast oil supplies are drying up.  However, many energy companies persist with new developments such as Fracking that does not reduce carbon emissions or toxic chemicals that pollute our atmosphere.As a result, this method is rather controversial. Green, renewable energy sources have had major advancements recently; however, that have failed to prove that they are viable alternative to fossil fuels (due to the impracticality of these sources or the extreme cost issues).

In the large energy consuming society that we live in, we require a sustainable development...and we need one that comes form one of the most abundant  sources in our Universe: Hydrogen in the form of nuclear fusion.  Fusion has been around for many years. One easily comprehensible example of Fusion is the famous ‘H bomb.'  This method used the extreme pressure of a fission bomb imploding to fuse the two Deuterium atoms together, forming Helium.  Although this demonstrated the megalithic proportions of energy given off by the fusion of two atoms, it was an uncontrolled explosion.

To achieve a functioning and stable reactor, scientists have had to create a whole new type of system called the Tokamak.  It is a doughnut shaped confinement that holds a mixture of the two Hydrogen isotopes, deuterium and tritium in the form of plasma.  The plasma reaches temperatures of 150 million degrees Celsius.  This will provide the very high activation energy required for fusion to occur.  The plasma is prevented from coming into contact with the walls of the Tokamak with powerful electromagnets; these magnets will create a field 200,000 times stronger than that of the Earth.  If the plasma touches the walls on the confinement, then it will cause it cool down and the fusion reaction will stop. In ITER, the fusion reaction will be achieved in the Tokamak device that uses magnetic fields to contain and control the hot plasma. The fusion between deuterium and tritium (D-T) will produce one helium nucleus, one neutron, and energy.

The helium nucleus, which carries an electric charge which will respond to the magnetic fields of the Tokamak and remain confined within the plasma. But 80 percent of the energy produced is carried away from the plasma by the neutron. Unlike the helium nucleus, they have no electrical charge, and are unaffected by magnetic fields. The neutrons will be absorbed by the surrounding walls of the Tokamak, transferring their energy to the walls as heat.

In ITER, this heat will be dispersed through cooling towers. In the subsequent fusion plant prototype and in future industrial fusion installations, the heat will be used to produce steam. Employing the use of turbines and alternators, this will create electricity.  There is enough fusible material here on earth to power humanity's energy needs for another 100 million years.

Fusion is the safest, mass energy producing system that is known to man.  Unlike nuclear reactors, fusion reactors require very little to stop the reaction if there was an unexpected malfunction.  It also does not produce levels of radiation above that of the normal background levels.  Currently, we are still in the early stages of developing and testing fusion.  However, this latest reactor ITER, which is being built in France and funded by Superpowers like China, USA and Britain, will see a promising step forward in the evolution of the technology.