ISS Supply Craft is Out of Control in Space, See the Dizzying Video 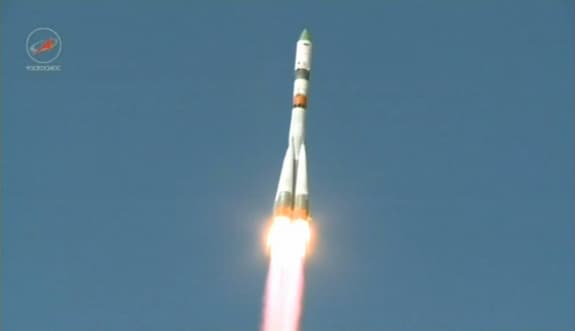 It seems that there was a system failure on a spacecraft that is being sent to resupply the various astronauts currently living on the International Space Station (ISS).  NASA and Roscosmos sent the craft carrying more than 6,000 pounds of supplies, and all went according to plan during the launch; however, the craft is currently spinning out of control as it tumbles about in orbit.

Note: This is the resupply craft for the ISS, not the ISS itself or any manned vessel. According to the most recent NASA announcement, everyone on the ISS is safe and not in any danger.

In the update, NASA writes that the supplies included, "1,940 pounds of propellant, 110 pounds of oxygen, 926 pounds of water, and 3,128 pounds of spare parts, supplies, and scientific experiment hardware." Of course, missing the necessary oxygen seems a little worrisome, but we don't keep our astronauts on a tight leash in this regard. Rather, necessary materials (like oxygen, food, and water) are kept in excess in case of unforeseen events (like this one).

As such, NASA asserts that the individuals on the ISS have enough materials to last "well beyond" the next planned supply mission, which is slated for June. In fact, NASA asserts they have enough supplies to survive for at least four months, and that doesn’t include any of the cargo carried up by Russian and Japanese freighters. NASA also asserts that all of the scientific experiments being transported by Progress 59 are replaceable. So if the craft cannot be recovered this may constitute a significant monetary loss, but  it is simply an unfortunate event, rather than a major catastrophe.

It is currently not know when the spacecraft, known as Progress 59, will dock with the ISS (or if it will). Unfortunately, when the Russian  team in charge of flight control tried to send commands to the craft, it failed to respond. However, there will be another opportunity to try and reach Progress 59 at approximately 8:30 this evening, when it once again passes overhead.

Since reaching orbit, no reliable data has been received. “It was at that point that telemetry problems began to crop up as the Russian flight control team could not get firm confirmation of the deployment of navigational antennas or the repressurization of the manifolds in the propulsion system,” said NASA commentator Rob Navias.

Fortunately, such failures are rather rare. The only outright failure of a Progress craft in the ISS' 16-year lifetime was just about four years ago, Aug. 24, 2011. At this juncture, a third stage propulsion system failure prevented a freighter from reaching orbit. However, just 5 months ago one of NASA’s two contractors, Orbital Sciences Corp., suffered a catastrophic launch failure. As a result of this, the company’s Antares rocket and Cygnus cargo ship are on hold

In the meantime, NASA is analyzing data, trying to figure out the problem, and considering plans for the future. If the craft cannot be recovered, other supply missions will take place soon. In the end, this is just a friendly reminder that rocket science is terribly hard, and the number of times that everything goes exactly as planned is rather impressive.