ISS Decides To Launch Satellites By Itself 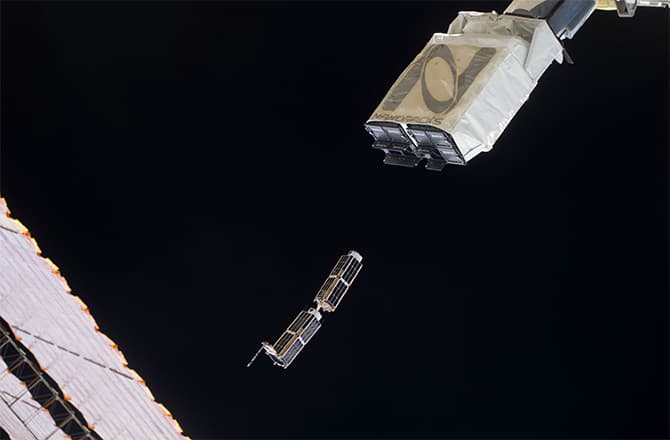 Skynet has hit the International Space Station and it's become a sentient life form. Well, maybe the Skynet bit is wrong. But, the ISS did launch two CubeSats without any help from humans; the satellites launched themselves.

Suspicions were first aroused when the station commander Steve Swanson saw the CubeSat deployer doors were open. Shortly after that, the ISS crew detemined, and Huston later confirmed, that two of the CubeSats were launched.

Efforts to troubleshoot the cause of these malfunctions have gone nowhere. Flight control teams are weighing options to either retract the deployer, bringing it back inside the ISS for storage/analysis or they might just launch the remaining satellites ahead of schedule. In the meantime, we should be glad that the deployer isn't a weapon and we should consider wiping the operating system from the ISS just in case it is Skynet.