Is the Universe Infinite or Finite: Our Changing Universe 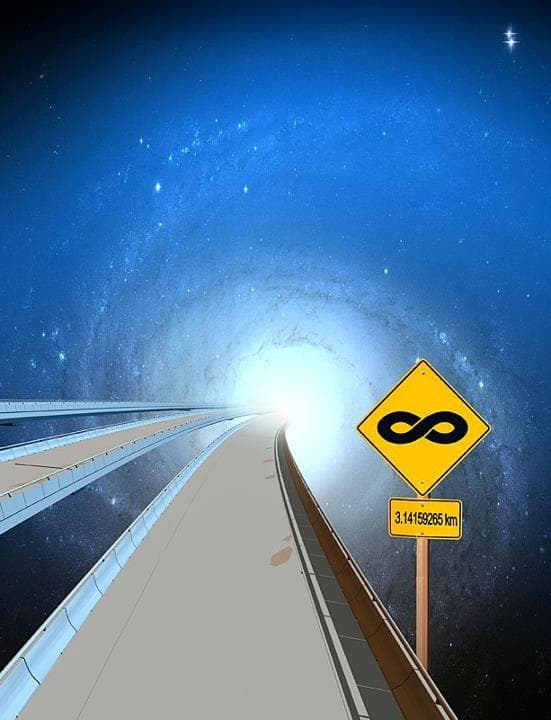 In the past, it was generally agreed upon that the Universe was either infinite in size and age, or that it was of finite size - with the dimension of time not coming about until the birth of the universe. If the latter is actually the case, any event(s) occurring before this era could have no appreciable affect on what is happening now. But ultimately, the question of whether or not it had a real beginning was relegated to the fields of metaphysics or theology. With the limited technological capabilities of previous eras, it was possible to account for what we've observed using either theory: that the universe had existed forever, or that it was set in motion at some finite time in the past (regardless of the mechanism that resulted in its formation).

However, we now know that this debate is much more complex than we'd ever imagined. In an infinite and static universe, the accelerating expansion of the cosmos, which was triggered by dark energy, is nonsensical; it just doesn't make sense. You can't have something that is static and unchanging .. but is expanding somehow. For the time being, let's take a moment to delve into the evolution of our understanding of the cosmos. Because to understand where we are going, we must understand where we have been.

With that in mind; when Sir Issac Newton first took to studying the stars, his prediction was that matter is attracted to other matter by some kind of an invisible force. Going a bit further with this, he thought that the more massive cosmological bodies are, the closer they are to one another logistically. In his theory of gravity, the stars should be attracted to one another - a kind of attraction similar in mechanism to magnets. Yet, contradictory, from our point of view, distant stars remain in a static position and appear motionless. Plus, if the stars and matter are really attracted to one another, wouldn't they eventually all fall together...wouldn't we bear witness to such a phenomenon?

A German philosopher named Heinrich Olbers was one of the first people to successfully argue that  in an infinite, yet static universe, every line of sight should shine like the surface of a star. The only way of avoiding this conclusion (that the night sky should be as bright as the surface of the sun) would be to assume that the stars had not been shining forever, but had turned on at some finite time in the distant past. In that case, light from distant stars might not yet have reached us. This lends credence to the idea that the Universe is not static, but still in the process of growing.

In truth, the beginning of our journey into where the Universe came from has existed nearly as long as human-kind - long before Newton introduced his laws of motion. However, the answer to some of our most burning questions remained outside of the realm of our capabilities. it wasn't until Edwin Hubble observed distant galaxies moving away from us at dizzying speeds, that pegging down the origin of the universe became possible through science. Hubble’s observations suggested that there was a time when the universe was infinitesimally small and infinitely dense. Under such conditions, all the laws of science, and therefore all ability to predict the future, would break down...kind of like space/time does in the event horizon of a super-massive black hole.