Is it Raining Diamonds on Uranus & Neptune? 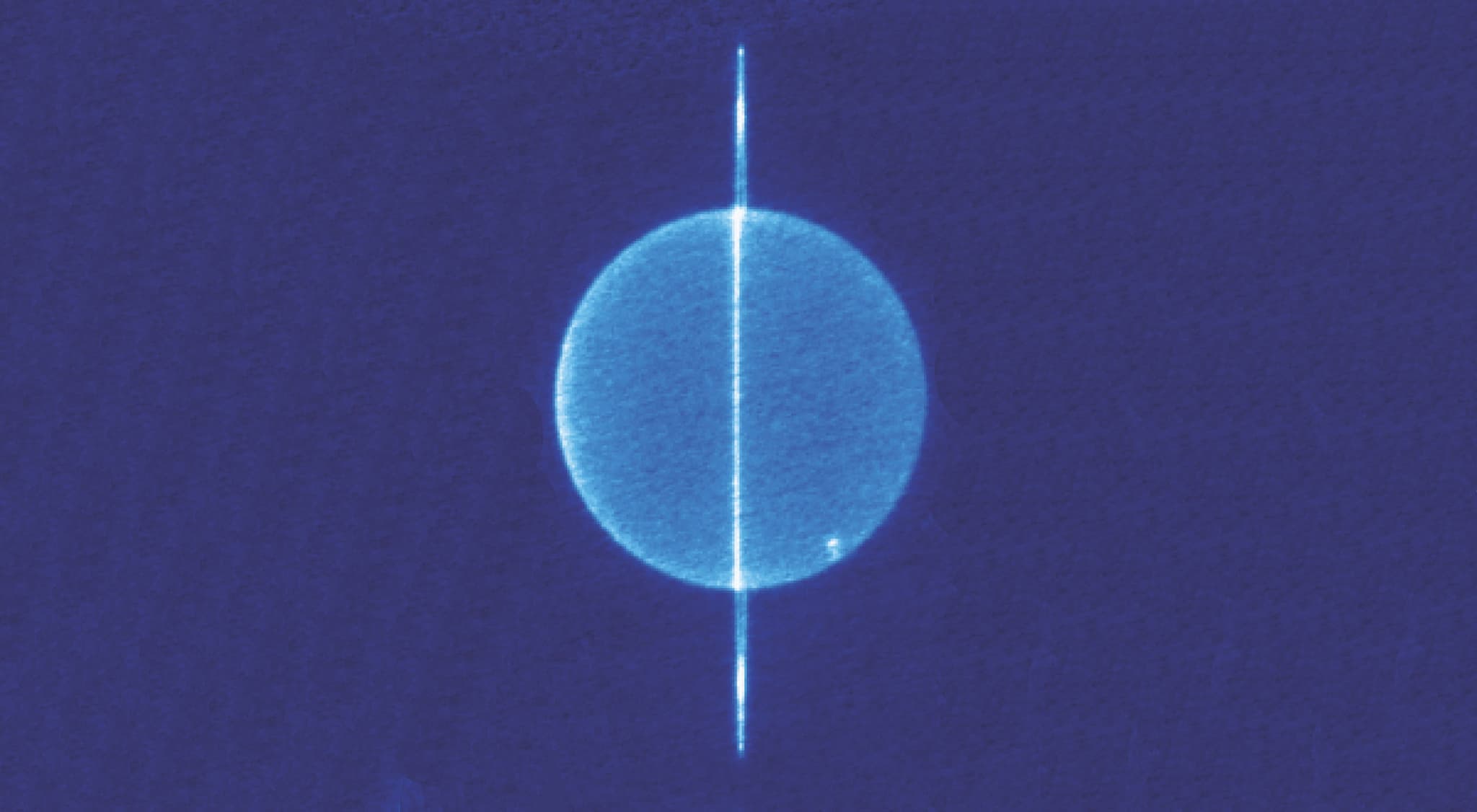 We have found stars and planets that are composed with large quantities of diamond, but could something similar be found a little bit closer to home? Maybe so, as astronomers have long found oddities in the magnetic poles of the two ice-giants of our solar system, Neptune and Uranus. Both strangely have magnetic poles that are off by as much as 60 degrees from their geological poles, which is in stark contrast to Earth's. Along with that, astronomers in the past, have also questioned the carbon makeup of both planets (both are believed to consist of at least 10% carbon).

The solution? Well, one study suggests that seas of liquid carbon (the primary building block of diamond) with large diamond "icebergs" could possibly account for both.

Scientists began exploring this train of thought after they were able to produce liquid diamond in a lab, using excessive electricity and pressure. For this experiment, they wondered what would happen to diamond in a super-heated, highly pressurized environment (similar to the conditions one would experience deep inside the atmospheres of the outermost planets in our solar system).

Once the diamond had been successfully liquefied, which was no easy task given how hard the substance is and how quickly it changes form, scientists brought the pressure back up to the level the liquid would experienced deep in Neptune's core, where the temperatures soar from -220 d to 7,000 degrees.. After which, they simultaneously raised the temperature to about 50,000 degrees F, the point at which, chunks of solid diamond appeared in the liquefied carbon, floating atop like an iceberg in the ocean.

This revealed that diamond behaves much like water during the freezing and melting process.

If the team is correct, liquid diamond in a specific position on both planets could easily off-kilter the magnetic poles, which  should be in resonance with the axes of rotation. Also, this would also aide in understanding why Neptune radiates substantially more heat than it receives from the sun. Perhaps someday in the far, far future when we've colonized our solar system, men will propose with Neptunian diamonds? (Probably not, but it is cool to think about!)

Lastly, Both planets contain high concentrations of methane. Like graphite, it too can actually transform into various forms of complex hydrocarbons given enough heat and pressure. Professors from UC Berkeley made the discovery by firing a laser beam at insanely pressurized liquid methane, causing it to heat up to temperatures exceeding 5,000 degrees Fahrenheit.

When this happened, diamond dust was observed. Thus leading some to theorize that tiny diamonds (created from methane) may fall like hail throughout the planet. As the diamonds scatter above, the energy released could account for the temperature discrepancy.

Both experiments gave us some valuable insight into how carbon behaves in various environments, perhaps even shedding some previously-unknown information concerning both of the ice-giants. It goes without saying, there is still much to learn.