This is a major step forward in the company's research into quantum computing. 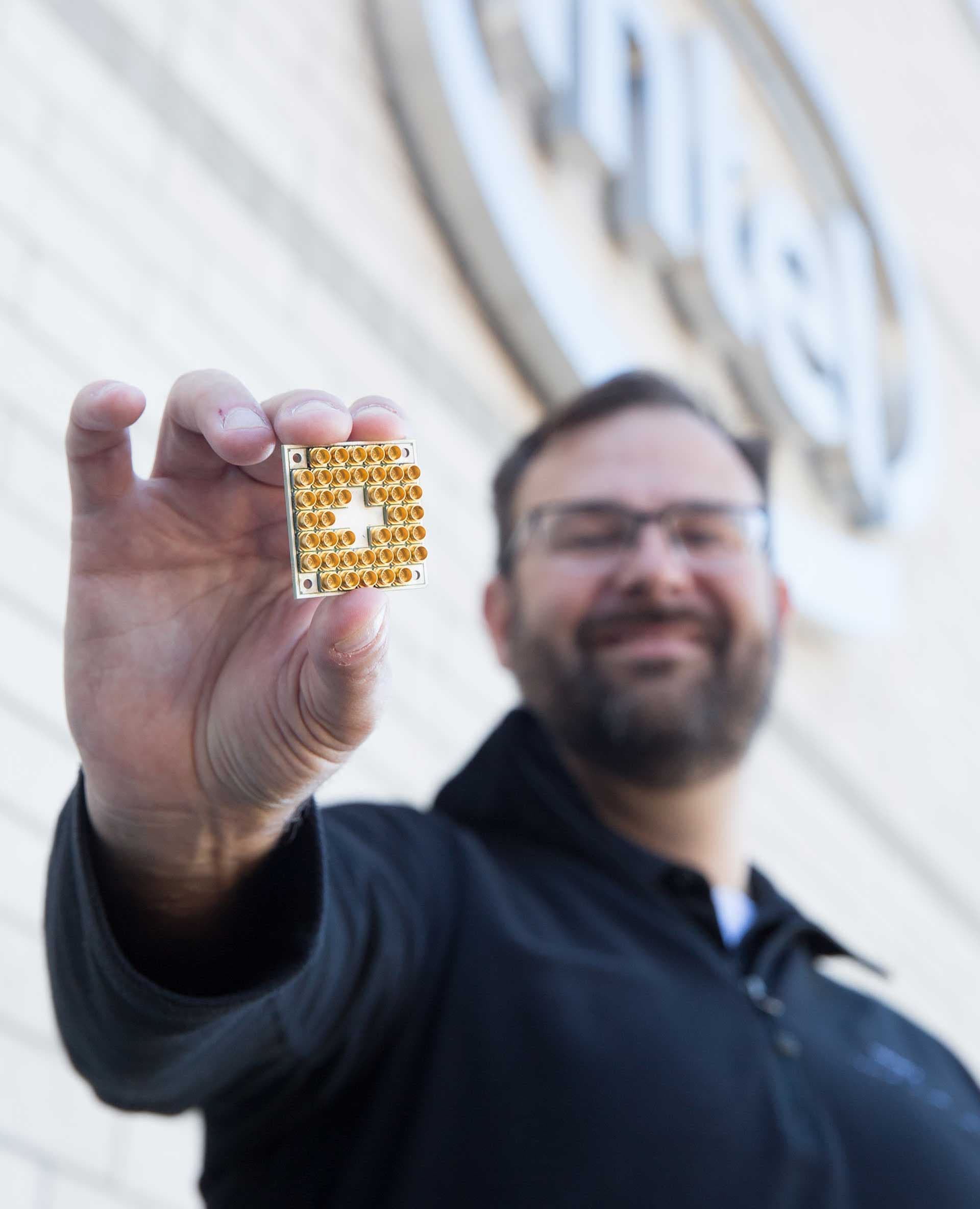 Chip Off the Old Block

Intel has announced that it has successfully fabricated a 17-qubit superconducting test chip for quantum computing. The superconducting chip has been submitted to the company's quantum research partner QuTech for further testing.

Quantum computing has the potential to be a truly revolutionary technology, providing a currently unprecedented amount of computational power. However, the qubits that underlie the hardware are notoriously fragile — Intel's implementation requires an operating environment that maintains a temperature of 20 millikelvin to function.

The new chip boasts an improved design that provides better reliability, enhanced thermal performance, and a reduction of the amount of radio frequency interference between qubits. It also introduces a scalable interconnect scheme that makes it possible to exchange between 10 and 100 times more signals in and out of the chip, compared to a wirebonded alternative.

Crucially, Intel has employed processes, materials, and designs that will allow Intel to scale up its packagine for quantum integrated circuits, which are much larger than a standard silicon chip. This could prove to be an important step in moving from the production of components to a fully fledged quantum computer.

Next Generation of Superconducting

"Our quantum research has progressed to the point where our partner QuTech is simulating quantum algorithm workloads, and Intel is fabricating new qubit test chips on a regular basis in our leading-edge manufacturing facilities,” commented Dr. Michael Mayberry, the corporate vice president and managing director of Intel Labs, in a press release.

While the field of quantum computing has made significant advances in recent years, there is still plenty of work to be done before a large-scale universal quantum computer is viable. Intel is keeping its options open, continuing research into spin qubits in silicon even while focusing on superconducting qubits.

Theoretical research has propelled quantum computing forward by leaps and bounds over the past decade, but Intel's investigations into the practical side of fabrication are essential for the next stage of the process.