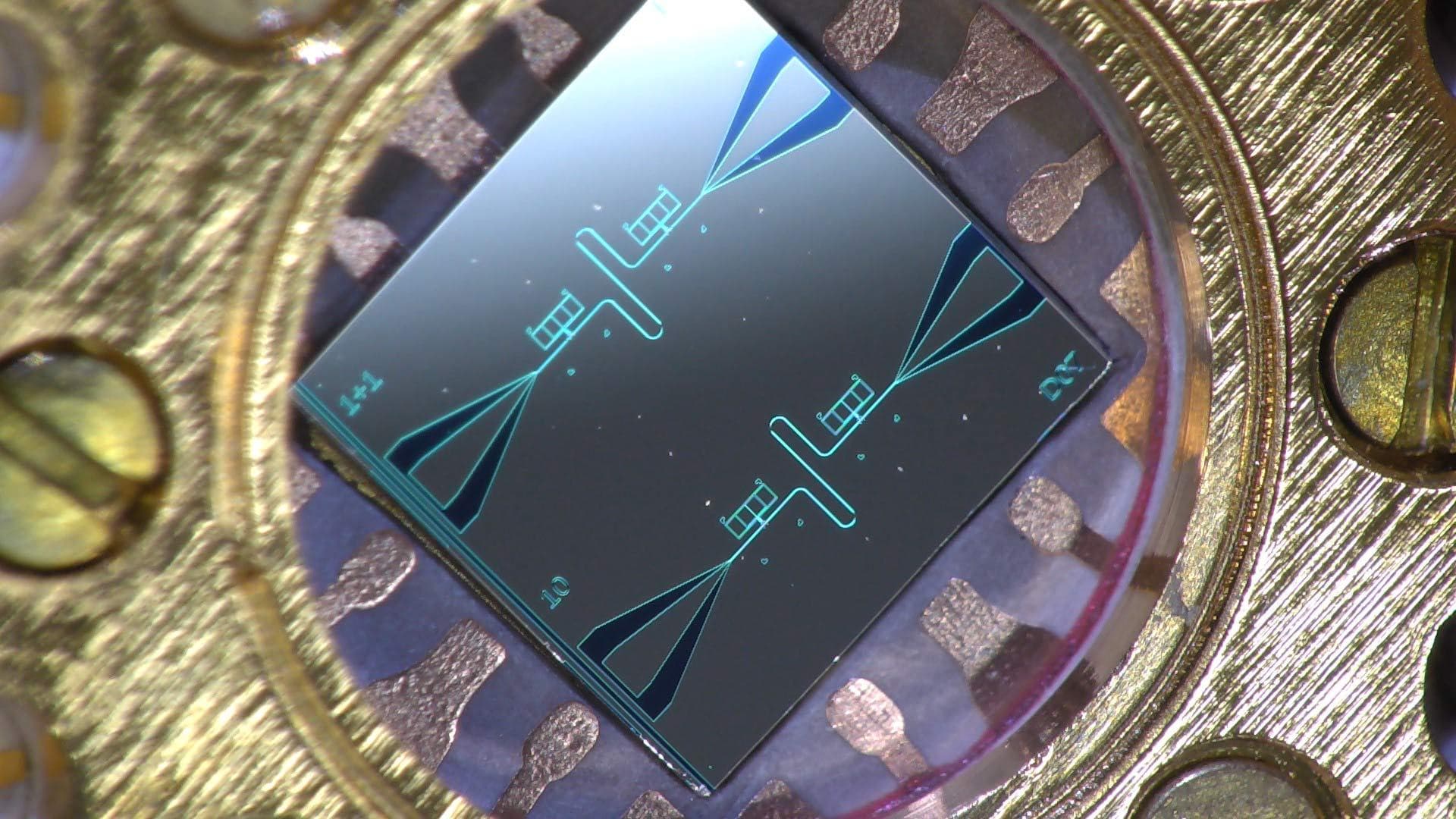 The First of Its Kind

We're all familiar with the occasional heating from our gadgets and devices, especially when we ramp up usage. Usually, in the case of desktop and laptop computers, there's a fan somewhere to keep the temperature inside from frying circuits. More modern computers have dropped the fans and now rely instead on materials that dissipate heat or batteries that don't heat up that much.

This necessity to keep things cool is a similarity that quantum computers share with their classical cousins. The difference is, quantum computers need cooling at the nanoscale level — keeping the temperatures of quantum bits ("qubits") from rising uncontrollably. The solve this, researchers from the Aalto University in Finland have designed the first standalone refrigeration device for quantum circuits.

The nanoscale refrigerator Möttönen and his colleagues designed works by manipulating electrons. "Here we demonstrate direct cooling of a superconducting resonator mode using voltage-controllable electron [tunneling] in a nanoscale refrigerator," the researchers, led by Mikko Möttönen, wrote in their study published in the journal Nature Communications.

In short, hotter electrons jump to a superconducting lane, leaving the cooler electrons in a photon resonator — a device that works as a qubit. This process cools both the resonator and the electrons over time. “It’s kind of like a gate similar to Maxwell’s Demon, where you only allow electrons with energy above a certain threshold to cross,” CalTech's Spiros Michalakis told New Scientist, commenting on the device.

This technology could help quantum computers run faster and more efficiently by solving a problem that lies at the heart of tech that uses qubits. Qubits are able to store more information than binary bits in classical computing by being a 0 or a 1 at the same time, thanks to a phenomenon known as superposition. However, qubits must start in their low-temperature ground state to perform calculations, which becomes difficult because they tend to heat up in computers. So, to run multiple algorithms, qubits have to go through a cooling cycle.

Once the nanoscale refrigerator gets built, tested, and found to be sufficient to cool qubits, we may be a step closer to commercial quantum computers. “Maybe in 10 to 15 years, this might be commercially useful,” Möttönen told New Scientist. “It’s going to take some time, but I’m pretty sure we’ll get there.”

Read This Next
Quacks Like a Duck
Those Headlines About Scientists Building a Wormhole Are Total Nonsense, People
Confirmation Bias
Microsoft Retracts Paper Claiming Quantum Computing Breakthrough
Beam Me Up Qubit
Researchers Achieve First "Sustained" Long Distance Quantum Teleportation
Totally Incoherent
Scientists Create Quantum System That Stays Operational 10,000 Longer
Quantum Supremacy
Here's Why Quantum Supremacy Matters
More on Hard Science
Tractor Beam
Thursday on the byte
Scientists Build Working Tractor Beam, Although It's Comically Tiny
Having a Blast
Jan 18 on the byte
New Study Shows Where You Should Hide to Survive a Nuclear Attack
Offworld Amino
Jan 15 on the byte
Scientists Find Building Blocks of Life in Meteor That Smashed Into Family's Driveway
READ MORE STORIES ABOUT / Hard Science
Keep up.
Subscribe to our daily newsletter to keep in touch with the subjects shaping our future.
+Social+Newsletter
TopicsAbout UsContact Us
Copyright ©, Camden Media Inc All Rights Reserved. See our User Agreement, Privacy Policy and Data Use Policy. The material on this site may not be reproduced, distributed, transmitted, cached or otherwise used, except with prior written permission of Futurism. Articles may contain affiliate links which enable us to share in the revenue of any purchases made.
Fonts by Typekit and Monotype.