"People say I have zombie dogs, or they call me a crazy rich girl." 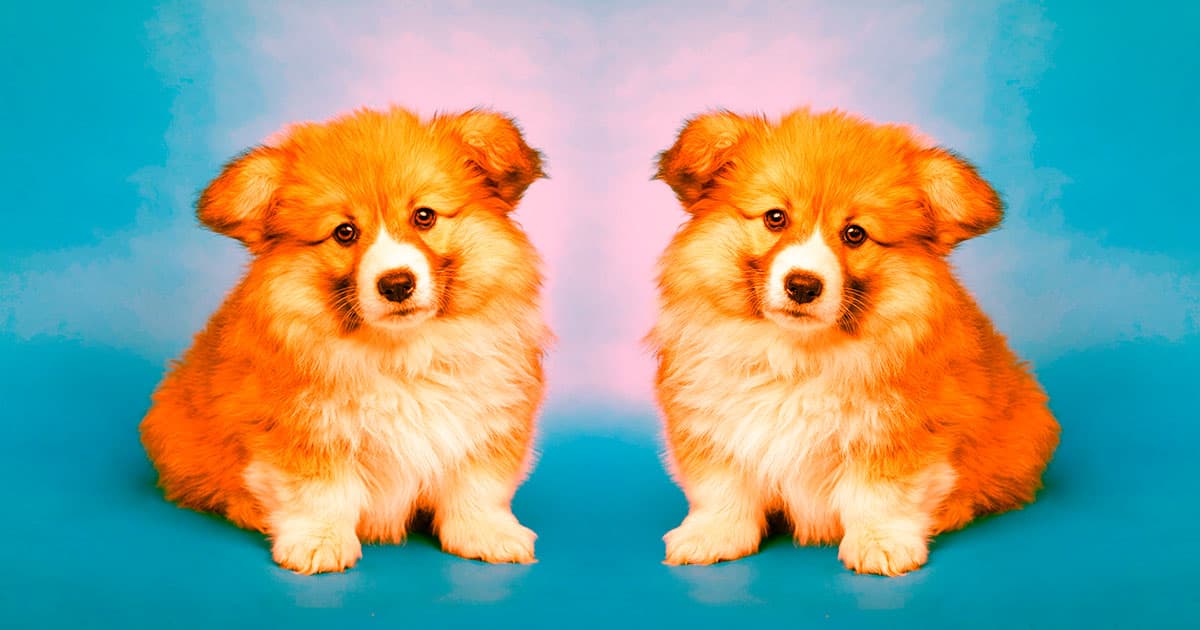 In a bleak reflection of our self-obsessed society, online influencers are cloning their pets for internet clout.

The idea, because we live in a dark timeline, is often to continue making content after the original animal has died.

Take Courtney Udvar-Hazy, the 29 year old behind @wander_with_willow, who cloned her dog Willow with the help of pet cloning company ViaGen — and tens of thousands of dollars spent — after the pup's untimely death in 2018.

It may have helped her grieve her loss — but her investment also allowed her to keep the Instagram account going.

"I get a lot of crap about cloning," Udvar-Hazy told Input. "People say I have zombie dogs, or they call me a crazy rich girl. It was hurtful to me at first."

Udvar-Hazy isn’t alone. For instance @ipartywithbrucewayne, a different pet influencer account on the platform, regularly posts photos of four cloned chihuahuas along with the original.

Other accounts including @clash_of_the_clones and @baxter_the_clone also openly market their cloned pets.

"Someone could clone their pet and replace the original," Melain Rodriguez, client service manager at ViaGen, told Input. "The world doesn’t have to know. They may never know."

It's worth noting that having a cloned pet doesn’t actually mean it’ll be an exact replica of the original. In fact, many cloned pets have turned out to be quite different from the DNA donor.

That hasn’t stopped the well-off from shelling out anywhere between $35,000 and $50,000 to genetically replicate their beloved fur babies, according to Input.

And honestly, who can blame them? Udvar-Hazy claims that it helped her grieve the loss of her furry companion. Anyone who’s ever lost a pet before knows how devastating that can be.

On the other hand, cloning your pet could just as easily be seen as a misguided attempt to bring them back. After all, the clone will eventually die too.

At worst, it’s a vain and ethically fraught way to gain clout on Instagram — and besides, there are plenty of dogs in shelters out there that are looking for their forever home.

READ MORE: Bring in the clones: Instagrammers are genetically replicating their pets [Input]

More on cloned pets: This Guy’s $35,000 Cat Clone Looks Nothing Like the Original

Read This Next
Uncanny Marketing
Facebook Exec Defends Verifying Fake CGI People on Instagram
Online Horrors
Human Traffickers Are Literally Selling Slaves on Instagram
Face Palm
Instagram Hoax Fools Department of Energy Head Rick Perry
Brands We Love
Futurism's New 'Cartoons From Tomorrow' Book Is a 'Wry and Often Ingenious' Look at Our High-Tech World
Futurism
Facebook Wants To Explore Blockchain Technology. Here’s What They Might Be Up To.
More on Future Society
Rough
Yesterday on futurism
Elon Musk's Twitter Is Reportedly Failing Miserably to Contain Horrific Child Abuse Content
YouTube Propaganda
Yesterday on the byte
Experts Say There's Something Very Weird About North Korean YouTubers
Bird Crap
Feb 4 on the byte
It Looks Like Elon Musk Is Actually Building a Twitter Payment Platform
READ MORE STORIES ABOUT / Future Society
Keep up.
Subscribe to our daily newsletter to keep in touch with the subjects shaping our future.
+Social+Newsletter
TopicsAbout UsContact Us
Copyright ©, Camden Media Inc All Rights Reserved. See our User Agreement, Privacy Policy and Data Use Policy. The material on this site may not be reproduced, distributed, transmitted, cached or otherwise used, except with prior written permission of Futurism. Articles may contain affiliate links which enable us to share in the revenue of any purchases made.
Fonts by Typekit and Monotype.