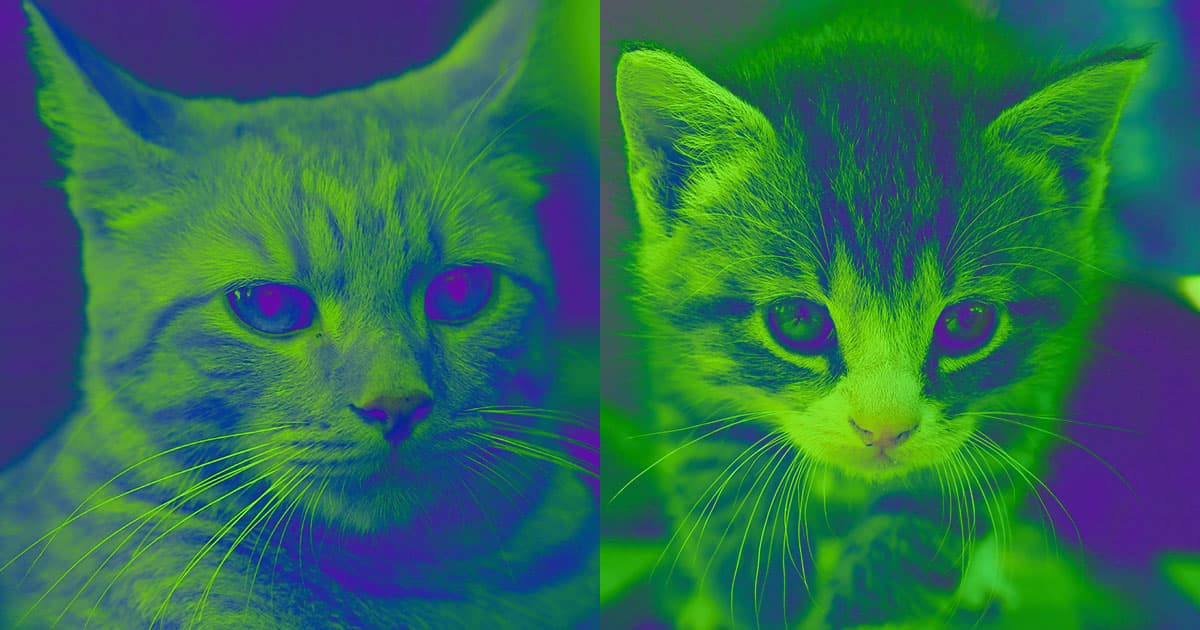 This Guy’s $35,000 Cat Clone Looks Nothing Like the Original

"If I tell you I wasn’t disappointed, then I would be lying to you."

"If I tell you I wasn’t disappointed, then I would be lying to you."

Heartbroken at the death of his cat Garlic, China's Huang Yu made a bold decision: he would have the cat cloned. Sure, Garlic 2.0 wouldn't necessarily have the original's personality, but at least Huang would be able to look at the new animal and see his beloved Garlic looking back at him.

That was the idea, anyway.

But what actually happened was that Huang paid Sinogene Biotechnology Company nearly $35,000 for a Garlic clone — and it doesn't even look like the original.

According to a newly published New York Times story, an outside firm confirmed that the new Garlic — China's first cloned cat — is biologically identical to the original.

However, it's clear from photos of the two animals that they aren't even close to physically identical – the "new" Garlic is missing a patch of black that covered the original's chin and its eyes appear far more blue.

"If I tell you I wasn’t disappointed, then I would be lying to you," Huang told the Times regarding his first meeting with the clone. "But I’m also willing to accept that there are certain situations in which there are limitations to the technology."

READ MORE: His Cat’s Death Left Him Heartbroken. So He Cloned It. [The New York Times]

Meet Garlic
Chinese Firm Wants to Give Cloned Pets the Original's "Memories"
8. 23. 19
Read More
Brands We Love
Show Your Four-Legged Friends You Care With These High-Tech Pet Gifts
12. 11. 18
Read More
Experts Answer: Should You Be Allowed to Create Your Own Clone?
1. 31. 18
Read More
+Social+Newsletter
TopicsAbout UsContact Us
Copyright ©, Camden Media Inc All Rights Reserved. See our User Agreement, Privacy Policy and Data Use Policy. The material on this site may not be reproduced, distributed, transmitted, cached or otherwise used, except with prior written permission of Futurism. Articles may contain affiliate links which enable us to share in the revenue of any purchases made.
Fonts by Typekit and Monotype.