Infographic: The History of the Universe Compartmentalized in 1 Year 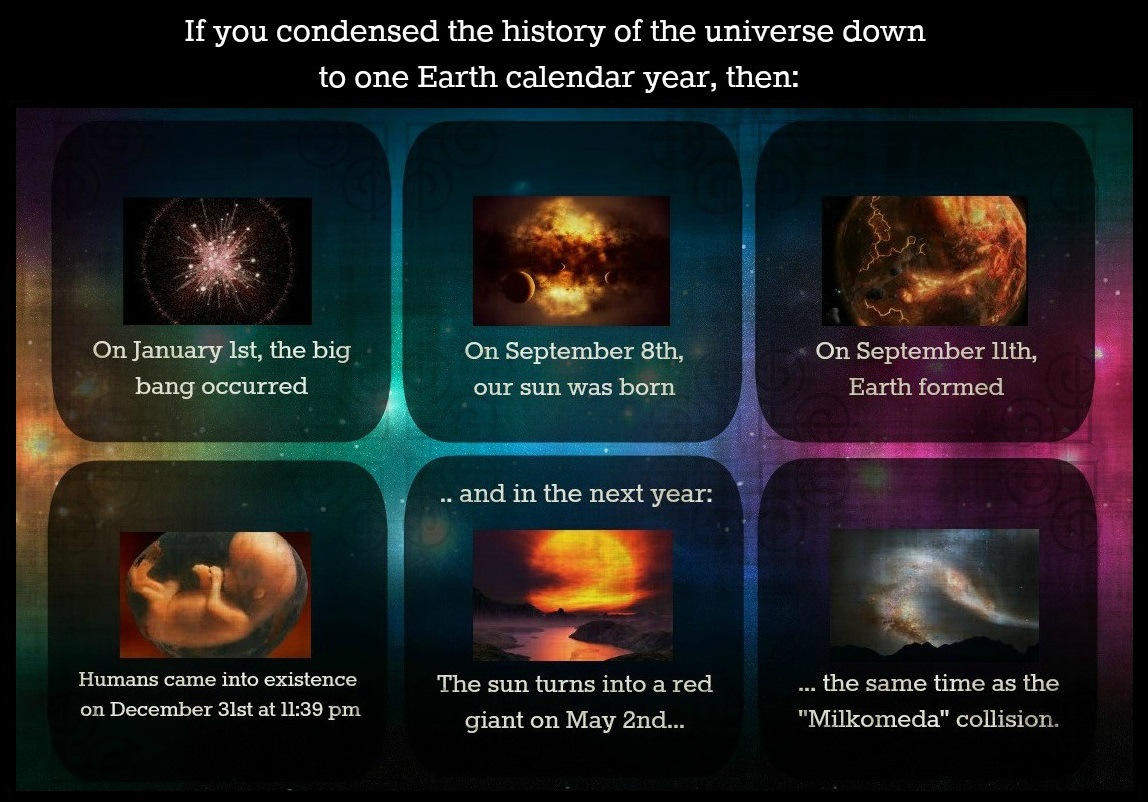 If the history of the entire universe was condensed into a single year, with each month representative of one and a quarter billion years long (each day represents forty million years, whilst each second stands for some five hundred years or so):

For all of the details from the first lifeforms on Earth, until now – click here.