If the Universe in Expanding, Why isn't the Moon Receding from Earth? 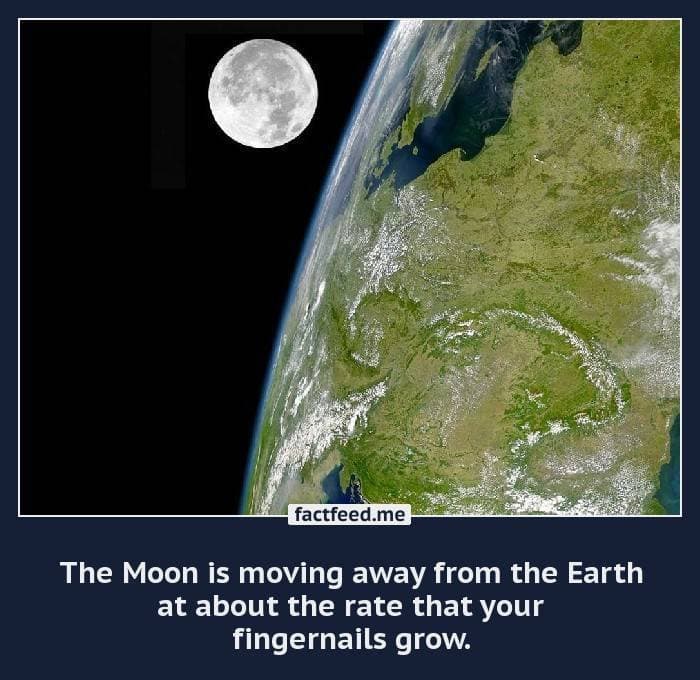 Emanuel asked: If the universe is expanding then why has the moon orbited at the same distance for all of human history? Shouldn't the moon be further away a little bit more each day.

Firstly, I’m going to nitpick your question a bit and say the moon is, in fact, moving away from Earth – but not because of the expansion of spacetime. It’s all thanks to orbital mechanics, specifically tidal forces. To summarize, the moon is responsible for the tides on Earth. The moon pulls Earth’s oceans (and the crust) towards itself. Earth is rotating quickly underneath the Moon’s influence and attempts to drag the moon along for the ride. The resulting conflict causes the Earth’s rotation to slow down (causing the length of day to increase by about 2-milliseconds a century) and the moon to drift further away from the planet at a rate of about 4-centimeters per year. The moon’s orbit will continue to recede until it and the Earth become tidally locked with one another (meaning the same sides face each other).

When this happens, the moon’s orbit and Earth’s rotation will both last about 47 days (that’s current Earth 24-hour days). This isn't the end of our cosmic love story as the moon is destined to leave Earth completely which will allow it to enter into a solar orbit, so the Moon will either become a dwarf planet or a very large asteroid many, many, many millennium from now. But even then, we would not see the expansion of the universe because the scale is simply too small. At the tiny distances we see in solar systems, or even the relatively small distances stretching over galaxies, gravity is simply too strong and it wins out over dark energy. To detect inflation, we need to look at the distances between galaxies.

In October of 2009, the Spitzer Infrared Telescope made the most accurate measurement of the Hubble Constant (the more technical name for ‘the expansion of the universe’). The new measurement has determined that space is expanding at 74.3 plus or minus 2.1 kilometers per second per megaparsec. In other words, about 74.3 kilometers per second per 3-million light-years - that is about 46 miles per second. This was obtained by observing Cepheids – a type of variable star that pulses at precise times. These pulses are also directly related to the stars brightness, so scientists are able to use them as a measuring stick by recording their brightness, comparing it to their know brightness, and using that to figure out how far that object is from Earth. Spitzer took measurements of 10 Cepheids located within the Milky Way, then took measurements of 80 Cepheids located in the Large Magellanic Cloud (a satellite galaxy to the Milky Way). As a fun fact, that new measurement decreased our uncertainty from percentages in the double digits to 3%, which was a magnificent improvement. That means we are 97% certain the new value for the Hubble constant is accurate. For more accurate results, we will have to wait until ESA's (European Space Agency) Euclid mission-- which is due to launch in 2020.