Ice Forests of the Andes 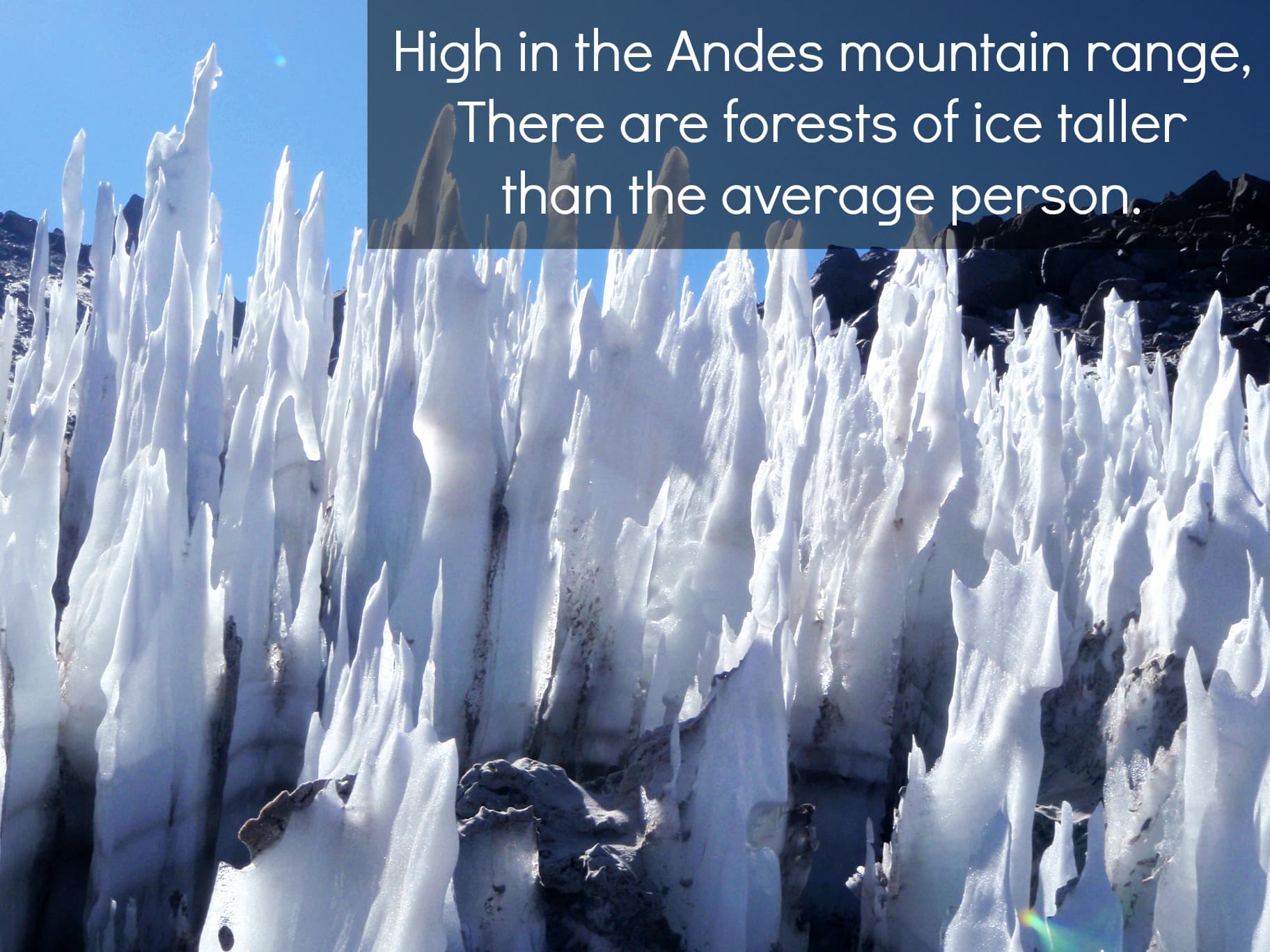 High in the Andes Mountains of Argentina and Chile, one can find “forests of ice”, structures called Penitentes. To the locals of the Andes area, these formations are mystical, yet ordinary – as forests of ice are quite common in the Andes mountains. These peculiar formations call monks to pray and even inspired Charles Darwin as he had to squeeze his way through them on his way to a city in Argentina.

There have been many theories from native peoples as to how the snow of the high Andes forms into tall spikes standing over two meters high, from witchcraft to wind. Only recently was it discovered that the phenomenon is due to sublimation of snow.

Sublimation (or desublimation) is a transition of a solid directly to a gas without an intermediate liquid phase. In the Andes, when the vibrating molecules of water in the snow or ice vibrate hard enough, they pop out of their solid state, right into a gaseous state. From there, the vapor coalesces at a different location, making a skyward forming spike. Low humidity greatly assists this process, as the air around the water has a greater capacity for sublimated water vapor. High direct sunlight helps the water sublimate due to snow absorbing much of the near-infrared light emitted from the sun.

These processes don’t only happen in the high Andes mountains. If you live in a climate that receives a lot of snow in the winter, keep an eye on the snow level and temperatures between falls – if the temp outside stays below freezing, but the snow in your yard is fading away, you’re witnessing sublimation! (This can also happen in your freezer at home if you use ice cube trays)

You can see more pictures of these ice forests here.