This Beast of a Hydrogen-Powered Hypercar Has a 1,000 Mile Range

"We’re an energy company that’s building this car to tell a story." 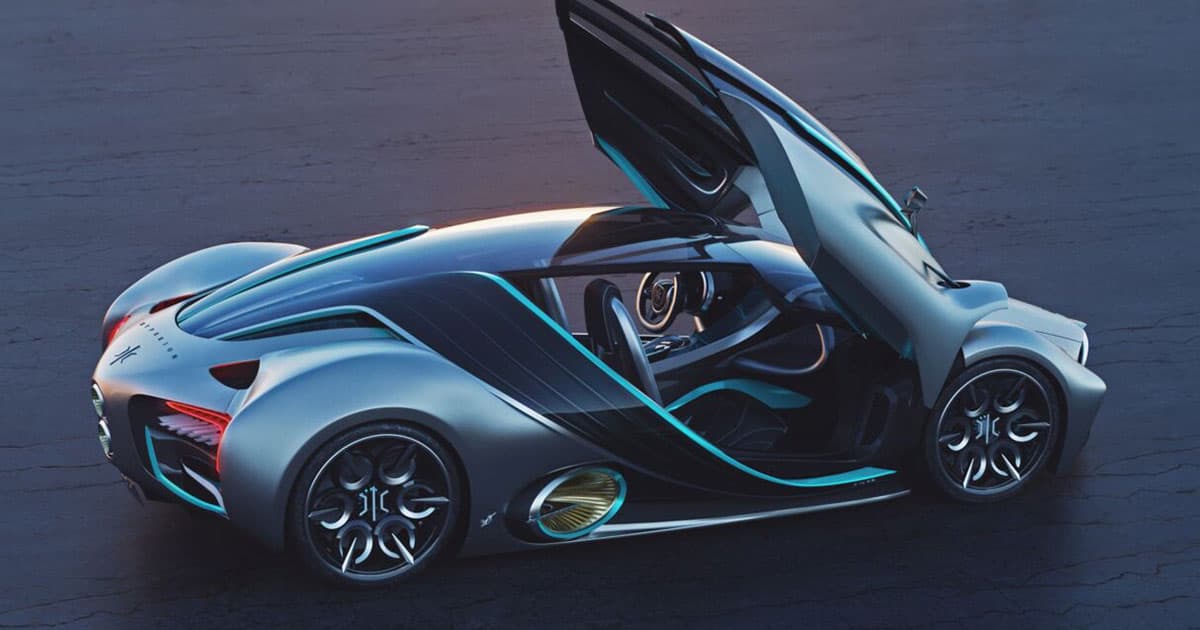 California-based tech company Hyperion has unveiled the Hyperion XP-1, a hydrogen fuel cell-powered hypercar with an advertised 1,000 mile range and a top speed of 221 mph. It can launch from 0 to 60 mph in just 2.2 seconds.

Those are without a doubt some impressive specs — but its main purpose isn't to take on Tesla in a head-to-head. It's to generate interest for hydrogen power, according to the company.

Apart from the way it is currently generated — about 95 percent of all hydrogen is produce from steam reforming of natural gas — hydrogen is also extremely environmentally friendly to use as a fuel source. The byproducts are literally just water and not greenhouse gases.

Luckily, there are many ways to generate hydrogen as a fuel source. "You can make hydrogen from excess grid solar power," Kafantaris claimed. "Creating hydrogen is greener than making batteries."

Unfortunately, refueling hydrogen cars in 2020 is extremely difficult to do. In 2018, there were only 39 publicly available hydrogen stations for fueling fuel cell vehicles in the United States.

Hyperion wants to change that. The company claims it has plans to build out its own hydrogen-fueling station network similar to Tesla's Supercharger network.

The XP-1 will be expensive. Production will start in 2022 and only 300 of them will ever be made.

Read This Next
Beef History
A Brief History of Elon Musk's Festering Feud With Rival Automaker Nikola
Futurism
Hyundai's Hydrogen-Powered, Self-Driving SUV Runs on Level 4 Autonomy
Futurism
Hydrogen-Powered Trains Are Coming to Germany in 2021
Futurism
A Company Hacked a Tesla So It Drives on Hydrogen
Futurism
Here's What We Know About the New Hydrogen Car From Mercedes Benz
More on Advanced Transport
Kapow
Feb 3 on the byte
Self-Driving Car Plowed Into Active Fire Scene, Forcing Firefighters to Smash Its Window
Netflix and Drive
Jan 30 on futurism
Mercedes Claims to Have Achieved Level 3 Automation, Beating Tesla
Battery Trouble
Jan 30 on the byte
Tesla "Spontaneously" Bursts Into Flames While Driving Down Freeway
READ MORE STORIES ABOUT / Advanced Transport
Keep up.
Subscribe to our daily newsletter to keep in touch with the subjects shaping our future.
+Social+Newsletter
TopicsAbout UsContact Us
Copyright ©, Camden Media Inc All Rights Reserved. See our User Agreement, Privacy Policy and Data Use Policy. The material on this site may not be reproduced, distributed, transmitted, cached or otherwise used, except with prior written permission of Futurism. Articles may contain affiliate links which enable us to share in the revenue of any purchases made.
Fonts by Typekit and Monotype.