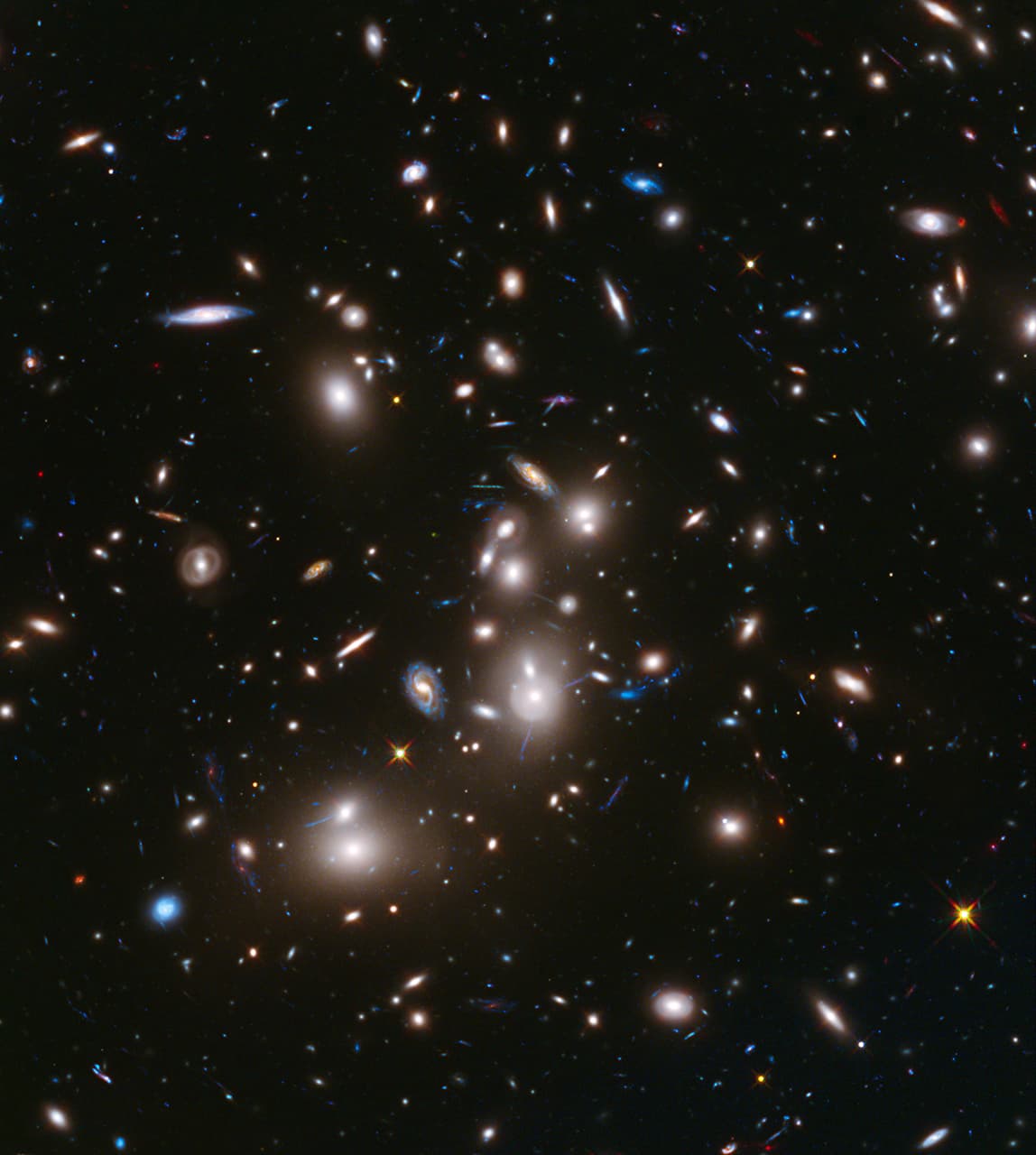 The amazing image seen here is the first super-deep view of the universe from a new perspective (one that was brought to us thanks to the work of NASA and several other collaborative institutes). This image is of Abell 2744, one of the densest known galaxy clusters. In the foreground, we can clearly see a beautiful array of hundreds of highly detailed galaxies, while the background of the image reveals an additional 3,000 galaxies! Most of the galaxies pictured have never before been seen by any human, dead or alive.

Further adding to the image's awesomeness, this new release is more than just beautiful, the image breaks a plethora of records: Not only is the deepest-ever picture taken of a cluster of galaxies, but said galaxies are among the youngest galaxies that have ever been detected. Furthermore, several things - such as age and distance - make them the faintest galaxies ever imaged. The image itself was produced by the Frontier Fields collaboration (a joint effort between NASA's Hubble, Spitzer, and Chandra space telescopes). Using this new collaboration, scientists will be able to detect galaxies that are as much as 100 times fainter than those independently captured before.

The fantastic clarity of this image - and the high detail with which we are able to see the background galaxies -  is possible because of the immense gravity permeating the foreground cluster of galaxies. These objects are being used for what is called a "gravitational lens." In short, gravitational lensing is a phenomenon caused by warped space,  which (in this case) results in distant galaxies both brightening and magnifying more distant background galaxies. The galaxies imaged here appear 10 to 20 times larger than they would normally (for more on this phenomenon--and for more cool images-- see the video below).

In the forefront of the image, we see galaxies as they looked some 3.5 billion years ago (when the Earth was still in its formative years of development i.e., it was still just a baby). The background galaxies in the image appear as they did a staggering 12 billion years ago (when the universe itself , which is an estimated 13.8 billion years old, was hardly out of its infancy). We are seeing them in this phase of development BECAUSE they are so old and distant. It took the light from the galaxy's 12 billion years to traverse throughout the intergalactic medium, before arriving to Earth.

As is true of most deep-field images, a majority of the mass in this image comes from dark matter (not to be mistaken with dark energy -- although it does play a huge role in the position of the galaxies in question). And unsurprisingly, the galaxies found here range wildly in size. Some - like dwarf galaxies Hubble captured, which merely contain 1/1,000th of the mass of the Milky Way),  while other beasts are 100 time as massive as our own galaxy.

All in all, this data represents 67 hours of exposure time taken over the course of 4 years. Frankly, I think the wait was worth it.