How to Test and Disprove Evolution: 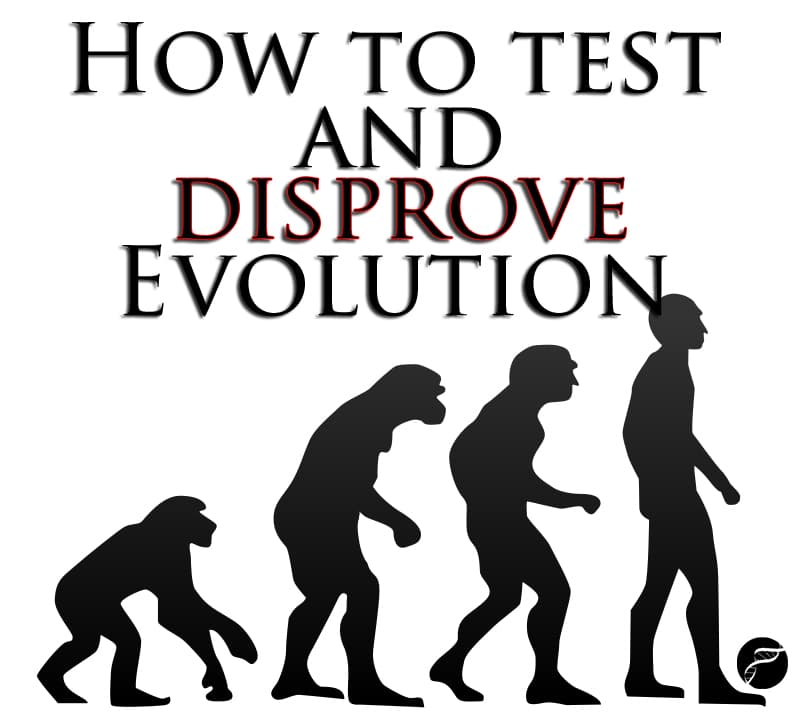 The most powerful evidence in support of any theory is its ability to correctly make predictions.  It is these predictions that can act as a means of testing a theory to determine its validity. Today, we'd like to talk about how one could disprove evolution. Here are three ways to test the theory of evolution for yourself to see if it holds up.  I'll provide some examples to illustrate the idea, but I encourage you to test it out on your own.

What Are the Tests?

For more information on viewing evolution evidence through this lens, please pay a visit to this post.

How to Conduct the Tests:

Let's apply these three predictions (of similarities, of progressions, and of remnants) to a well known animal (perhaps the animal you know best!) to see how the theory of evolution holds up.  The principles that are being used here could be used on any species (and I encourage you to try).

If humans are the product of evolution, we would expect for them to share similarities with other animals that they shared a common ancestor with.

If humans are the product of evolution, we would expect to find evidence of changes over time within the geologic column, recorded history, or across geography.

Progressions evidence: The human fossil record is far more complete than one might expect for such a small, formerly low population species.

Could these all just be separate species of ape?  No. The 38 species of Homininae found in the fossil record are far too sequential for this to be the full story.  Please visit websites like these to get a detailed and interactive explanation of the human evolution fossils: BecomingHuman.org, and the Smithsonian National Museum of Natural History.

If humans are the product of evolution, we would predict that they would have traits and genes that are remnants of past generations. This section also deals with organisms not having any flaws.

Remnants evidence: (I'll try to start at the top of the head and work my way down.)

This exercise of making predictions and then testing them can be carried out on just about any species.  Try it!  See what you find out! Some quite weird species make this challenging, but this process of 'evolutionary thinking' is extremely valuable in its ability to make predictions and teach us about the biological realm around us.  It is a beautiful and humbling experience to look around at life and be able to see 3.5 billion years of history looking back.  Enjoy it and share this wonder with others!