How Science Helped us Determine the Fate of Flight MH370: 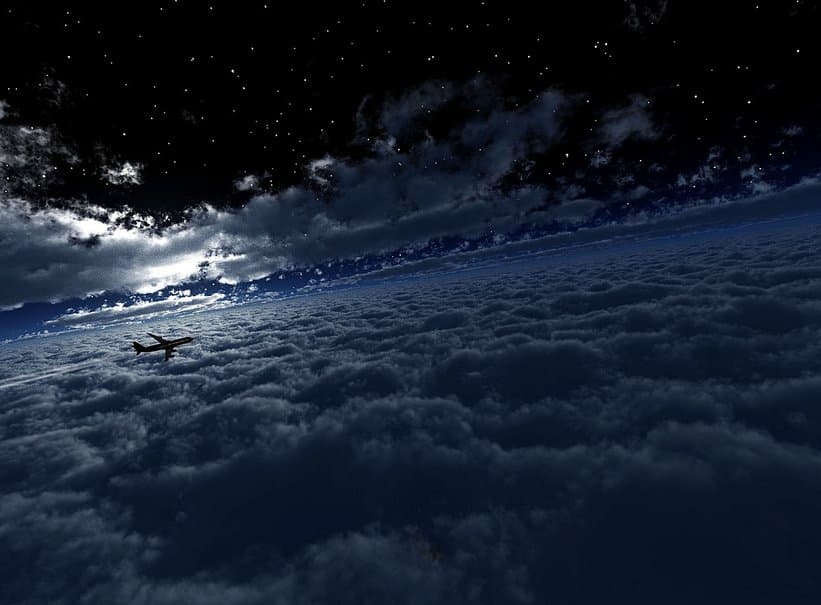 Over the last few weeks, we have all been assailed with posts about the missing Malaysia Airlines Flight 370, which carried 239 people. For those of you who are unaware, it has been announced that fight MH370 ended its journey in the southern Indian Ocean. Since we have yet to find any wreckage of the plane, one my rightly wonder how we are able to announce the planes fate. The answer is rather simple: Math.

The reporting surrounding flight MH370 has been sensationalist and disquieting. At one point, CNN even seemed to be considering whether or not a black hole could have swallowed the plane. Then, when the scientific correspondent responded, she asserted that we know that this can’t be what happened as, “A small black hole would suck in our entire universe." (black holes are not cosmic vacuum cleaners; even the largest cannot consume the entire universe).

All of this irresponsible and illogical sensationalism was coupled with fear mongering about terrorism and a host of other uncomfortable reporting practices. Given the quality of reporting that surrounded this event, and the fact that no wreckage has been recovered, individuals are understandably skeptical of the announcement that the plane, along with all of its passengers, crashed into the ocean. However, this announcement ultimately rests on sound science.

Inmarsat, a satellite company based in the United Kingdom, utilized a new kind of mathematical analysis to locate the plane's final trajectory and determine that it was lost in the watery desert of the southern Indian Ocean. It is currently believed that it went down in an area where there is no land upon which the plane could come to rest. Ultimately, this is a zone populated by nothing but underwater volcanoes, and area which hasn't been surveyed for more than 20 years.

We were able to determine this location as the planes final resting place as Inmarsat is a communications satellite in geosynchronous orbit over the Indian Ocean. Approximately every hour, it sends out a short electronic message to subscribers, and the subscribers respond with a similar signal. Since these satellite "pings" are carried on a radio wave, we can use the wavelength (frequency increase or decrease depending on whether the aircraft is moving towards or away from the satellite) to determine the location of MH370. This is known as the Doppler Effect.

The Doppler Effect is something that everyone is unconsciously aware of. Think of a police siren sounding in the distance. As the siren moves towards you, it has a very high pitch. This is because the wavelength is being compressed. As soon as the siren passed, the pitch drops because the wavelength is being stretched. And by measuring this stretching/compressing, we were able to determine the rough path of the plane.

Although these devices eventually stopped responding to the Inmarsat messages, according to the UK Air Accidents Investigation Branch (AAIB) MH370 replied a total of six times to these pings (there was another partial response that is being investigated, it is assumed that the attempt was made either outside of the usual time frame or during powerless). So we simply traced the trajectory of the plane to get an idea of where it was. As David Cenciotti notes, this event helped us determine at least two things:

1) Pilots have the power to make aircraft almost invisible to radars. This will have to be addressed in some way, with some system capable to track the plane regardless of the aircrew’s willingness.

2) Black Box data have to be streamed via satellite and stored for the shortest time possible (until the next flight, then automatically erased) somewhere (for instance, in a Cloud Network architecture, to save money and have it immediately available, should the need arise).

Hopefully, we will be able to improve our methods to ensure that nothing like this happens again.