How Science Has Shaped the World 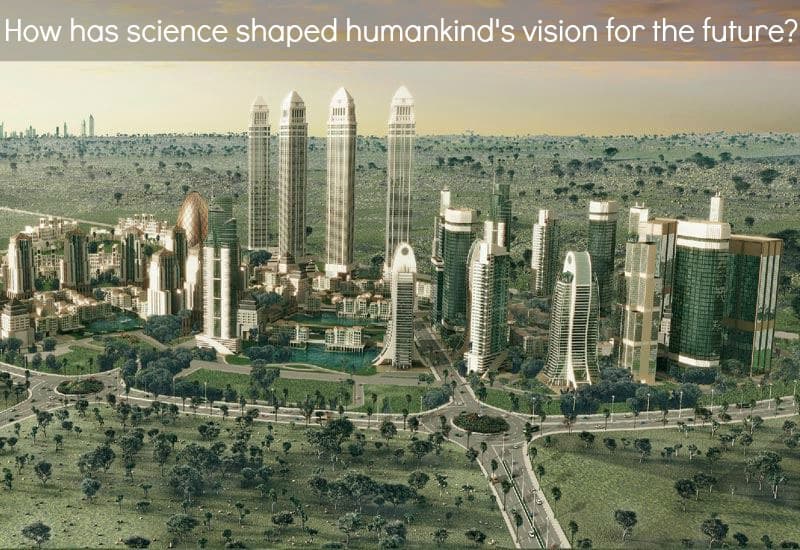 How has science shaped humankind's vision for the future? Even though science is a tool (one that could have very different effects in right or wrong hands), does it have inspirational and imaginative qualities? Something that helps to contribute to our vision of the future? Neil DeGrasse Tyson has often argued that the moon landing, a scientific mission, inspired a generation, everything was "the land of tomorrow, and the future of tomorrow" - wasn't it all inspired by science and technology.

First, I’d argue that science hasn’t really shaped mankind’s vision for the future. The future is shaped by visionary people and the popular culture. Science didn’t shape Martin Luther King’s words: “I have a dream that my four little children will one day live in a nation where they will not be judged by the color of their skin but by the content of their character.” Nor did science shape John Kennedy’s challenge: “We choose to go to the moon in this decade and do the other things, not because they are easy, but because they are hard, because that goal will serve to organize and measure the best of our energies and skills, because that challenge is one that we are willing to accept, one we are unwilling to postpone, and one which we intend to win, and the others, too.”

Now, don’t get me wrong, these technological accomplishments were achieved because of science (or, science at least helped them in their effort). But science doesn’t shape the future. We do. Today, several nations on Earth possess the atomic bomb – if it were set off under the right circumstances, the world would be lit up within minutes and a nuclear holocaust would ensue. Why haven’t we destroyed ourselves just yet? Because self preservation demands we find other ways than war to sort out our differences. Science gives us the option, but the people of the world, the leaders, make the decision to choose negotiations over total war.

With that, the visionaries of today are able to use science as a tool - take current scientific thinking, the latest scientific theories, and the most advanced technological devises and envision a better tomorrow. But, again, such visions of the future are in the hands of individual people and it isn’t in the hands of science. At least, that’s what I’d argue from a philosophical standpoint.

It becomes a matter of splitting hairs. Did the invention of the printing press inspire people? To some extent, yes, but the printing press was ultimately used by visionaries (good and bad) to spread their vision more efficiently. In the same way, the radio, television, and the internet follow the same pattern.

Advancements in science have facilitated incredible advancements in the world. You (probably) have a device in your pocket right now that has the capacity to connect you with another human being on the other side of the world within seconds and possessing the ability to access pretty much any piece of knowledge (correct or incorrect) ever produced. All together, your phone is more powerful and has more computing power than was used for the Apollo moon landings. A few decades ago years ago, a smartphone would have been considered magical.

Science, philosophical thinking, popular media, current world events, among many other things all come together to help the visionaries of today envision tomorrow. The question becomes what role do these 'tools' play in shaping the future. I'd say they play a passive role applied actively by our minds.