How Red Barns Are Linked to Dying Stars 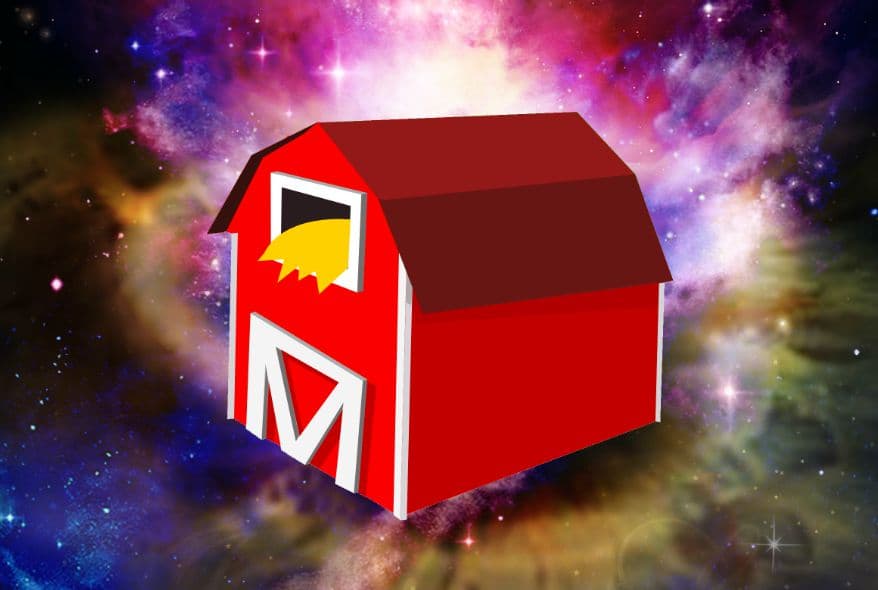 Have you ever wondered why so many barns are painted red? The simplest explanation is that red paint is cheaper. But, naturally, you may wonder exactly why that is. Believe it or not, the answer lies in the innate nature of stars.

Before we can understand the why, we must first ask "what is paint?" Paint, at the most basic level, is mostly a binder and a pigment. Most (but not all) pigments are minerals, and they produce color by absorbing select wavelengths of light. For example, red ochre—a.k.a hematite, or Fe2O3—absorbs yellow, green, and blue light and reflects a reddish-orange color. This is the pigment used in barn paint.

Red ochre is made of just iron and oxygen, both of which are abundant on Earth (its crust is 6% iron and 30% oxygen). Oxygen is profuse and affects color by shaping it, but a lot of the color is determined by transition metals, especially those in the d-orbital. Crystal field theory explains colors originating from the excitation of electrons in transition elements. Transition—or d-orbital—elements are key to making colored paints.

So, if we know a lot of pigments come from transitional metals, why is one of these elements, iron, so much more common than all of the others? It goes back to nuclear fusion.

Stars stay alive through fusion reactions. When gravity is greater than energy, star contraction occurs. When energy is greater than gravity, expansion occurs. Initially, hydrogen fuses into helium and extra energy is released, resulting in more fusion—leading up to iron (the heaviest element stars can fuse). Beyond 56 atomic mass units (AMUs), fusion consumes more energy than it produces, and things begin to fall apart.

At 56 AMU, the star collapses, setting off the nuclear reactions that forge even heavier elements. The reactions only happen briefly, so they do not produce many elements heavier than 56 nucleons. If a star is massive enough, however, it will explode as a supernova and sow the universe with more than the hydrogen we originally started with.

Now, how does this all relate to red paint? The cutoff for ordinary fusion is at 56 AMU. Because it is the last point in these chain reactions, a lot of the byproducts of fusion can't be synthesized easily, so we get a lot more of isotope 56 or the element that contains 26 protons and 30 neutrons—iron.

Being that it not only takes a d-block element to make a decent pigment, but because of the "iron peak", iron-based pigments are the most plentiful. Also, on Earth, iron is going to bond more strongly to oxygen because it won't evaporate. This bond forms iron oxides, which mix with oils to form cheap red paint.

And, now you know why most barns are red.