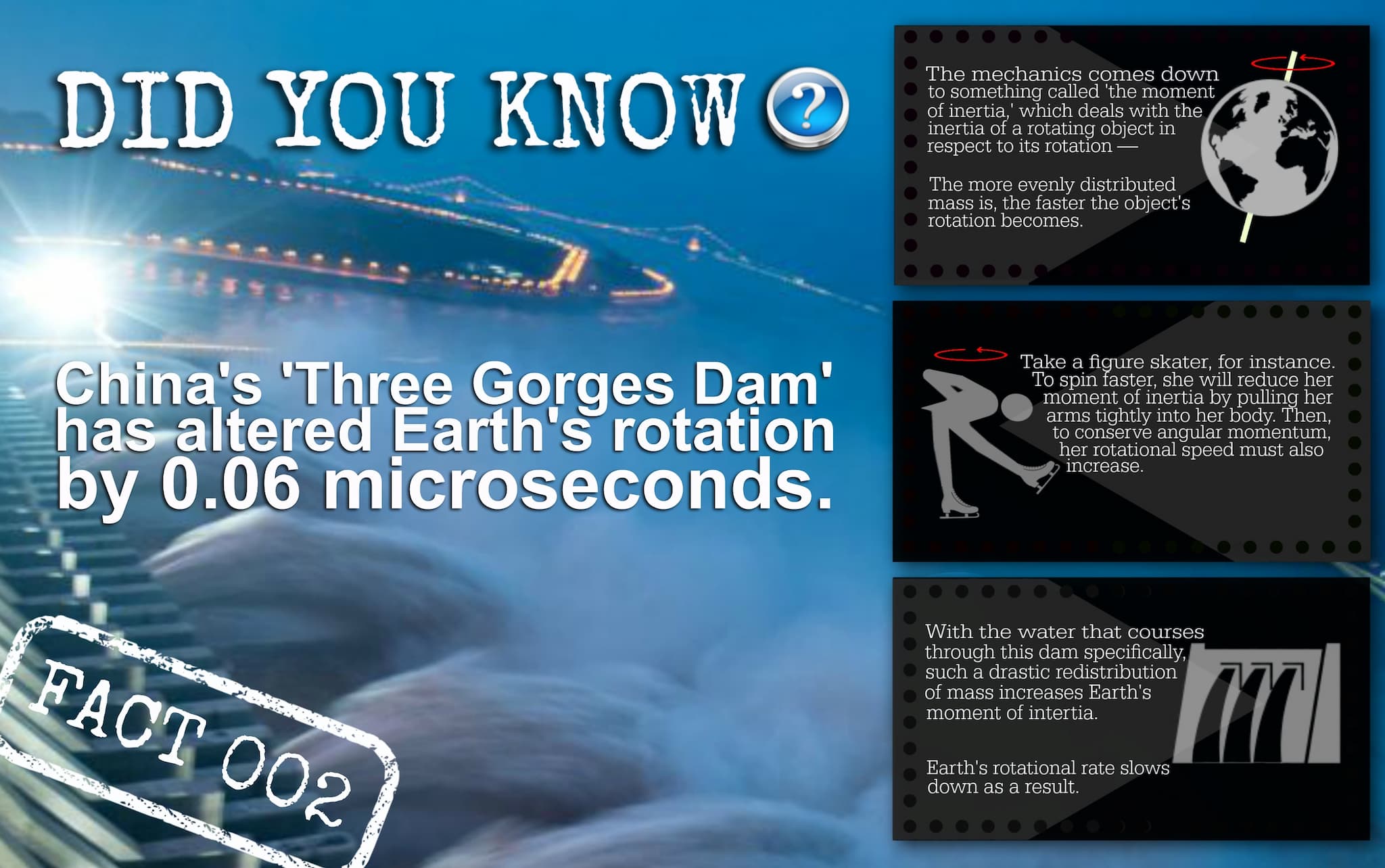 “Powerful” doesn’t really do this amazing (and very controversial) structure justice. The last 32 generators (each capable of generating 50 MW of power) went into action at the end of July of 2012. For comparison, it is estimated that just 1 MW is enough to power as many as 1,000 home (though this will depend on consumption habits).

Over all, the gushing water produced by the dam has enough power to generate about 22.5 million kilowatts (22,500 megawatts) of energy, which is equivalent to about fifteen nuclear reactors and, of course, it doesn’t cause concerns about radioactive materials being unleashed (which is a very good thing, especially after events like the Chernobyl and Fukushima nuclear disasters). of course, there were still a number of ethical concerns related to this structure, as it necessitated the forced relocation of a number of individuals and completely destroyed a number of habitats along the river's path. However, many argue that these disastrous effects are acceptable, as this is a clean, effective way of rendering energy for a booming population.

Perhaps most notably, this dam didn't just alter local ecosystems, it altered the rotation of our planet. Wondering how this could possibly have an impact on the Earth’s rotation? Ultimately, elevating  trillions of pounds of water some 574 feet (175 meters) above sea level will increase the Earth’s moment of inertia, and thus slow its rotation.  For a basic breakdown of how this works, take a look at the below infographic: