How Old Are Saturn's Rings? 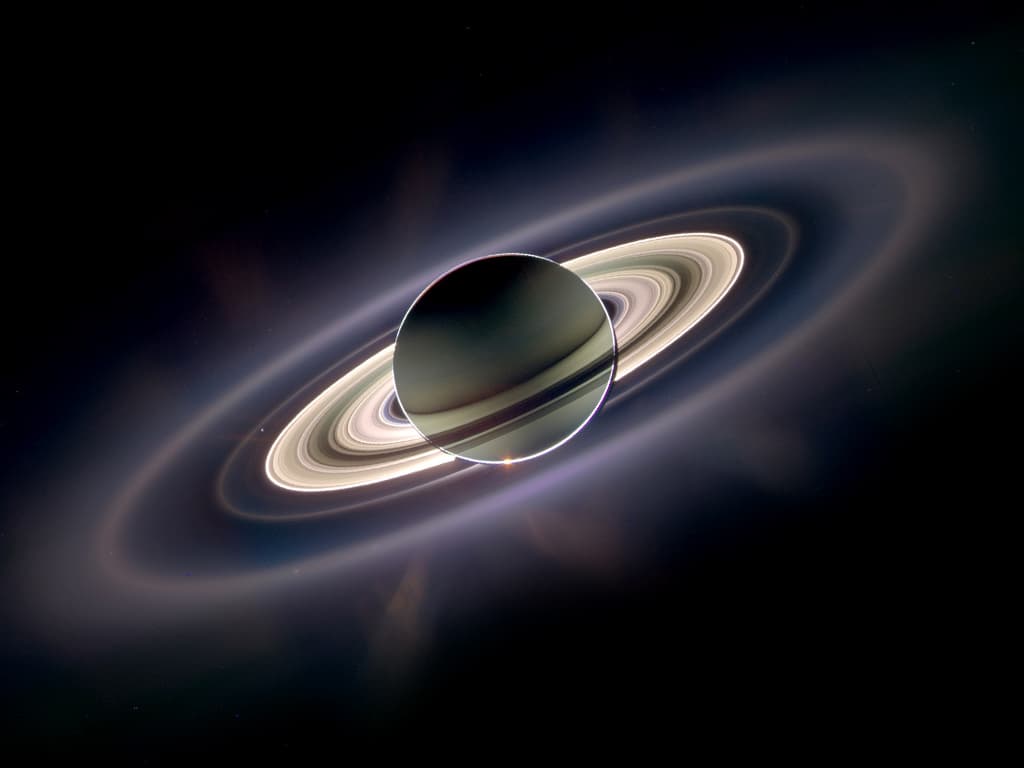 Saturn is easily one of our favorite planets. Ever since Galileo first gazed upon it, Saturn has captivated our artistic eye. Most of the credit for that goes to its extensive ring system. Saturn isn't the only planet with rings, in fact, all of the gas giants have them, but Saturn's rings are certainly the most brilliant and dynamic.

A ring system as dynamic as Saturn's probably originated from a single cataclysmic event. At some point during the planet's history, a moon orbited too close and passed within the Roche limit, which allowed gravitational stresses to tear the moon apart. Over time, that debris turned into the ring system that we see today. But when exactly did this happen? How old are these rings?

Most astronomers believe the rings are nearly 4.4-billion years old, meaning they have basically been with Saturn since it formed. However, there is a problem with this hypothesis. If the rings were that old, interplanetary dust should have coated the rings in a thin layer of dark "not pretty" stuff, which would make the rings appear dirtier and dimmer. Conversely, if the rings formed within the last few million years, the dust wouldn't have had as much time to coat the rings, and they would still be able to shine brightly.

Cassini has been measuring the rate at which interplanetary dust falls into the Saturnian system. With the help of the spacecraft, astronomers now know that dust falls into the system about 40 times slower than they previously thought. Since the dust contaminates the ring at a much slower rate, they would be able to maintain their shiny brilliance over a much longer period of time. In fact, as Larry Esposito (a planetary scientist at the University of Colorado) said, "The rings can be three to ten times older than we thought."

So, how fast does dust fall onto the rings? How many particles per year? According to data from Cassini, interplanetary particles fall at a rate of about 20 per year. By analyzing the particle's trajectory, most of them seem to originate from the Kuiper belt.

Though this isn't a final nail in the coffin for the "young ring" theory, it's certainly a devastating blow. Some scientists have noted that the rings could have some type of "recycling" method that allows them to keep their brilliant appearance. It's also (very) possible that conditions in the solar system have changed over time, and there were more particles in the past than there are today. Then again, even if everything is in line for an "old ring" scenario, it's still possible that the rings formed recently (though, I don't know if we'll be able to prove that one way or another).