How Long Would it Take to Walk a Light-Year? 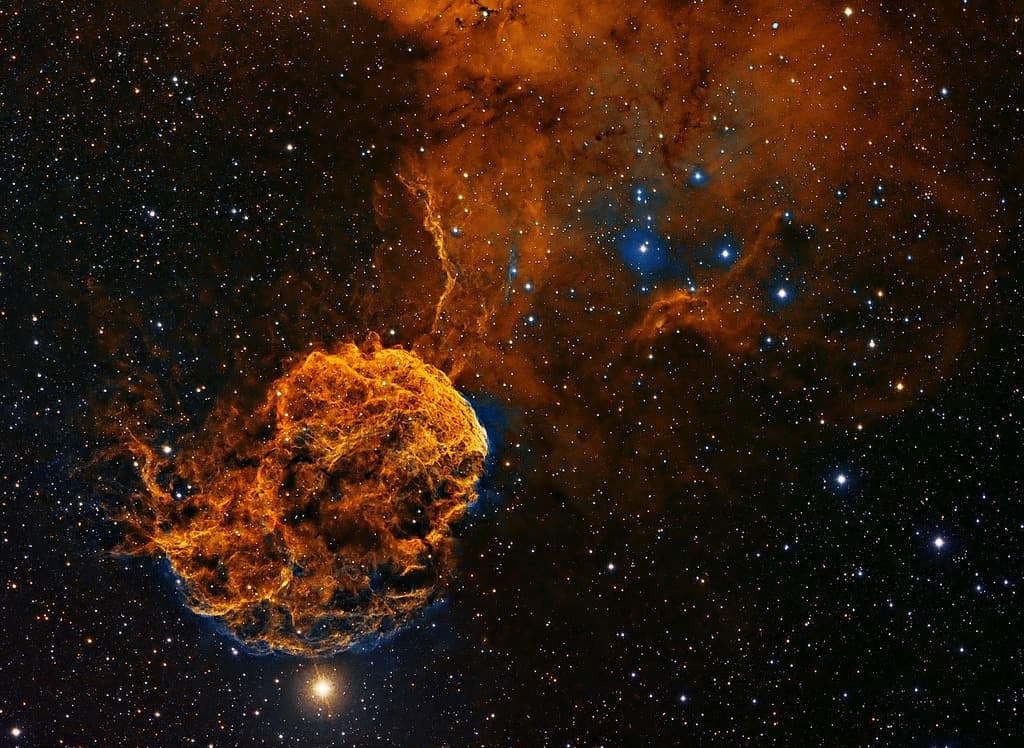 Thanks to Albert Einstein’s Theories of Relativity, we know that our universe has a speed limit. This limit is set by the speed of light, which travels a staggering 186,282 miles per second (299,792 km/sec).  If we are looking at hours, that translates to 670.6 million mph (1.1 billion kmh). For a little context, if you were traveling at the speed of light, you would be able to whip about the Earth 7.5 times each second.

It's pretty dang fast, which comes in handy for measurements.

Since the universe is such a vast place, if we measured distances in miles or kilometers, we would be working with some amazingly huge numbers. As such, we measure cosmic distances according to how fast light can travel in a year. If you are wondering, there are just about 31,500,000 seconds in a year, and if you multiply this by 186,000 (the distance that light travels each second), you get 5.9 trillion miles (9.4 trillion km)—the distance that light travels in one year.

For example, the Milky Way galaxy is some 100,000 light-years across, and our closest galactic neighbor, Andromeda, is some 2.5 million light-years away. In other words, it takes light 2.5 million years just to travel from our galaxy to the one that is right next to us. Remember that the next time that you see a Hubble image that shows a host of galaxies dancing across the cosmos—what you are looking at is amazingly far away.

The time that it takes us to travel one light-year is (unsurprisingly) considerably longer than a year. In fact, it takes between six months and a year just to reach Mars, which is only 12.5 light-minutes away. And it took New Horizons nearly a decade to make its way from Earth to Pluto, which is just around the corner, 4.6 light-hours away.

This duration is a bit of a problem, as it makes space exploration a painstakingly slow process.

Even if we hopped aboard the space shuttle discovery, which can travel 5 miles a second, it would take us about 37,200 years to go one light-year. Walking? That would take us some 225 million years (that’s assuming that you managed a constant speed of 20 minutes for every mile and didn't stop for any bathroom breaks...it would be a little trying, to say the least, especially when one considers that modern humans have only been around for about 200,000 years.

The worst thing? Even after all that time, we still wouldn’t be anywhere even remotely interesting. The closest star, Proxima Centauri, is more than four light-years away.