How do we Define North, South, East, and West in Space? 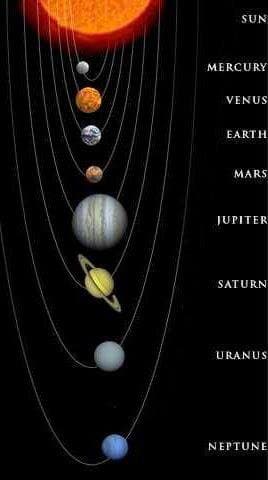 First, it’s necessary to understand that directions that are not relative to something else are 100% and absolutely arbitrary. If you ask me to “point up,” I’m going to orient myself to the ground/Earth and point away from it. If, however, I were to travel to the opposite side of the world, the “up” I was just pointing at would be the "down" in the new orientation. If I was on a spaceship orbiting the Earth, and the spaceship was oriented so the top of the ship was pointed at Earth, my “up” would probably be oriented towards the Earth as well (or, "up" would start to be defined as the direction "up and away" from my head).

The same basic principle applies for ideas like the compass points. There is no scientific reason why the Northern Hemisphere is “on top,” or why London is higher than Miami, instead of the other way around. In truth, the reason is entirely political. Our current map-orientation comes from the European map makers of a few centuries ago. That orientation of the globe is the one that the entire world uses today.

Now, when we went about exploring the solar system we needed to orient ourselves in some reasonable fashion. Our solar system is oriented by the orbital plane of the planets and the rotation of the Sun. In the image posted here, your question is basically asking, "why don’t the planets orbit around the sun vertically" (as shown in the picture). That is, quite frankly, an absurd question.

You could very well orient the entire plane of the solar system in that fashion, but you start to screw up other known orientations, like the northern and southern hemispheres of the solar system, which are based in the same general direction of Earth’s hemispheres – and the same thing goes for the galaxy and the universe as a whole.

In the end, according to all of our markers that allow us to orient ourselves, the planets orbit around the sun in a generally horizontal fashion, differing only by a few degrees in relation to the orbital plane, and the solar system rotates at a 30-degree tilt in relation to the rest of the galaxy. For all intents and purposes (practical purposes), what we call those directions and how we orient ourselves isn’t changing any time soon.