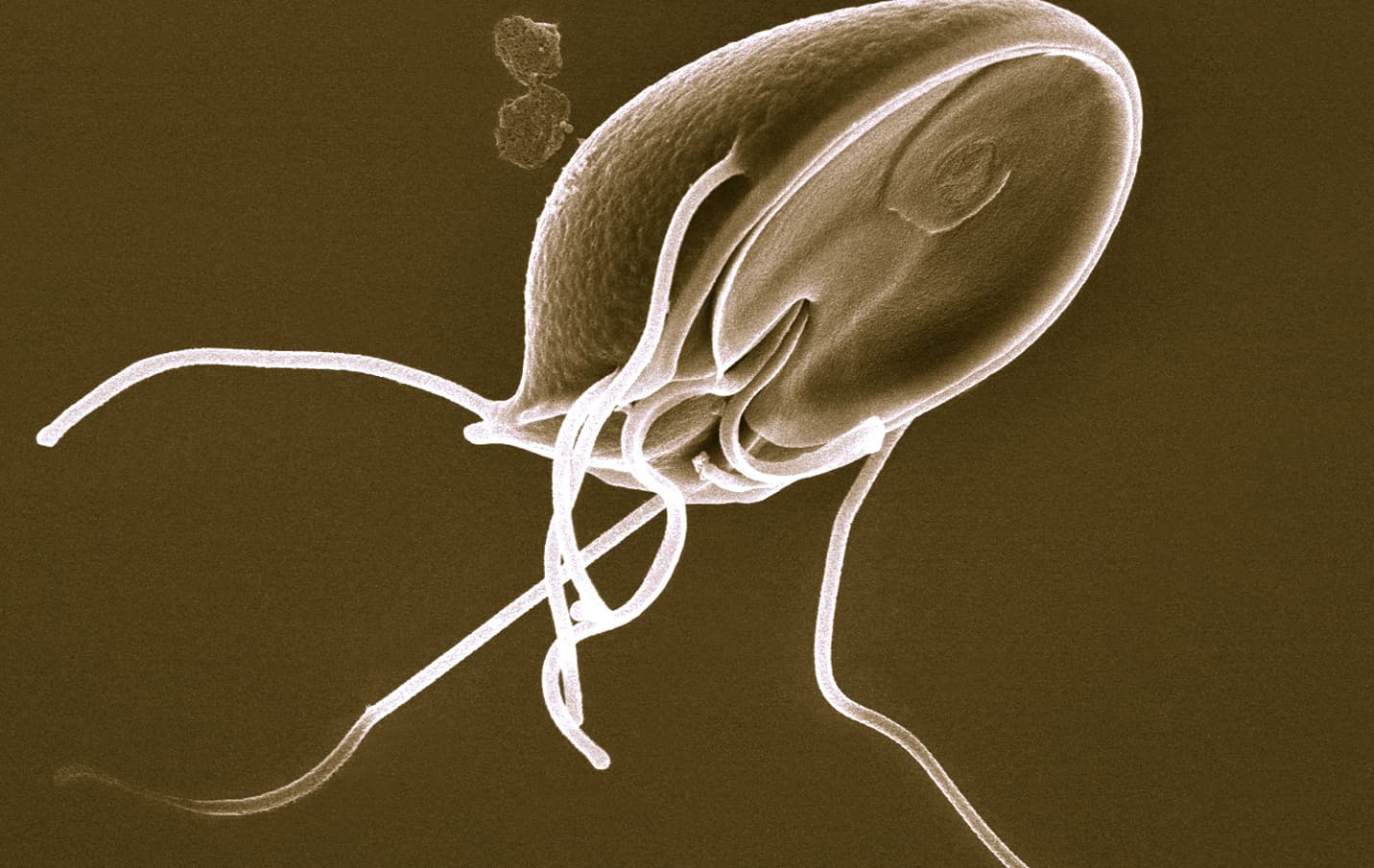 Image by CDC via Wikipedia

UNDERSTANDING THE ORIGINS OF LIFE

Evolution by natural selection is one of the most powerful scientific theories humanity has ever discovered. With Darwin's theory, biologists have been able to make sense of the wide variety and adaptability of life on Earth.

But while the theory of evolution gives us a broad account of how new organisms and new forms of life can emerge, many of the details of the history of life remain a mystery.

Explaining the existence of multicellular organisms is no easy task. We know that life started out in fairly rudimentary single-cellular form and that random genetic mutations of organisms can cause an extraordinary amount of change and adaptation. But how could singular-celled organisms, which ruthlessly compete with each other, evolve into complex and coordinating multicellular structures like humans, ferns, and crustaceans?

AN ANSWER BEGINS TO EMERGE

Previous research suggested that organisms known as choanoflagellates may hold the key to solving this puzzle. In a new paper, researcher Ken Prehoda and his team announced that they discovered that a related small mutation could be an important player in this story.

Choanoflagellates can survive in large colonies or on their own as individual cells. When they're on their own, they use a tail-like appendage known as a flagellum to move about and find nutrients. But when they form colonies, the flagellum help to organize the cells into a cohesive whole.

Prehoda and his team now believe they've discovered a mutation that allows cells to organize into multi-cellular structures without tails. This mutation caused a duplication of an enzyme gene, and the extra copy of the gene could then be used to orient and arrange new cells.

Researchers have found evidence of this kind of mutation in the genomes of all living animals, which connects us to our single-celled ancestors.

In addition to helping solve the mystery behind life's transition from single-celled organisms to multicellular life, this discovery also may help in the fight against disease.

As Pehoda suggests in the video below, we can understand cancer as the emergence of single-cellular behavior from the cells of multicellular organisms.

If we better understand the connection between these forms of life, we may discover new ways to fight the disease. Perhaps we will even find a way to simply "turn off" the cancer-causing cells.

Read This Next
Horrible Geese
Furious Geese Are Defeating Humans, Scientists Find
Hidden Hominids
Scientist Says There May Be a Species of Hobbit-Like Humanoids Hiding on an Island
Venus Smells Like Rotting Fish
Breaking: Researchers Discover Signs of Life on Venus
Smart Swine
Pigs Caught Using Tools in First-of-Its-Kind Video
Darwin Award
New Research Adds Another Branch to the Evolutionary Tree of Life
More on Hard Science
Warped Tour
Thursday on futurism
Professor Believes Door to Warp Drive May Lie With Ethylene Glycol
Sky Bursts
Thursday on the byte
Astronomers Intrigued by 25 Mysterious Repeating Radio Signals From Deep Space
Tractor Beam
Jan 26 on the byte
Scientists Build Working Tractor Beam, Although It's Comically Tiny
READ MORE STORIES ABOUT / Hard Science
Keep up.
Subscribe to our daily newsletter to keep in touch with the subjects shaping our future.
+Social+Newsletter
TopicsAbout UsContact Us
Copyright ©, Camden Media Inc All Rights Reserved. See our User Agreement, Privacy Policy and Data Use Policy. The material on this site may not be reproduced, distributed, transmitted, cached or otherwise used, except with prior written permission of Futurism. Articles may contain affiliate links which enable us to share in the revenue of any purchases made.
Fonts by Typekit and Monotype.