Here's How You Can See the Halloween Asteroid 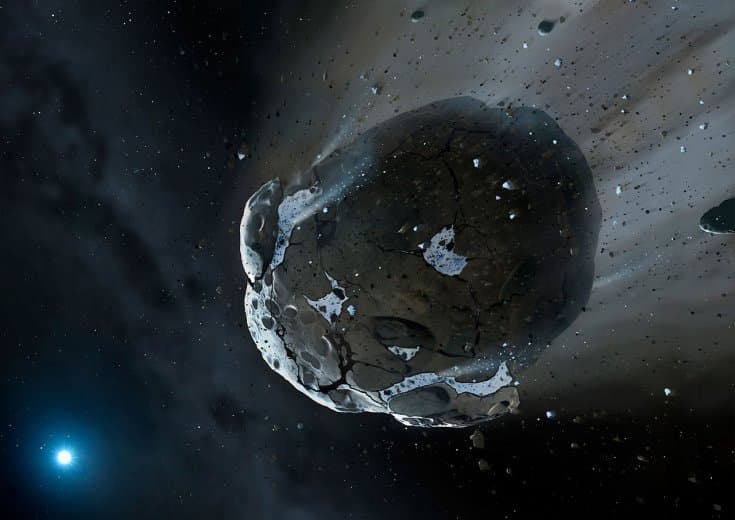 As you may have heard, there is an asteroid headed our way this Halloween.  The object  in question is known as 2015 TB145. It has been nicknamed “Spooky” by some media outlets in honor of its October 31st arrival. At the present juncture, it is hurtling towards Earth at rather impressive speeds; however, that "towards" does not mean that it is literally on a collision course.

Rather, will miss our planet at around 1.3 lunar distances (LD) – that’s approximately 310,000 miles. NASA states that it poses no danger and will not hit Earth. Indeed, if you are worried about it hitting us, you might as well worry about the Moon hitting us. No really.

Ultimately, TB145 will whip by Earth and miss us entirely. And it will really speed by, so if you want to be able to catch it, you are going to need to know where to look.

As NASA notes, the viewing will be a little tricky: “2015 TB145 could reach 10th magnitude before sunrise on October 31 for observers in North America, but it will be close to the waning gibbous Moon and probably challenging to see with small telescopes. The asteroid will be in Taurus at the time of closest approach. After closest approach 2015 TB145 will be a daytime object and too close to the Sun to observe with optical telescopes.”

But of course, don't give up all hope. Those who have access to larger telescopes should be able to locate it, and there are other ways to see the object.

Scientists assert that, traveling at some 22 miles per second (35 km/sec), the asteroid will cover roughly a Full Moon diameter about every 3 minutes. As this happens, the Goldstone antenna will hit the asteroid with radio waves. These waves will bounce off the object and head back to our own planet. When this happens, the echos off of TB145 will be collected by satellite dishes and, after this, pieced together in images that will (hopefully) reveal the surface features.

NASA scientists asserts that they will likely secure radar images that are about 7 feet (2 meters) per pixel.

However, who wants to see the asteroid with an image when you can locate it yourself? To that end, the top image in this article gives you a pretty good idea of how you can go about finding TB145. It reveals its path starting at 4 hours UT on Oct. 31 (11 p.m. CDT Oct. 30). In the image, the view faces East, and all the various tick marks show its hourly position. If you have a 10-inch telescope, you can begin looking for it Thursday night (Oct. 29th) when it reaches magnitude +13.5. The following night it leaps to +11.5.

If you need help with its flight path, Universe Today has an article that delves into how to set the location on various telescopes.

If you don't happen to have a telescope handy, you can tune in to Slooh. They will be there on Halloween at the moment of closest approach, tracking the asteroid as it comes in. They will also have astronomer Bob Berman there, along with some other special guests, discussing the dangers of Near Earth Asteroids (NEOs), the potential fallout of an asteroid this size impacting the Earth or Moon, etc.