Here's a Look at the Smart Cities of the Future

Urban living is getting an upgrade. 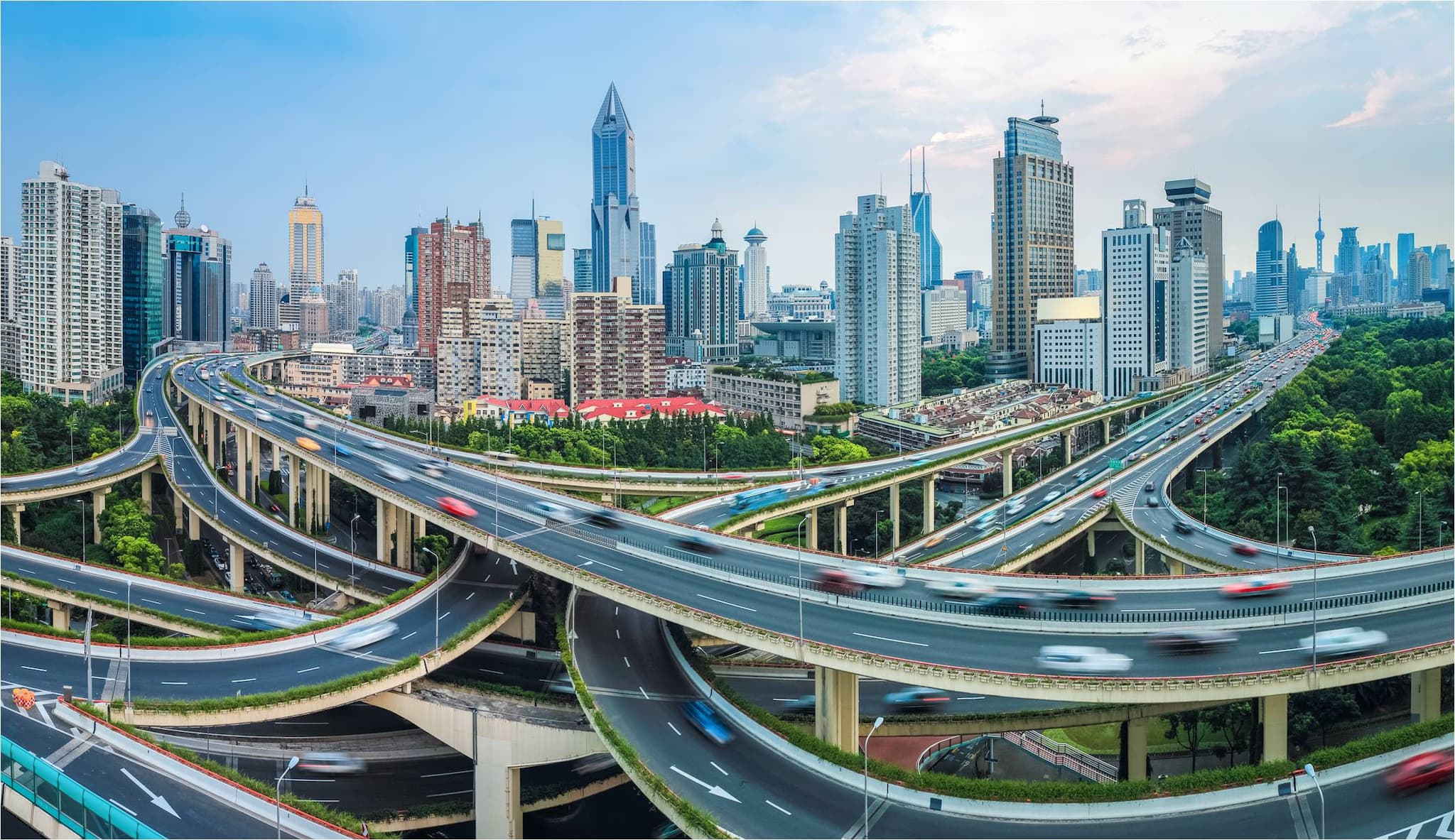 Regular readers of Futurism probably understand, by now, what it means when the word “smart” is affixed to any common piece of technology — it means a serious upgrade, most likely with internet connectivity, the ability to process huge amounts of data, and probably even an artificial intelligence (AI) program of some kind. For example, a telephone lets you communicate with someone across great distances. A smartphone, on the other hand, lets you plug into the world’s nervous system. One is a useful tool. The other is an indispensable facet of modern life.

Now, if that’s what smart technology can do to a phone, imagine what it can do to an entire city. It’s this dream — of giving our huge urban areas a technological upgrade — that’s being pursued by research teams around the country. The National Science Foundation (NSF) is even throwing its weight behind the effort, shelling out funding through its Critical Resilient Interdependent Infrastructure Systems and Processes (CRISP) project. The project’s goal is to create “resilient complex adaptive systems” for critical infrastructure — in other words, “smart cities” that are more like living organisms than the sprawling congeries of inert buildings and disconnected systems that they are today.

Narayan B. Madayam, who chairs the Department of Electrical and Computer Engineering at Rutgers University, already has a mental blueprint of what a future smart city will look like. “A smart city is where every device, every entity, and every object can connect for whatever the needs,” he explains. “Wireless connectivity is the glue that holds everything together, and the bottom line is to improve the quality of life in cities and quality of the planet.”

Mandayam is part of a multidisciplinary research team formed by Rutgers to tackle the smart city problem. He’s joined by Janne Lindqvist, an expert on human-computer interaction, and Arnold Glass, professor of cognitive psychology at the School of Arts and Sciences. And if that seems like a surprising trinity of scientific disciplines for research into smart cities, well, perhaps it shouldn’t.

The challenge of building a smart city far surpasses the “simple” engineering obstacles to creating a fully connected urban environment. To employ a biological analogy, it’s more like genetic engineering than mechanical engineering, and part of the solution will require rewriting a city’s DNA — that is, its people.

The engineering obstacles certainly are formidable. Any smart city worth its salt will possess a fully integrated infrastructure, with smart transportation services (including autonomous vehicles), internet and communication systems, water services, and electrical and power grids all connected and unified. Such a massive, city-wide system will undoubtedly require significant upgrades in infrastructural computing power just to process the massive amounts of raw data. New algorithms and AI programs will each have their roles to play, and — like something out of an old science fiction novel — the largest cities may really come to have something like a “central computer,” either distributed or localized.

Part of the challenge will also be creating multiply redundant systems, with numerous backups should one system fail, and also the ability to isolate failures and prevent them from spreading. This will be crucial to limiting the damage inflicted by natural disasters (storms, tornadoes, earthquakes, hurricanes, tsunamis, and even volcanic eruptions) and, of course, the ubiquitous menace of malicious human activity (war, terrorism, cyberattacks, etc.). The corollary is obvious: A more connected city is one that’s more vulnerable to attack. That’s a thorny issue that the designers of our future smart cities must also someday confront.

But psychology will also have a surprisingly important role in the design and implementation of any smart city. It’s necessary to understand the mentality of the urban crowd. How do people move about? How do they react in stressful situations? What is their response to certain policies? No question, there’s something a little dehumanizing about it all — if human behavior is reduced to simple mathematics, then what are human beings save a collection of predictable, living molecules floating about in a big urban beaker?

Moreover, cognitive psychology is envisioned as having an active part to play — influencing, rather than just categorizing, human behavior. It will be used as a tool to guide people to make “better,” more sustainable choices and nudge them into accepting a “better” city. But all that has an ill taste to it, since “better” is a creature of the moment, apt to change with changing times. Really, it seems like it could be a form of scientifically applied propaganda, and that has always produced unsavory results, no matter how laudable the original intention.

This is a new frontier for city planners, and one they’ll have to traverse with the utmost caution.

The City of the Future

So what will a “smart city” actually look like? This is the point where a little informed imagination may help us wrap our minds around the subject. The future smart city will employ a number of purpose-built AI programs and machine-learning algorithms to process the vast amounts of incoming “sensory” data. These programs will leverage rapid improvements in computing and neural networks in the coming decades. In fact, smart cities may witness the birth of the first truly “human-scale” AIs capable of reactive and independent cognition.

Sensors — whether cameras, acoustic networks, and other wireless systems — will communicate information about the health and status of the city and its infrastructure. Geostationary and other satellites and orbital platforms will monitor the city’s atmosphere, pollution levels, weather systems, and local environment across the EM spectrum, with particular attention paid to potential threats from earthquakes, tsunamis, hurricanes, tornadoes, and other natural disasters.

Sufficient energy to power our smart city will be generated from clean, renewable sources — wind, solar, geothermal, hydroelectric, perhaps even fusion further down the road — with each power system compartmentalized for quick isolation and outfitted with robust backup systems in case of failure. Urban “stack farms” will put vertical building space to efficient use in producing food for the city’s population, conferring on the smart city an unheard of degree of agricultural autarky. Integrated transportation systems, meanwhile, will reduce traffic congestion and strongly limit pollution.

These are just a few of the more notable features of the future smart city. With over half of the human species huddling together in dense urban areas, it’s inevitable that our cities will need to be upgraded. Cities of the future will be less defined by their skylines and more so by the sophistication of their “smarts.”

“To make a smart city happen, a tremendous amount of investment in infrastructure will be needed, but the benefits will likely far outweigh the costs,” Mandayam concludes.

Read This Next
Futurism
How Women-Startup Founders Are Building Better Cities [Sponsored]
Futurism
To Protect Endangered Coral Reefs, Researchers Need Legal Recourse
Futurism
Hackers Are Holding The City of Atlanta Hostage
Futurism
To Grow Up, Singapore Is Drilling Down
Futurism
Here's What Trump's New Budget Means for Renewable Energy
More on Future Society
Ctrl C Ctrl V
5:43 PM on the byte
Inspired by Twitter's Struggles, Facebook Considers Making an App Where You Can Post Text. Wait a Second...
Sleeping Tweeps
5:00 PM on the byte
Elon Musk Installs Washing Machine at Twitter HQ So Overworked Employees Can Wash Their Filthy Rags
Phoney Business
Yesterday on the byte
Amazon Says It'll Pay You $2 Per Month to Spy on Your Phone's Internet Traffic
READ MORE STORIES ABOUT / Future Society
Keep up.
Subscribe to our daily newsletter to keep in touch with the subjects shaping our future.
+Social+Newsletter
TopicsAbout UsContact Us
Copyright ©, Camden Media Inc All Rights Reserved. See our User Agreement, Privacy Policy and Data Use Policy. The material on this site may not be reproduced, distributed, transmitted, cached or otherwise used, except with prior written permission of Futurism. Articles may contain affiliate links which enable us to share in the revenue of any purchases made.
Fonts by Typekit and Monotype.