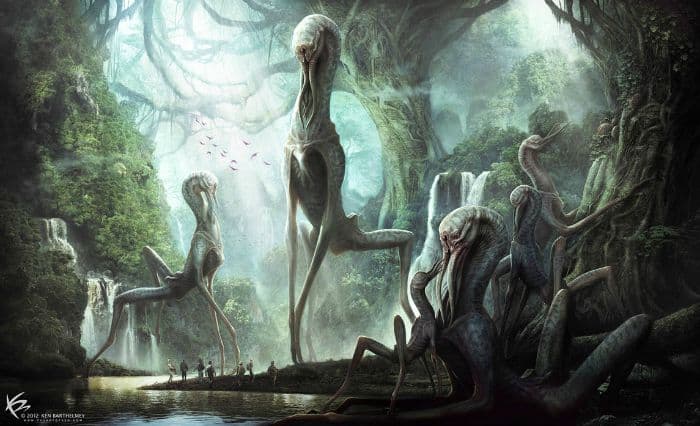 Stephen Hawking just announced that he will partner with billionaire science enthusiast Yuri Milner to undertake the most expansive search for extraterrestrial life to date.

In a press conference held at the Royal Society in London on Monday morning, Hawking and Milner unveiled their plan to combine the strength of social networking and some of the most powerful telescopes on earth to look for alien life. The project will be able to collect and analyze five times more of the radio spectrum and cover 10 times more of the sky than any previous effort to find life outside of Earth.

The two-part, $100 million project, called Breakthrough Initiatives, will be funded by Milner and span 10 years. The first observations, which will be of broadcast signals from the one million stars closest to Earth, are slotted to begin in 2016.

Part one of the initiative, called Breakthrough Listen, will have access to the Parkes Observatory radio telescope in New South Wales, Australia and the National Radio Astronomy Observatory dish in Green Bank, West Virginia. In addition to radio observations, the project will also look for optical laser signals using the 2.4-meter Automated Planet Finder Telescope at Lick Observatory in California.

Geoff Marcy, a planet hunter from the U.S. who is participating in the project, explained why having an optical laser component could be key to finding life outside of the solar system: "it's possible, if the Milky Way galaxy actually has other intelligent species that are sending their spacecraft around the galaxy, maybe setting up colonies on other planets or even around other stars, they may be communicating with all of those sites using lasers."

"Indeed, there could, therefore, be a sort of galactic Internet ... carried by laser beams crisscrossing the galaxy. And we here on the Earth may serendipitously just happen to fall in one of those laser beams. Moreover, it's possible they know about us and they're purposely shining their laser beams at us."

The project will also call on the help of the public, inviting enthusiasts around the world to participate through the SETI@home project, which features a program created by the University of California at Berkeley that uses idle home computers to sort through radio telescope data and point out signals that are potentially important.

According to Milner "With Breakthrough Listen, we're committed to bringing the Silicon Valley approach to the search for intelligent life in the Universe. Our approach to data will be open and taking advantage of the problem-solving power of social networks.”

The second part of the initiative, Breakthrough Message, has set aside $1 million in prize money for a competition to come up with the best responses to send back if a signal from other intelligent lifeforms is detected. These digital missives may never actually be sent into space, however, due to Hawking’s reservations about how they might be interpreted, and who might be listening, on the receiving end.

Hawking, arguably one of the most famous theoretical physicists all time, explained why he’s throwing his hat into the ring in the search for alien life: "Somewhere in the cosmos, perhaps, intelligent life may be watching these lights of ours, aware of what they mean.”

He added, "Or do our lights wander a lifeless cosmos - unseen beacons, announcing that here, on one rock, the Universe discovered its existence. Either way, there is no bigger question. It's time to commit to finding the answer - to search for life beyond Earth. We are alive. We are intelligent. We must know."