Have We Found a Rogue Planet? 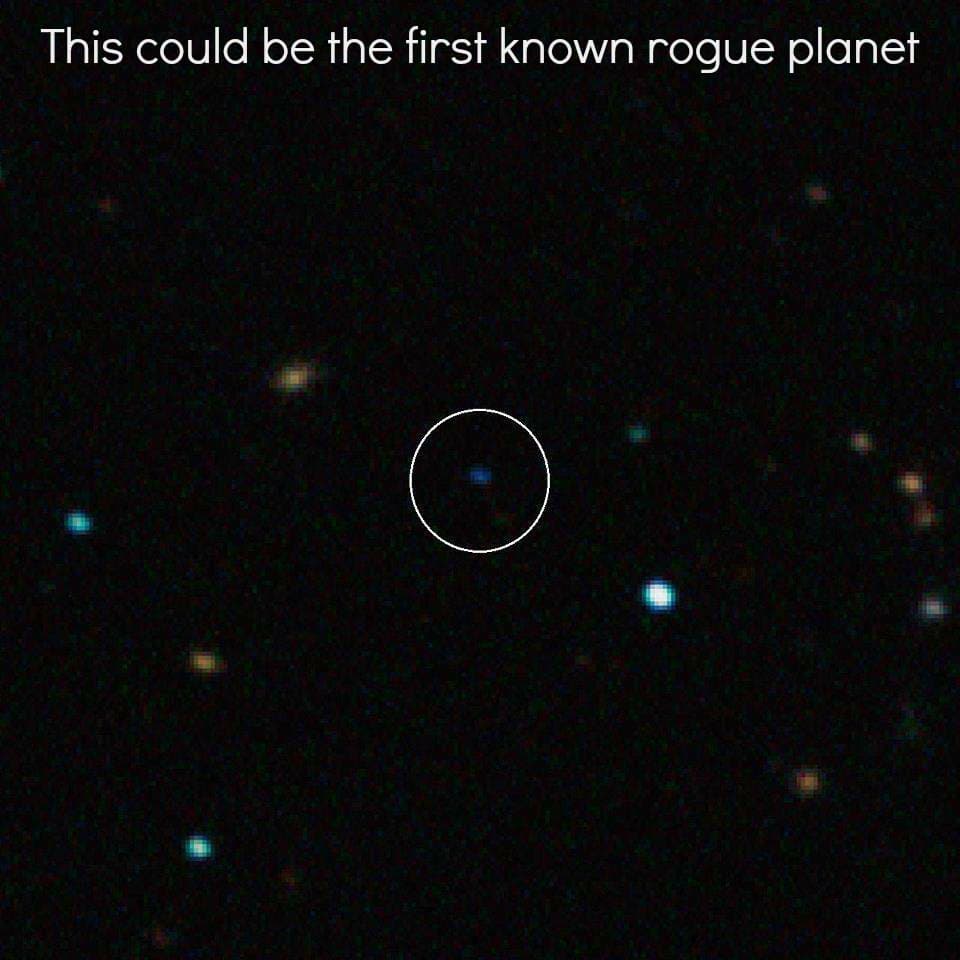 Could this be a rogue planet? That deep blue dot you see in the center of this image could very well be one of these elusive objects.

Firstly, a rogue planet is a planet that isn’t connected to a parent star. Such a planet could have formed by itself or it could have been ejected from its parent solar system in some violent event, either way, it roams the darkness of space relatively alone. Whereas astronomers have discovered a few hundred rouge planet candidates, in most cases, it is very hard to separate the brown dwarfs from the planets. This ‘planet’ (to use the term tentatively) is a unique exception.

This object has the elegant designation of CFBDSIR2149 and, at a distance of about 100 light-years from Earth, it is one of the closest such objects we have observed. It is a member of (and likely formed with) the AB Doradus Moving Group, which is the closest group of that type to our own Solar System. Because astronomers think this object formed at the same time as the rest of the AB Doradus group they are able to make observations and deduce the planets age, estimate its temperature, its mass, and even the composition of its atmosphere.

Exoplanets are very hard objects to study in general because of the blinding light from their parent sun, because this planet is rouge it offers scientists a unique opportunity. In the words of Philippe Delorme, the lead scientist on this project, “Looking for planets around their stars is akin to studying a firefly sitting one centimetre away from a distant, powerful car headlight. This nearby free-floating object offered the opportunity to study the firefly in detail without the dazzling lights of the car messing everything up.”

Of course, scientists haven’t confirmed CFBDSIR2149 as a planet yet, and further study of the object may push a tentative classification away from planet and towards a brown dwarf. Only time and study will tell.