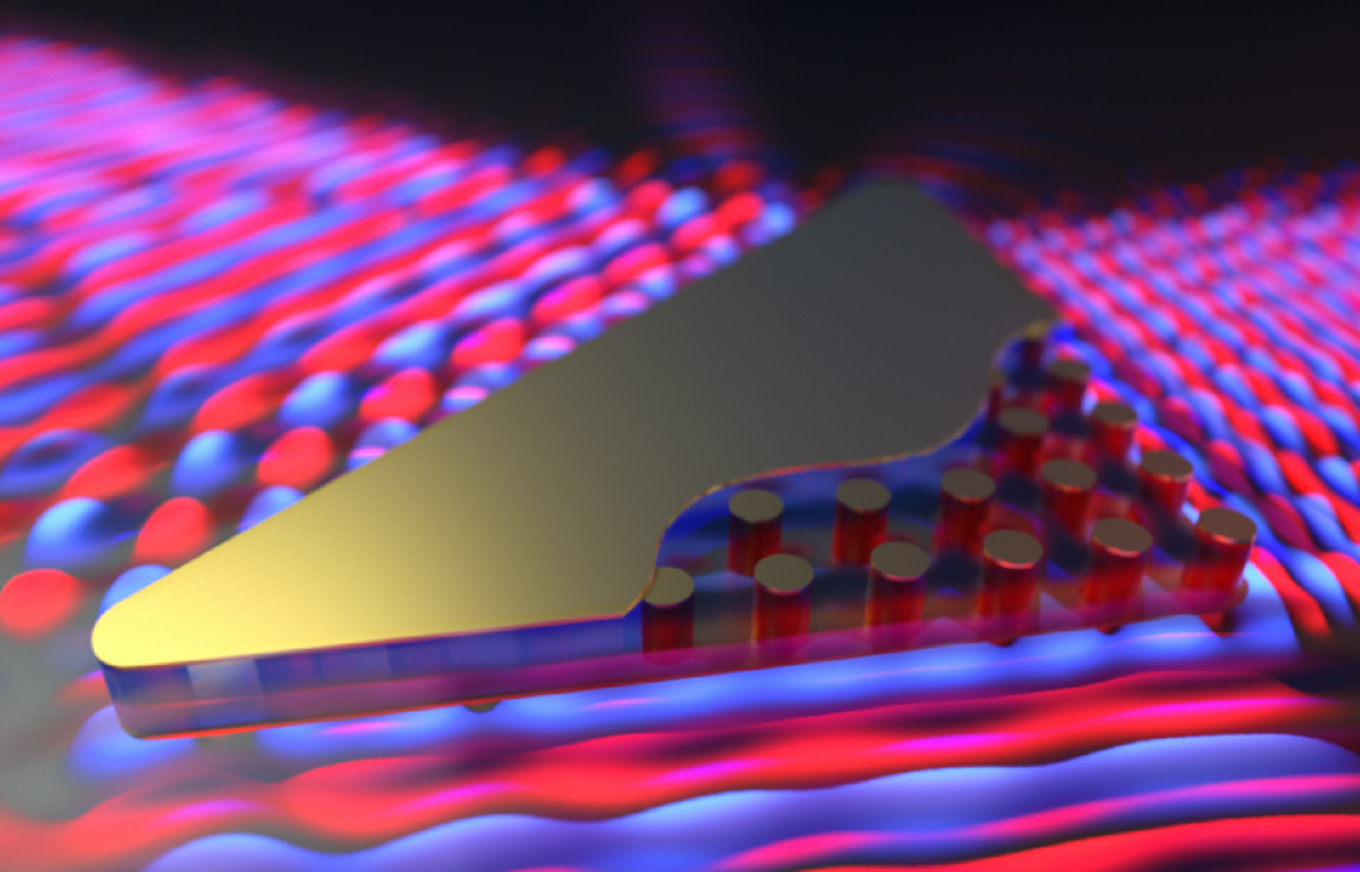 Harvard University researchers have developed a metamaterial that allows any light passing through it to go infinitely fast. The on-chip metamaterial is made by embedding silicon pillars in polymer wrapped in gold film. The resulting product is found to exhibit a refractive index of zero. The material is touted as an evolution of fiber optics and could lead to photonic based telecommunications over modern electronic based telecommunications.

The Science Behind It

The material's refractive index affects light’s “phase velocity,” which is how much a wavelength either condenses or elongates as it passes through matter. Phase velocity is another way by which the speed of light is measured. While light still passes the metamaterial at 299,792,458 m/s, its phase velocity is altered.
When this wavelength of light passes through Harvard’s new metamaterial, the crests and troughs of the wavelength are stretched infinitely, creating a flat line, in which case oscillations occur as a factor of time and not space. This allows researchers to manipulate light at the nanoscale without the risk of energy loss.

Read This Next
Futurism
Japanese Researchers Unveil Tiny, Floating, "Firefly" Light Called Luciola
Futurism
Scientists Make Single-Chip Microprocessors That Can Communicate Faster Using Light
Futurism
Meet the World's Lightest Metal. It's 99.99% Air.
Futurism
The Internet of the Future Could Be Brought to You By Light Bulbs
More on Robots & Machines
From the Dept. of...
12:00 AM on futurism
The Best Desks of 2023
Balloon Pop
Feb 4 on the byte
Footage Shows Chinese Balloon Being Shot Down
From the Dept. of...
Feb 2 on futurism
The Best Mini Fridges of 2023
READ MORE STORIES ABOUT / Robots & Machines
Keep up.
Subscribe to our daily newsletter to keep in touch with the subjects shaping our future.
+Social+Newsletter
TopicsAbout UsContact Us
Copyright ©, Camden Media Inc All Rights Reserved. See our User Agreement, Privacy Policy and Data Use Policy. The material on this site may not be reproduced, distributed, transmitted, cached or otherwise used, except with prior written permission of Futurism. Articles may contain affiliate links which enable us to share in the revenue of any purchases made.
Fonts by Typekit and Monotype.