Harley-Davidson's Electric Motorcycle Will Go on Sale in August

You can preorder your own electric Harley for a cool $29,799 today. 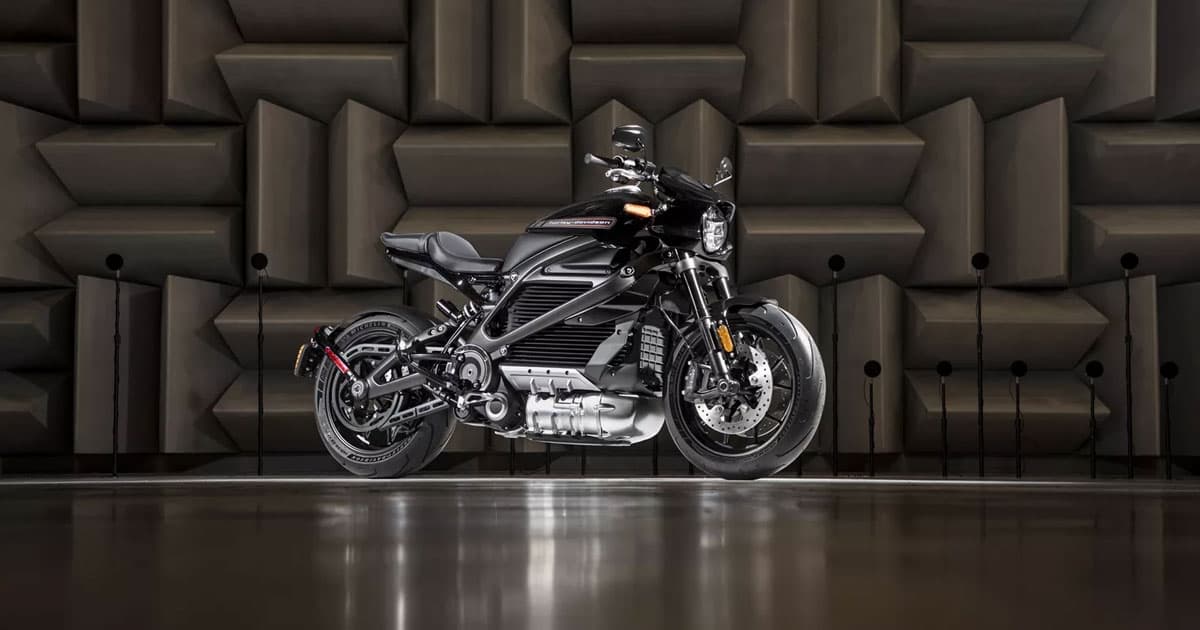 Cars aren't the only modes of transport getting an all-electric makeover.

Back in 2014, legendary motorcycle maker Harley-Davidson made headlines when it announced Project LiveWire — a concept all-electric motorcycle with a range of 60 miles. The catch: it wouldn't come out until 2021.

But battery technology has advanced in leaps and bounds. Today, Harley-Davidson announced that its long-awaited LiveWire motorcycle will go on sale in August — two years ahead of schedule.

No Clutch No Gear

We got our first look at the final designs back in November: a battery-powered bike that can go from zero to 60 mph in under 3.5 seconds. The Verge reported it will cover 110 "city miles" on a single charge — almost twice as much as 2016 estimates. Regenerative breaking could also extend that number.

Since the LiveWire is electric, there's no clutch or gears, making it extremely easy for those who are looking to get into riding a motorcycle. But that also means no trademark Harley engine rumble. Luckily, the company's engineers thought of that, too.

"The LiveWire model is designed to produce a new signature Harley-Davidson sound as it accelerates and gains speed," reads an official press release. The new sound is more of a futuristic motor whine, not the deep rumble Harleys are usually known for.

Owners will also be able to check how much juice is left in the battery and the exact GPS location of their internet-connected Harley via a smartphone app.

Will it convince even the most grizzled and bearded motorcycle gang members? We'll soon find out.

More on the LiveWire: Harley-Davidson is Making Its First Electric Motorcycle

Read This Next
Range Serenity
Ford's Electric F-150 Is Poised to Change the Entire EV Market
Top It Off
Startup Says Solar-Powered Electric Car Never Needs to Charge
Model Y Finally
Elon Musk: $47,000 Model Y SUV "Will Ride Like a Sports Car"
Electric Ford
Ford Is Planning an All-Electric F-150 Pickup Truck
Electric Cadillac
Cadillac Just Teased the First Images of Its Electric SUV
More on Advanced Transport
Musk Antics
Yesterday on futurism
Elon Musk Has a Big Problem on His Hands
Alert!
Sep 23 on the byte
Ford Wants Pedestrians to Download an App So Its Trucks Don't Run Them Over
Fly Boys
Sep 23 on the byte
JetBlue, Virgin Strike Deal to Buy Jet Fuel Made From Recaptured CO2
READ MORE STORIES ABOUT / Advanced Transport
Keep up.
Subscribe to our daily newsletter to keep in touch with the subjects shaping our future.
+Social+Newsletter
TopicsAbout UsContact Us
Copyright ©, Camden Media Inc All Rights Reserved. See our User Agreement, Privacy Policy and Data Use Policy. The material on this site may not be reproduced, distributed, transmitted, cached or otherwise used, except with prior written permission of Futurism. Articles may contain affiliate links which enable us to share in the revenue of any purchases made.
Fonts by Typekit and Monotype.