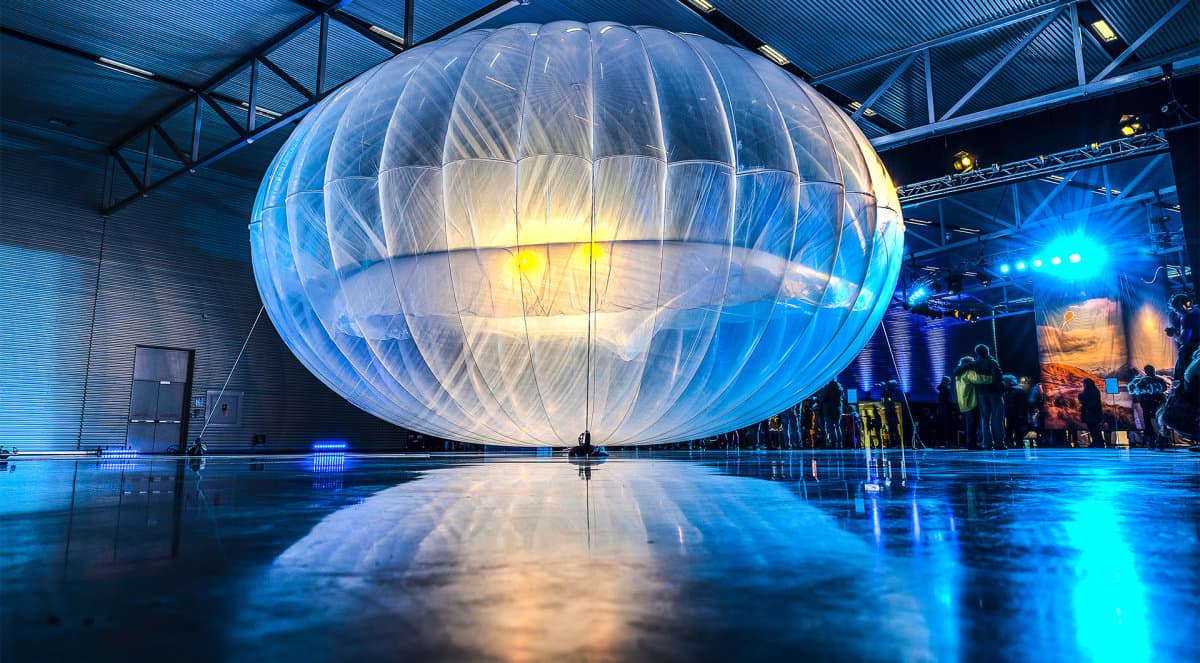 Google first announced its plans to launch superpressure balloons into the stratosphere to "blanket" huge areas with internet access back in June 2013, and now they believe that they are on course to have enough internet-beaming balloons in the stratosphere to form a ring over part of the world next year. The balloons are inflated with helium, and they contain two radio transceivers that receive and send data (with a third back-up radio), a flight computer,a  GPS location tracker, an altitude control system, and solar panels. They can now supply 10 megabits/second to connected devices via antennae on the ground. Using an automated crane, balloons will be launched in 15 minute intervals and they can stay afloat for as long as 187 days.

Google estimates it needs about 300 balloons to make a continuous string around the world, and they hope to have their first continuous string sometime next year. If it is a success, the company will launch its first set of beta commercial customers. Because each balloon only provides connectivity to a ground area of 40 km. in diameter, the initial ring "will be limited  to a relatively small part of the planet in the Southern Hemisphere."

Read This Next
From Our Partners
Save On Learning New Skills With These Pre-Black Friday Doorbusters
From Our Partners
Act Fast And Get These Top eLearning Bundles For $15 Each
From Our Partners
Build Your IT and Ethical Hacking Career With These Training Packages
From Our Partners
Clariti: it's like desktop folders, but smarter
From Our Partners
Get The Software Engineering Skills Your Career Needs With This Prep Training
More on Sci-Fi Visions
What is Happening
Feb 1 on the byte
Elon Musk Sets His Twitter Account to Private
From the Dept. of...
Jan 30 on futurism
The Best Humidifiers of 2023
Human v. Giraffe
Jan 24 on the byte
Chaotic Italian Fashion Line Baffles Facial Recognition Software
READ MORE STORIES ABOUT / Sci-Fi Visions
Keep up.
Subscribe to our daily newsletter to keep in touch with the subjects shaping our future.
+Social+Newsletter
TopicsAbout UsContact Us
Copyright ©, Camden Media Inc All Rights Reserved. See our User Agreement, Privacy Policy and Data Use Policy. The material on this site may not be reproduced, distributed, transmitted, cached or otherwise used, except with prior written permission of Futurism. Articles may contain affiliate links which enable us to share in the revenue of any purchases made.
Fonts by Typekit and Monotype.