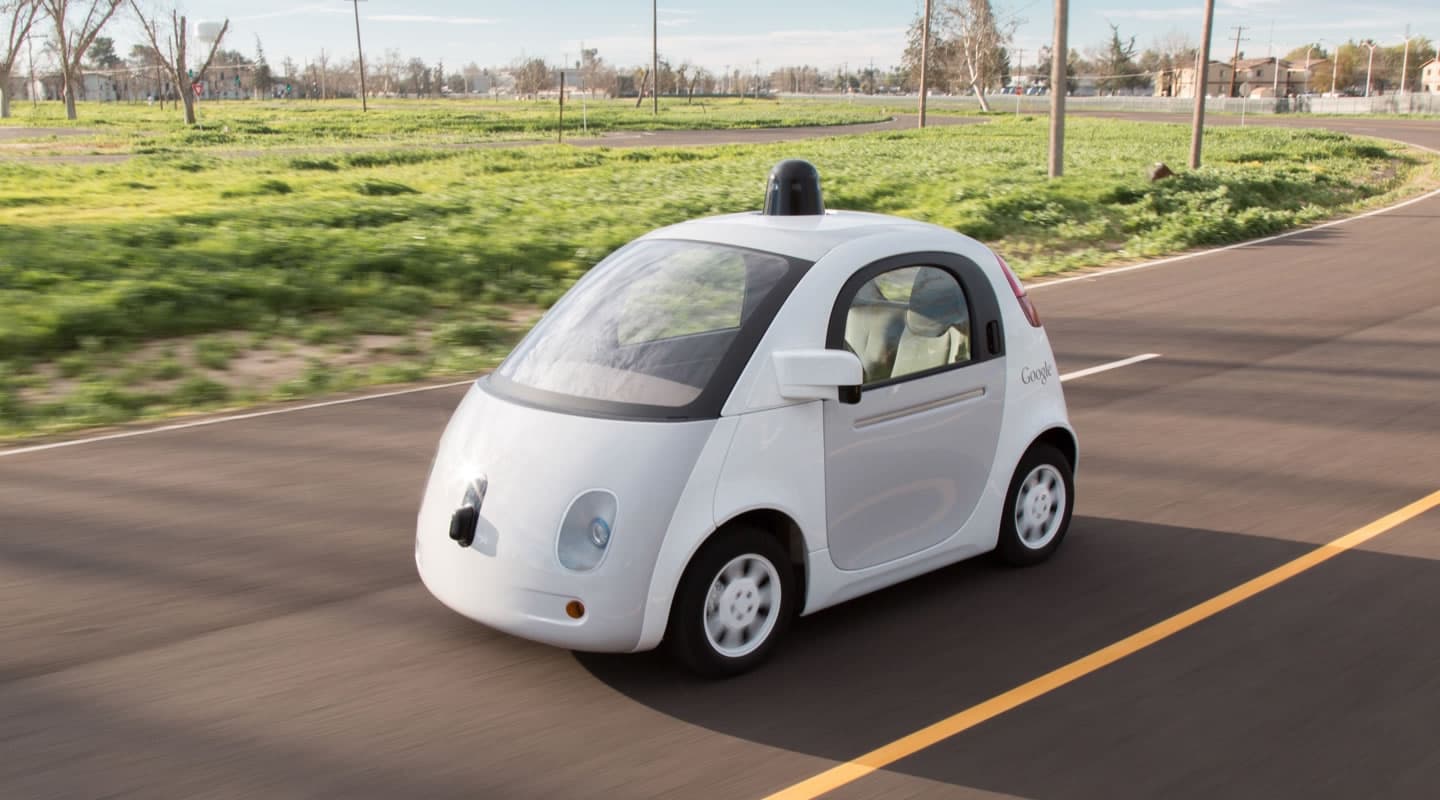 In February 2015, Hevo Power, a New York–based start-up, received permission from the FCC to install an experimental charger at Google’s headquarters in Mountain View, California. Momentum Dynamics, located in the suburbs of Philadelphia, followed suit in July. The address on Momentum’s filing matches that of Google's secretive X division, where its self-driving cars are being developed, among other technologies.

Both companies’ systems transfer power from a transmitter embedded in the ground to a receiver on the underside of an electric vehicle, using a principle called resonant magnetic induction. In this process, an alternating current passing through a tuned electrical circuit creates an oscillating magnetic field. That field then induces another alternating current in a nearby second circuit tuned to the same resonant frequency.

Hevo’s installation at the Googleplex involved a prototype charger, called Alpha, that can deliver 1.5 kilowatts of power from a circular transmitter “embedded like a manhole cover” in pavement. Momentum Dynamics claims that it has developed wireless transmitters with power ratings of up to 200 kW—although the FCC filings has not disclosed the specifications of the system Google is using.

Chris Urmson, director of Google's self-driving car program, says that wireless charging will be essential if Google's vehicles are to realize his vision. “We’ve heard countless stories from people who need a fully self-driving car today,” he wrote in December. “We’ve heard from people with health conditions ranging from vision problems to multiple sclerosis to autism to epilepsy who are frustrated with their dependence on others for even simple errands.”

Few of those people, let alone children or fare-paying passengers of autonomous taxi services, can be expected to recharge their robotic rides, says Omer Onar, a researcher at Oak Ridge National Laboratory and member of the committee writing the standard for wireless vehicle charging. “One expectation from a self-driving vehicle is to receive your power wirelessly without handling a cord or a wire or a plug,” Onar told IEEE Spectrum.

Andy Daga, CEO of Momentum Dynamics, agrees. “Self-driving vehicles will require an automatic connection to the grid without any manual intervention," he remarked.

Initially, the idea was that a self-driving car would position itself over a charging pad between rides. Ultimately, the infrastructure would be put in place which would allow the car to continually charge its battery while it travels. This would allow car manufacturers to use a smaller and lighter battery than those required for today's electric vehicles. This, in turn, would give car manufacturers more freedom to play with a vehicle's design. Daga says that Momentum’s high-power chargers can already recharge electric bus batteries in a matter of minutes, allowing them to be in service virtually 24 hours a day.

However, wireless charging for self-driving cars is still in its early stages. A company called Plugless Power offers one-off home charging units for owners of Nissan Leafs, Chevrolet Volts, or Cadillac ELRs, but public infrastructure remains almost unheard of. This might start to change late next year, when Onar expects his committee at The Society of Automobile Engineers to issue its final standard.

There is nothing to prevent either wireless charging system from being used on a self-driving car, according to Onar. “The additional power requirement for self-driving vehicles, even with a heavy computational load, is manageable,” he says. “And while interference may be a problem, shielding should mean that the passengers and the other electronics on the vehicle shouldn’t be affected.”

Momentum Dynamics and Hevo Power declined to confirm any involvement with Google, and Google itself noted only that it tests many different technologies for its self-driving vehicles. All the prototype cars currently being tested in public are recharged using traditional conductive charging cables.

Read This Next
From Our Partners
Save On Learning New Skills With These Pre-Black Friday Doorbusters
From Our Partners
Build A Robotic Toy Car With This DIY Self-Driving Vehicle Kit
From Our Partners
Act Fast And Get These Top eLearning Bundles For $15 Each
From Our Partners
Build Your Own Self-Driving Car With This DIY Kit
From Our Partners
Build Your IT and Ethical Hacking Career With These Training Packages
More on Sci-Fi Visions
Step One
5:33 PM on the byte
World’s Third Richest Person Says He’s Developed "Addiction" to ChatGPT
Mouse Bot
Yesterday on the byte
Scientists Build Gruesome Robots That Move With Mouse Muscles
Hair Locker
Jan 14 on futurism
NFL Star Sues Company for Implying It Gave Him a Hair Transplant
READ MORE STORIES ABOUT / Sci-Fi Visions
Keep up.
Subscribe to our daily newsletter to keep in touch with the subjects shaping our future.
+Social+Newsletter
TopicsAbout UsContact Us
Copyright ©, Camden Media Inc All Rights Reserved. See our User Agreement, Privacy Policy and Data Use Policy. The material on this site may not be reproduced, distributed, transmitted, cached or otherwise used, except with prior written permission of Futurism. Articles may contain affiliate links which enable us to share in the revenue of any purchases made.
Fonts by Typekit and Monotype.