Get to know Vega: 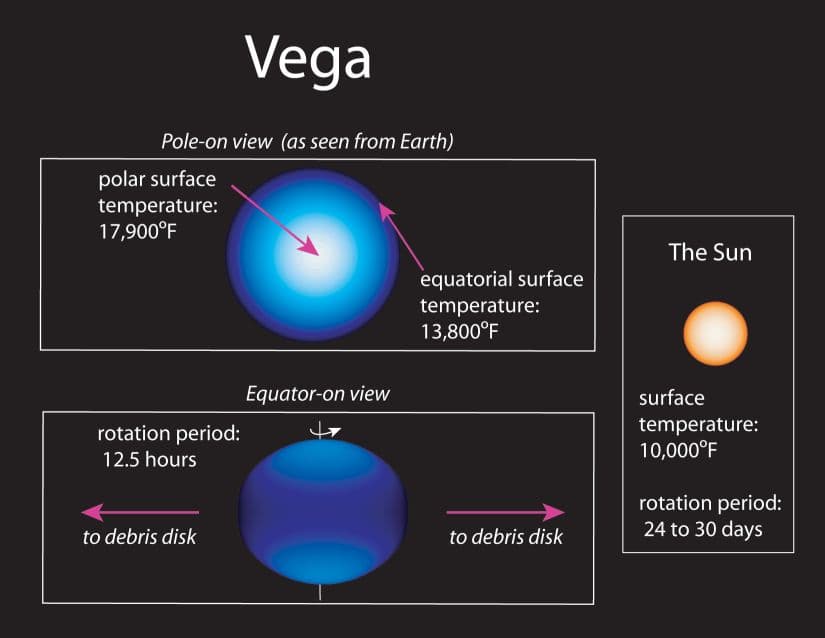 Vega (also called Alpha Lyrae and, no, it was not named after the guy in Street Fighter) is one of the most important stars in the sky...after our Sun, of course. Located in the constellation of Lyra, Vega is the 5th brightest star in the night sky and the 2nd brightest in the northern celestial hemisphere. At 25 light years away, it is the 6th star closest to our Sun and the brightest of the Lyra constellation, thus having the nickname "The Harp Star."  The name Vega derives from the Arabic word for Stone Eagle.

In Japenese mythology, one of the stories goes that Tanabata or Orihime (known as Vega) fell in love with a mortal Kengyu or Hikoboshi (known as the star Altair). After Orihime's father, Emperor Tentei, found out about their love, he forbade them from seeing one another and placed them in the sky separated by the celestial river (known as The Milky Way). Every year on the seventh day of the seventh month Hikoboshi tries to cross the celestial river to be with his love, but he is unable to cross, and Orihime's tears of sadness can be seen streaking through the skies (known as the Perseid Meteor Shower). It is for this reason that the Tanabata festival is celebrated in late July and early August in Japan.

Vega is a pale sapphire colored star, and its current age is estimated to be about 455 million years old. It is roughly 2.5 to 2.7 times the radius of our sun but, because of it's rapid rotation, the diameter of it's equator is larger than the radius of it's poles, making Vega more of an egg-shaped star than a sphere. Vega's lifespan is estimated to be about a billion years old (1/10 the age of our sun), after which Vega will turn into an M-class Red Giant and will eventually turn into a white dwarf.

Vega has made some significant contributions in our studies of stars. It became the first star (after the sun) to be photographed, and it was the first star to have it's spectrum recorded. It is surrounded by a disk of circumstellar dust that is similar to our solar system's Kuiper belt. Vega's belt, according to NASA, was formed by a collision of two Pluto sized dwarf planets within the last million years. It has been hypothesized that Vega may have a planet that is 5-10 times the mass of Jupiter. More studies are being done at the moment to confirm whether this hypothesis is true.

So if you live in the Northern Hemisphere and are out at night this summer, take a look up and see if you can spot Vega. Once you spot it, think of the lovely story that accompanies this star. And as you do so keep in mind that, in the celestial heavens at least, love lasts forever.