Genetics and the Benefits of Inbreeding: 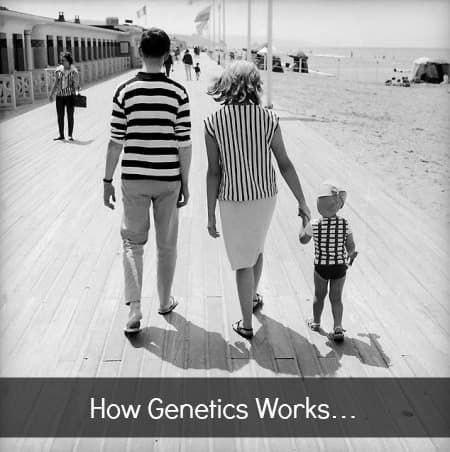 Generally speaking, inbreeding is a bad thing. To be clear, I am not making cultural commentary regarding the social taboo of sleeping with your cousin. I am saying that literally inbreeding is not good from a genetic aspect. When two related individuals mate, it can lead to higher infant mortality rates, dwarfism, increased instances of hemophilia, slower growth rate, loss of immune system function, and a host of other health issues and genetic deformities.

And these negative effects are not exclusive to humans; inbreeding is bad for all species.

You have probably heard the old phrase, “diversity is the spice of life” (or "variety," same thing). Well, diversity is more than something that keeps life unique and interesting—it is something that literally keeps us alive. An animal may carry 10 nasty recessive diseases but not produce any offspring that are affected by this disease. This is because the animal with all of the nasty diseases it is being bred with an animal with a completely different set of good and bad genes. Ultimately, this means that the good genes typically overpower the bad genes (so to speak). They only way to get a disease is if both parents have the recessive gene that transmits said disease, which is, statistically, rather unlikely.

Conversely, an inbred animal may only carry two nasty genetic defects, but produce one or the other genetic disease in nearly half of its offspring because it is being line-bred. In essence, we need individual differences to ensure that genetic abnormalities (which are usually recessive traits) are not being passed on to our offspring. When two unrelated individuals mate, the shuffling of genetic traits helps to ensure that there are no irregularities. When related individuals mate, there is less shuffling, so there is a greater chance of aberrations ie., a greater chance of bad things happening.

But, as it turns out, inbreeding isn’t always bad.

However, this does not mean that inbreeding is a good thing (it’s not). For starters, it always results in a poorer immune system. Dr. Heather Lorimer explains the relationship between immunity and inbreeding by noting that a creature’s immune system is dependent on diversity:

"[The immune system is] an amazing, intricate, system designed to fight off every potential foreign invader. When an animal has identical copies of its immune system genes, the immune system becomes limited in its ability to ward off disease. The end result is an animal that can fight off some diseases very well, but is extremely susceptible to others.”

So a creature might be totally resistant to one disease…but it won’t matter much, as it will likely die an early death because of another disease to which it is extremely susceptible.