Galaxy Clusters in the Early Universe? 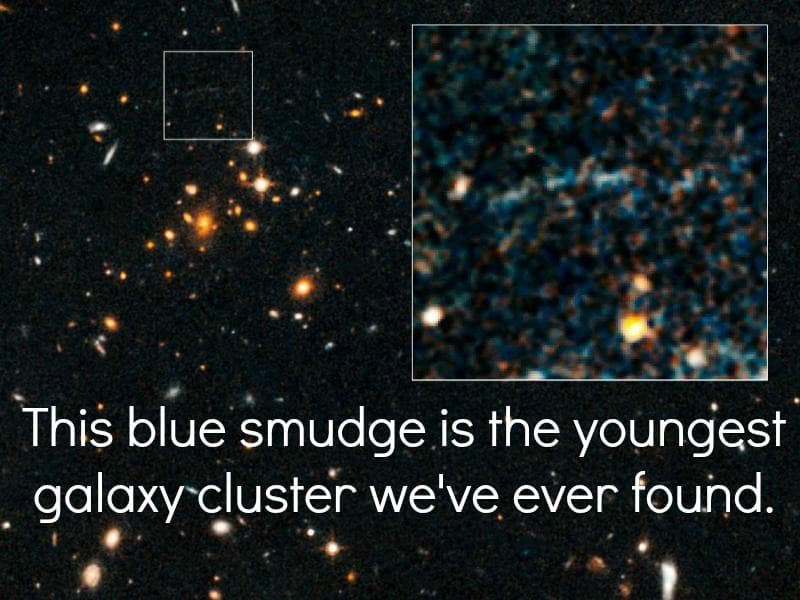 So, what is so rare about this one? It formed only about 3 billion years after the big bang. On a galactic timescale, that is fast. Really fast.

If finding this cluster wasn’t weird enough; visible in the picture is a galaxy behind this cluster that has undergone gravitational lensing. For an object that far away to be lensed (to a visible degree), it needs to be really bright; making this particular pair of objects, an astrophysicist's golden egg. I mean, it's a very bright and a very young galaxy cluster, that's pretty cool.

Scientists are excited to look for and study these objects further. This may eventually lead them to a better understanding about the conditions of the universe shortly after the big bang.