Our Future in Space: Will Humanity Ever Get to Another World?

New Horizons gave us our first real look at Pluto. Will the advances of the next century let us see it with their own eyes? 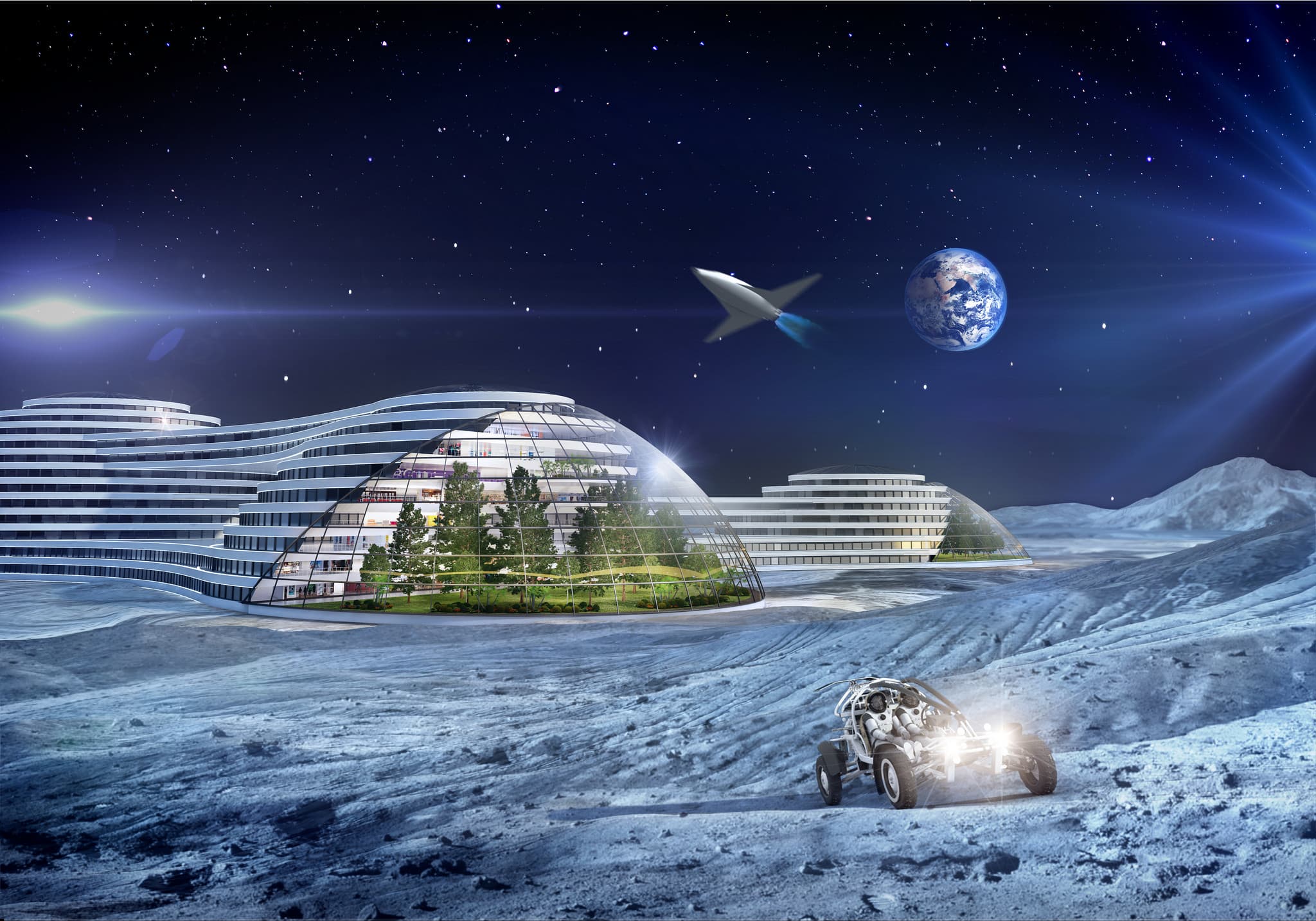 This is Part IV in a four part series. See Part I here.

The World of Tomorrow

Samsung has released its “SmartThings Future Living Report.”  It’s a serious look at the topography of the future, at least in terms of its technological promise, and what that will mean for our lives and how we live them.  It’s an extrapolation of current technological trends, as all such predictions inevitably are; but it’s less extravagant than most, more restrained and rooted in scientific realities, and it has a convincing ring of truth to it.

Are we confined to the Earth forever, or will we finally one day move beyond the cradle?  The authors of the Samsung report have some interesting answers.

The first step, they imagine, is the creation of really powerful imaging instruments—and really big ones, too.  After all, we want to know what’s out there.  So by 2116, we’ll have finally created the 100-meter telescope—the Holy Grail of astronomy, a window onto the universe so vast it’ll make the Hubble (and even the forthcoming James Webb) look like that old wooden telescope Galileo used so many centuries ago.

Imagine being able to map and name oceans and continents on exoplanets hundreds of light-years away; imagine being able to watch solar flares on Betelgeuse, or observe fiery matter as it falls into the event horizon of a distant black hole—imagine seeing the artifacts of a non-human intelligence in a remote solar system.

So, when combined with improved gravitational wave and neutrino detectors and high-resolution telescopes in every part of the electromagnetic spectrum, the 100-meter (and beyond!) telescope will mean we can pretty much rove the universe at will—seeing nearly everything for light-years around us.

But for those who prefer the hands-on approach, there’ll still be plenty to do.

Commercial space flight will become a reality in a truly universal sense, drastically cutting the length and cost of transcontinental travel. By this time, we will have become a nomadic civilization, perhaps further blurring national and racial distinctions by heading to the moon and other planets to set up homes.

Orbital hotels will be premium destinations for the vacation set, and even a quick jaunt to the Moon might not be out of the question.

Further afield, we can expect colonies on Mars, and we will use the abundant subsurface water now believed to exist on the planet to survive and thrive.

There will probably be fitful attempts at the human exploration of the Outer Planets—the first man (or woman) on Mars will be so passé, but the first human to swim in the methane lakes of Titan, or scale the cliff walls of Serenity Chasma on Pluto’s moon Charon…those will be the exciting new targets for thrill-seekers, adrenaline-junkies, and adventurers.

As Dr. Maggie Aderin-Pocock, one of the report’s authors, sagely predicts: “The next giant leap will see earth as so last century, as we start colonizing space.”

We’ll colonize the Moon, Mars, the solar system—and then we’ll move on, out to the near stars, to Alpha Centauri, Sirius, Epsilon Eridani, and then into the galaxy beyond.  Perhaps that’s a little optimistic for the next hundred years, but advances in light sail technology and antimatter propulsion could easily make this a reality in the coming century.

History loves to throw us a curveball.

But one thing we can be certain of: Given the ever changing nature of our world, where things come and go in an instant, the only really predictable thing is that nothing’s predictable, and the future will have some surprises in store for us that we can’t even begin to imagine today.

Can’t wait to see what they are.

Read This Next
A Sip of Opal
NASA Discovers Precious Gemstones on Mars
Shot Well
Head of NASA Relieved to Hear Elon Musk Isn't REALLY Running SpaceX
Martian Oases
Scientist Proposes Growing a Forest Inside a Bubble on Mars
Psychological Warfare
Experts Excoriate NASA Report Claiming James Webb Wasn't Homophobic
Monkey Business
China Plans to Send Monkeys to Space Station to Have Sex With Each Other
More on Off World
Stunning Centaur
3:13 PM on the byte
James Webb Spots Asteroid With Its Own Saturn-Like Rings
Grrrrrrrr
Yesterday on the byte
Internet Erupts as NASA Spots Cartoon Bear on Surface of Mars
Gl1tc4
Yesterday on the byte
NASA Says Another James Webb Instrument Has Suffered a Glitch
READ MORE STORIES ABOUT / Off World
Keep up.
Subscribe to our daily newsletter to keep in touch with the subjects shaping our future.
+Social+Newsletter
TopicsAbout UsContact Us
Copyright ©, Camden Media Inc All Rights Reserved. See our User Agreement, Privacy Policy and Data Use Policy. The material on this site may not be reproduced, distributed, transmitted, cached or otherwise used, except with prior written permission of Futurism. Articles may contain affiliate links which enable us to share in the revenue of any purchases made.
Fonts by Typekit and Monotype.