The World of Tomorrow: What Will Your City Look Like in The Future? [Sponsored]

Join Futurism, MoMA, and Allianz for a panel discussion on the future of cities. 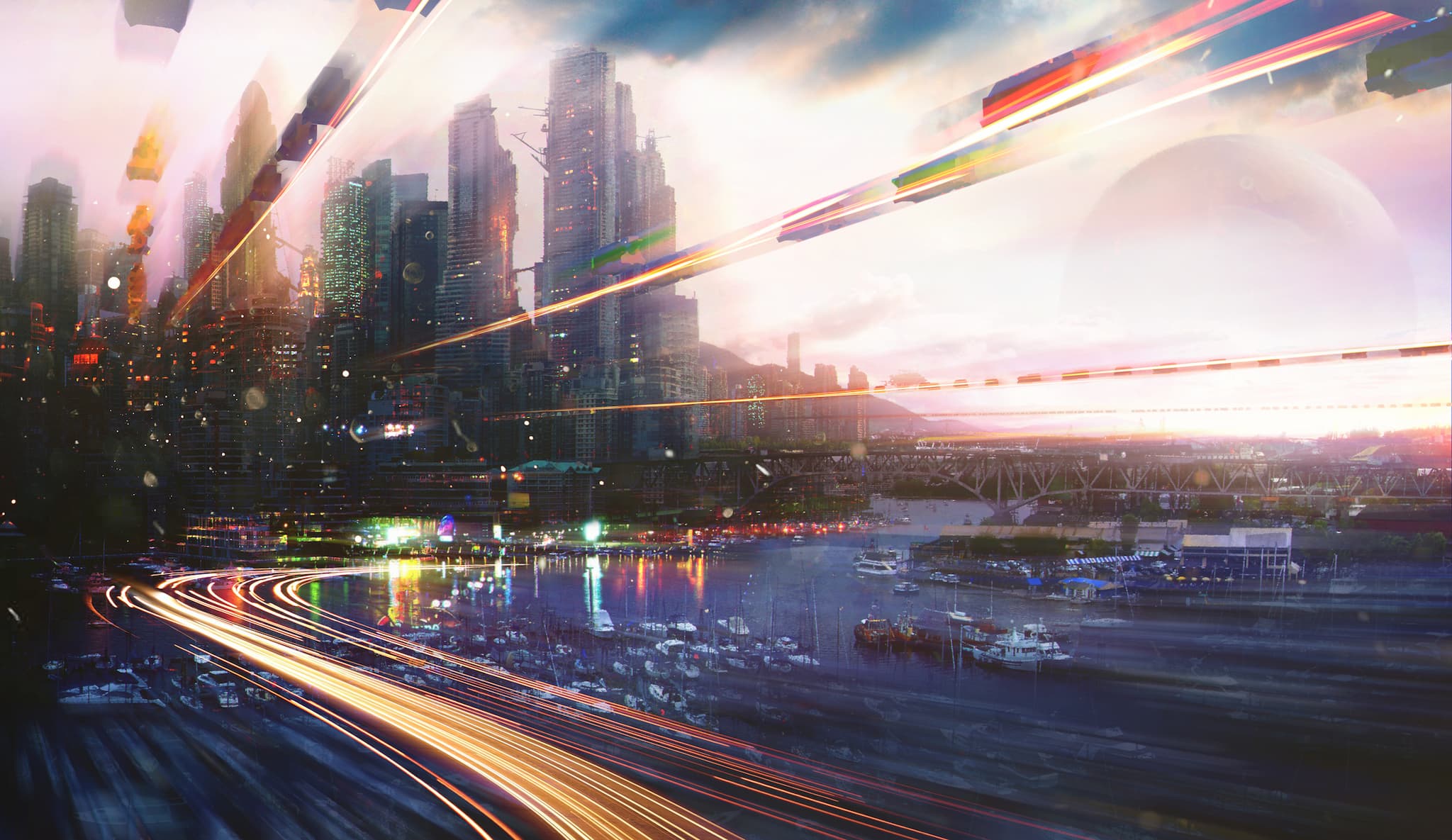 Picture the world of tomorrow, like, far future tomorrow. What does it look like? Is it the same setting featured in your favorite sci-fi film – complete with flying cars, skyscrapers that reach the outer atmosphere, and an abundance of other high tech features? What about a shorter timeline. Are Elon Musk's hyperloop and Dubai's shape-shifting skyscraper there? Seemingly far-off ideas of what a city can be are materializing. And it's all happening at an unprecedented pace.

As technologies advance, and researchers have those eureka moments, urban planners are adapting their plans to include each new innovation. Traditionally though, architects, artists, designers and engineers, haven’t always been on target with their visions. Today, so many iterations dreamt up by previous generations seem almost laughable. Which puts even more pressure on those leading the redesigns.

In many ways, designing future cities is no longer just about the most inventive architecture — these environments demand faster and accessible transportation, urban planning that encourages healthy lifestyles, and technologies that conserve resources – all wrapped up in aesthetically-pleasing designs. These aspects need to have the power to withstand the test of time.

That's a lot of pressure. We have the tools and resources available to put together our future cities, but how do we know the best way to do it? And if we don’t have the perfect roadmap for building our best metropolises, then what knowledge are we using when our cities unveil plans for massive infrastructure overhauls?

To answer these questions, Futurism is partnering with The Museum of Modern Art (MoMA) and Allianz to bring together some of the world's leading urban futurists for The Future of Cities panel on July 12 at MoMA PS1. These experts will delve into the logistics and rationale behind the future-focused redesigns we see happening in cities today, and what projects we’re likely to see down the line. The panel, moderated by Futurism’s CEO Alex Klokus, is a diverse mix of artists and scientists who lead their respective fields in city design including:

Beth Simone Noveck, Professor of Technology, Culture, and Society at NYU’s Tandon School of Engineering, is also a director of the Governance Lab – a research group focusing on technology’s role in government. For years, Noveck has been imagining and implementing new methods for community members to take larger roles in their government – expertise that earned her a position as the first United States Deputy Chief Technology Officer, and as the director of the White House Open Government Initiative from 2009 to 2011.

Paola Antonelli, the Senior Curator in MoMA’s Department of Architecture & Design, and the museum’s founding Director of Research & Development – a department leading the innovative institution into the future of museum curation. Considered one of the world’s leading experts on contemporary architecture and design, Antonelli emphasizes that design be treated as art, and has curated several future-looking exhibitions on concepts (such as our coming work environments) that support this point.

James Ramsey, founder of Raad Studio, an award-winning design firm based in Manhattan that focuses on pushing design boundaries while staying functional. Besides launching Raad, Ramsey worked for NASA to build the Cassini satellites. He also executed the Lowline, the world’s first underground park. The installation is miraculously lush with plant life, thanks to a fiberoptic technology Ramsey invented.

Rarely do experts from such wide-ranging backgrounds come together in one room to not only share where they see urban development going, but to develop new insights into their own work. Join us Thursday, July 12 for a glimpse into what these futurists have in mind for our coming cities, followed by a chance to mingle with other forward-looking attendees.

Not in New York? No problem. The lecture will also be live streamed.

Futurism fans: To create this content, a non-editorial team worked with Allianz who sponsored this post. They help us keep the lights on, and as such, this post does not necessarily reflect the views or the endorsement of the Futurism.com editorial staff.

Read This Next
From Our Partners
Social Marketing is Getting More Personal(ized)
FROM OUR PARTNERS
5 Best Fat Burners
FROM OUR PARTNERS
Best CBD Dog Treats: 15 Best Products
From Our Partners
This Is What The Future of Farming Looks Like
Brands We Love
Global Challenges Spur Innovative Solutions at MistyWest's FOUNDERS & FRIENDS
More on Future Society
Balloon News
Yesterday on futurism
China Says "Spy Balloon" Soaring Over America Is Completely Innocent
Down in Flames
Wednesday on the byte
Elon Musk Apparently Thinks Twitter Is a "Flaming Dumpster Rolling Down the Street"
All Tomorrow's Pa...
Wednesday on the byte
Party Startup Says It Has Zero Plans to Make Any Money With Investors' Funds
READ MORE STORIES ABOUT / Future Society
Keep up.
Subscribe to our daily newsletter to keep in touch with the subjects shaping our future.
+Social+Newsletter
TopicsAbout UsContact Us
Copyright ©, Camden Media Inc All Rights Reserved. See our User Agreement, Privacy Policy and Data Use Policy. The material on this site may not be reproduced, distributed, transmitted, cached or otherwise used, except with prior written permission of Futurism. Articles may contain affiliate links which enable us to share in the revenue of any purchases made.
Fonts by Typekit and Monotype.