Futurism
8. 16. 15 by Will Offit
/FromQuarkstoQuasars

Measles Outbreaks and the Separation of Public Interest 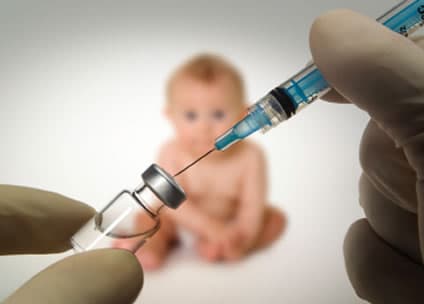 -Dick Hess, father of Stuart Hess, who was murdered at age 24

In theory, journalism is the most reliable informer for the masses. In practice, that is not always true.

Take the case of the Ohio and California measles outbreaks in 2014 and 2015 respectively.

Measles is a bad disease. It causes severe rash and fever that lasts a week and kills one in every 1,000 children. Measles was devastating in Ohio, where 383 people acquired the disease. Measles was not as bad in California, where 117 people acquired the disease. Measles in Ohio broke out in an isolated Amish community, while measles in California broke out in a public area: Disneyland.

Because of this, measles was six-times more reported in California.

The media deceives the public by under-reporting the measles outbreak in Ohio, even though the outbreak caused a lot of harm.

This underreporting happened for a variety of reasons, the most heinous of which is the journalistic incentive to write articles that maximize the number of readers and the lack of incentive to write articles that maximize the scientific accuracy. This underreporting happened also because a public area like Disneyland is more likely to impact a reader’s child than an isolated area like the Amish community.

Media portrayal of the outbreak is important because our awareness has the power to change the rules.

In June, Governor Jerry Brown of California signed legislation that prevents philosophical and religious exemptions for mandated vaccines in schools.

Because of Jerry Brown’s bill, parents no longer can check a box that prevents their child from going to school without the MMR (Measles, Mumps, and Rubella) vaccine. This bill makes measles outbreaks less likely to occur and may save the lives of children.

Whether or not these lives are children of readers who followed the California outbreak does not matter. The lives of all children matter.

And yet, nothing has happened in Ohio.

The question is does there need to be a measles outbreak in a public location in Ohio in order to get rid of vaccine exemptions. The answer is that there does not.

The values of journalists must change, where the lives of the readers are prioritized over page clicks. This takes time and perhaps takes the overhauling of a system.

Despite this, there is a solution. The solution is to keep writing because with the power of ideas, comes the power of change.
In practice, journalism can become the most reliable informer for the masses.